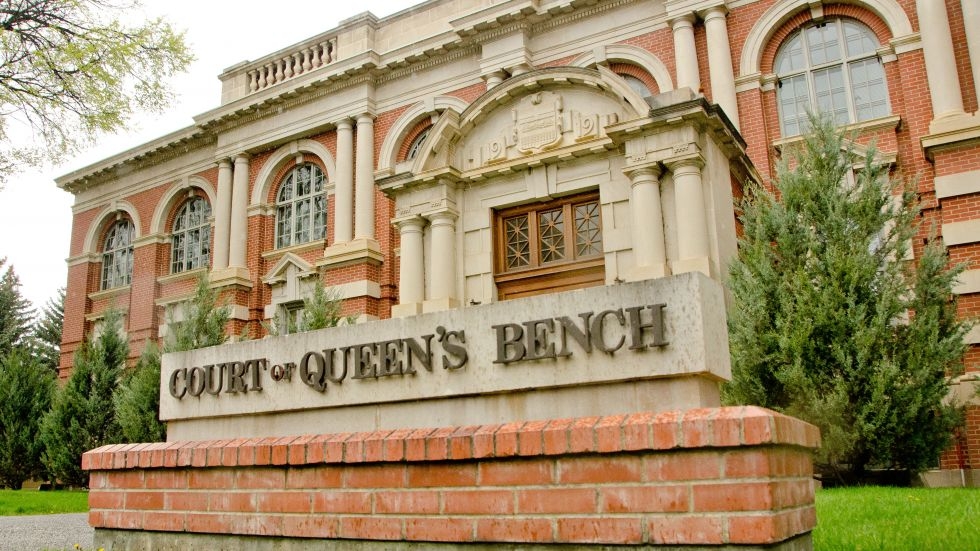 Prosecutors have stayed a charge of aggravated sexual assault against an Edmonton [person] accused of passing the AIDS virus to a sexual partner after the Crown’s key witness fell apart under cross-examination.

Police announced the charge against [them] in 2018 and released his photo and HIV status on the belief there might be other complainants due to his work in the sex trade. The move faced harsh criticism from a local AIDS organization and Sarah Terry, Taylor’s lawyer, said that to her knowledge no one else came forward.

“I think EPS should have taken a much more critical eye to the evidence that was before them,” Terry said in an interview. “They had multiple statements (from the complainant) spanning over a year and a half, and the inconsistencies were glaring to me, just from a cursory view.”

“I have strong issues with these sort of charges being laid against anyone, as this is a public health matter,” she added. “To capture it in the criminal justice system, I think, is deplorable.”

Postmedia is identifying the complainant in the case as D.N. because of a court-ordered publication ban. During direct examination, he was calm and deliberate, saying he picked X up on an Edmonton stroll in December 2016, had unprotected sex with [them] twice, and was diagnosed with HIV in February 2017.

He said during their first alleged encounter, X went by the name Tatiana and presented as a woman.

When challenged on those details during cross-examination , however, D.N. was agitated and defensive, raising his voice at Terry as she brought out that D.N.’s testimony was substantially different from what he told police officers and health officials.

Terry concluded her examination by charging that D.N. either has a completely unreliable memory or was fabricating his story.

“You engaged in transactional sex and became infected with HIV,” she said to D.N., summarizing the defence theory of the case. “You were looking for someone to blame for your own risky choices and feelings of shame. You went online and found someone who met the description of a Black trans (sex) worker. You stalked them online, became obsessed until you were contacted by police.”

“It would appear you’d be willing to say anything to convict Mr. X.”

D.N. disagreed, saying he was telling the truth and would swear on his parents’ cremation urns.

After lunch Friday, prosecutor Vernon Eichhorn told Justice Anna Loparco that the  Crown was staying the case. Though rare, cases that are stayed can be revived by the Crown within one year.

On the first day of cross-examination, Terry revealed that police initially became aware of D.N.’s allegations after officials with an AHS HIV program reported him for allegedly uttering threats against X and other people with HIV.

She noted D.N.’s testimony on how he met X, what sex acts they engaged in, how he paid and how many times they spoke was inconsistent with his earlier statements to police and health-care workers. D.N. left court Wednesday after shouting at the Crown that the charges should be dismissed.

On Friday, Terry played a recording of an interview D.N. gave to police, in which he flew into a rage when recounting how an AHS official allegedly voiced the sentiment that the sex trade is “buyer beware.”

“Which of course pissed me off, because the medical officer of health basically said, ‘(D.N.), you ain’t nothing but a john, and you can f–k off and die,’” D.N. said on the recording. He then shouted, “This slimy goddamn piece of s–t can infect as many g—–m people as it wants.” D.N. covered his ears and closed his eyes when the recording was played in court.

Terry also brought out inconsistencies in D.N.’s statements about how many sex partners he’d had while using condoms before and after his alleged encounter with X. In court, he said he had sex with a woman in January 2017, before receiving the results of an HIV test.

Terry said her client is relieved and wants to move on with life. She said the Crown should review its policies in the wake of the aborted case against X.

The Crown did not immediately respond to requests for comment.

Court adjourned early on Wednesday afternoon after the complainant in an aggravated sexual assault case was subjected to hours of intense cross-examination.

X is accused of transmitting HIV to an unwitting sexual partner who paid [them] for sex in December 2016.

The complainant, who can only be identified by the initials JM, found out in February 2017 that he was HIV positive.

JM said he reported his suspicions about X to health authorities and testified they attempted to reach X.

“Eventually I sent text messages to X, informing [them] that if [they] continue to ignore phone calls … that [they] would leave me no choice other than to go to the Edmonton Police Service and report [them] and make a complaint,” JM testified at a X’s trial in Edmonton Court of Queen’s Bench.

He admitted he was “extremely angry” at the time.

“At this time, my anger was getting the best of me,” JM said. “I felt that I was almost losing control and that if something wasn’t done, then there could be a meeting between myself and X.”

JM said Edmonton police contacted him in July 2017 after two health-care practitioners passed along their concerns about threats that JM was making against others including X.

He said being investigated for uttering threats made him even more angry.

During cross-examination, the 59-year-old admitted he was agitated at the time and prone to outbursts.

“I have mental health issues as well as other issues that I believe cause me to feel that I am discriminated against,” JM testified.

The jury was told that police ultimately decided not to charge JM with uttering threats. Before they charged X with aggravated sexual assault, officers interviewed JM as a complainant.

During relentless cross-examination by defence lawyer Sarah Terry, a number of inconsistencies were exposed between JM’s testimony during the trial and the earlier statements he gave to police.

In his first police interview, JM told a constable that he uses condoms during sex about 90 per cent of the time. He admitted that he later told a detective he always uses condoms.

“The likelihood of someone who is so diligent about using condoms all the time and yet not doing it during the riskiest sex is highly unlikely would you agree?” Terry asked.

“I may agree, I may disagree,” said the increasingly agitated witness.

JM told a constable that he had sex with multiple female partners “probably in January” 2017, but later in a videotaped statement with the detective, JM said the last time he had sex with anyone other than X was in 2015.

When pressed by the lawyer, JM said, “I would agree there’s more sexual partners than just X in that date range.”

JM also revealed that he was tested for HIV in November 2016, the month before he paid X for sex. That test was negative.

He requested another test on Jan. 7, 2017, and found out the next month that he was HIV positive.

JM has also testified that his sexual encounter with X was random. He said he spotted the accused on a street corner after midnight in December 2016, dressed like a woman and using the name Tatiana.

But when he was first interviewed by police, he told the constable he first contacted Tatiana through a website used by escorts.

He told the jury that he and X had two sexual encounters; however, he only talked about one when he gave a sworn statement to the police detective.

The cross-examination is scheduled to resume on Friday morning.

A jury will decide the fate of an Edmonton sex worker accused of aggravated sexual assault.

On Tuesday, the Edmonton Court of Queen’s Bench jury was told X twice had sex with a man in December 2016 without using protection or revealing that he was HIV positive.

The client’s identity is protected by a court-ordered publication ban and can only be identified by the initials JM. The 59-year-old contracted HIV shortly after his second sexual encounter with X.

“When I first found out I was HIV positive in early February 2017, my thoughts were [that] life was over and I would go home that night and I would commit suicide,” JM said on the witness stand, fighting back tears.

Crown prosecutor Vernon Eichorn said X, 31, later told police that [they] was diagnosed with HIV in 2013 and never took any treatment to manage [their] infection.

JM told the jury that he was driving home in December 2016 early in the morning when he spotted a person who he thought at the time was a woman. He said he pulled over and X asked if he wanted to “go out.”

JM said X told him that [their] name was Tatiana.

JM drove X to his house. After some discussion in the living room about drugs and how X got involved in the sex trade, the pair moved to the bedroom. He quickly discovered X was a male cross-dresser.

Crown prosecutor Clint Clouston asked JM what he was thinking at the time.

The witness crossed his arms and paused before answering.

“That this could be different,” JM testified. “I was curious. I did not know what this was truly about and made the decision to go forward.”

The Crown asked what went through his mind following sex.

“I’m not sure how I felt,” JM said. “I guess I was just not thinking. Certainly not thinking of a sexually transmitted infection.”

He confirmed no condom was used and there was no discussion about condom use or HIV.

“If you had known at the time that that individual was HIV positive, would you have agreed to engage in sex that evening?,” the Crown asked.

“No I would not,” JM replied without hesitation.

X does not carry condoms’

He picked up X near an LRT station and once again brought [them] back to his house to have sex.

Again there was no discussion about HIV or condom use, he said.

“X does not carry condoms,” JM testified. “X knows exactly what X was up to.”

By the time X suggested a third hook-up, [they] was deathly ill, JM said.

Ultimately he was diagnosed HIV positive in February 2017 and began treatment.

Edmonton police launched a criminal investigation more than a year later in May 2018.

The trial is expected to last two weeks.