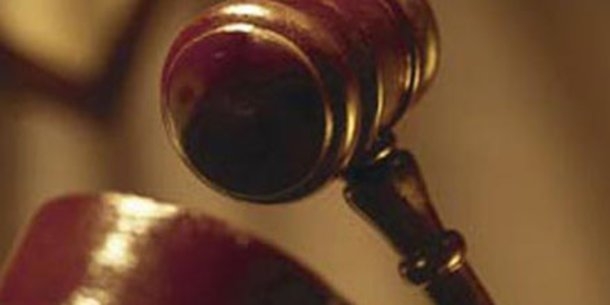 How many women has X knowingly exposed to HIV? Authorities look for more victims

Active in Nashville softball rec leagues for years, X — locked up last week — is believed to have had sex with dozens of women who never knew he exposed them to a potentially deadly virus, authorities say.

Authorities last week locked up an HIV-positive man they believe may have infected dozens of women by having sex with them without first disclosing he has the potentially life-threatening virus.

Now, police, prosecutors and two victims are urging women who’ve had sex with the 41-year-old man  — active in Nashville adult softball leagues for years — to get tested for HIV.

Metro Police and the district attorney’s office also said they will pursue additional charges against X if more of his sex partners come forward.

“And we’re here for any victims who have the strength and courage to come forward,” Melby said. “We want them to know we’ll support them no matter what the circumstances.”

The prosecutor said there are likely dozens of women in Tennessee and other Southern states whom X exposed to HIV.

X, a Nashville native and former high school athlete, was a warehouse worker living in Carthage, Tenn., before he began serving a six-year sentence Sept. 30.

He could not be reached for comment. X’s lawyer, Bobby Ballinger, declined comment other than to say X apologized to the victim during the sentencing hearing.

“He was contrite at the sentencing hearing,” Ballinger said. “He got sentenced and he’s doing his time.”

Davidson County Criminal Court Judge Steve Dozier found X guilty of the felony charge of criminal exposure of another to HIV. The judge gave X the maximum jail time for the offense.

Prosecutors accused X, who was married at the time, of infecting a softball league friend with whom he was sexually active. That friend, who asked not to be identified in court documents or in this story, said X never told her he had HIV, a virus that attacks the body’s ability to fight disease.

In fact, she said, X feigned surprise and concern when she called in September 2016 to say she tested positive for HIV.

In between multiple HIV tests, she asked X if there was anything she needed to know about his medical history, and he texted back “No.”

And one of X’s ex-girlfriends, Nashville native Marvelyn Brown, testified at X’s sentencing that she told X he gave her HIV in 2003.

Brown, now a New York-based HIV/AIDS activist, wrote a best-selling book in 2008 called The Naked Truth in which she refers to the man who infected her only as “Prince Charming.”

But in court last week — and on her social media and in an interview with The Tennessean — Brown identified “Prince Charming” as X.

Brown said she felt vindicated and relieved when X was sentenced to jail.

“(I’m happy) knowing where he is so he cannot keep doing this,” she said.

“I feel better knowing and hoping other women will come forward.”

Authorities said it’s a felony to be HIV-positive — or to have hepatitis B or C — and have sex with someone without first telling them about those medical conditions.

The victim doesn’t have to get infected for a crime to be committed, Melby said, just exposed to HIV or hepatitis B or C.

X didn’t use a condom when having sex with the victim who pressed charges, according to the victim and Melby.

“He knowingly infected someone with HIV knowing that he had it, knowing that he could prevent it by taking his medication and by using other forms of protection during their relationship,” Melby said. “And he still chose to be reckless with other people’s lives.”

In an interview with The Tennessean, the prosecuting victim added: “I hope that at least those other women get tested.”

“My charges against him was payback for betrayal of all the women he didn’t tell. All those women are rolled up into one, and that’s me,” she said.

Authorities came to that conclusion after the victim who pressed charges discovered a series of private messages in X’s Facebook account.

Those messages revealed X had had sex with as many as 19 women in the last two years, authorities said.