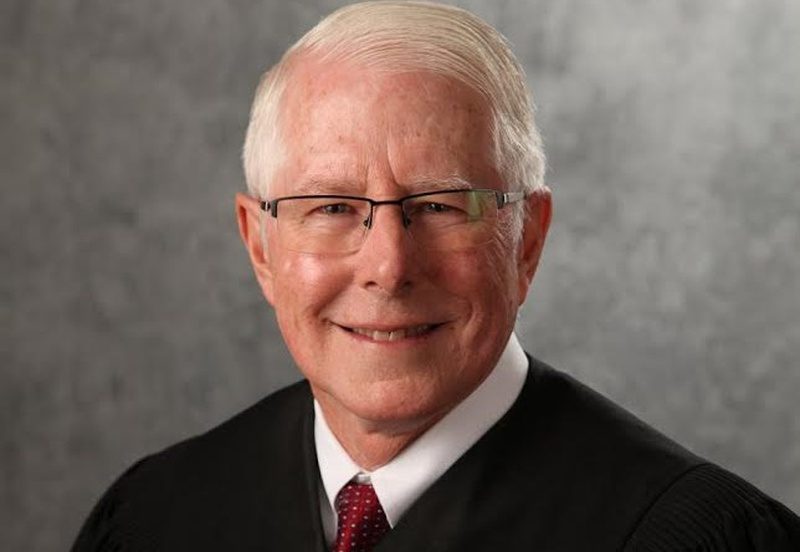 The County in Michigan Where HIV is a Crime

Three weeks ago, Corey Rangel was pulled over in Cassopolis, MI for having a loud muffler. The officer ultimately cited Rangel for driving without proof of insurance and without corrective lenses – minor infractions, but nonetheless an infraction he would have to report to his probation officer. He was nine months into his probation for drug-related charges, during which he had maintained his sobriety.

In my conversation with Corey about his case, he says that this is where things started to go awry. In Corey’s words, the probation officer originally waived the minor infraction. “Basically, he told me that I was a model example of how drug courts can work – and not to worry.” But several hours later, he got an ominous phone call: Report to jail immediately. And don’t forget to bring your phone.

When he reported to jail, authorities demanded that he hand over his phone and the password to open it. “I was scared and didn’t know what I could or couldn’t do – and I didn’t have anything to hide. So I did it.”

Apparently, the police spent the next several days calling contacts in Corey’s phone and asking them whether they had sex with Corey and whether they knew he was HIV-positive.

Corey’s friend Nico received one of those calls. I spoke with him about his conversation with authorities. “Officer Andrew called me and said he was speaking on behalf of Corey, and asked me if I knew ‘about’ him – like in reference to his status of HIV undetectable. I said he told me about that. Then he started asking if we had been intimate. It seemed like he was uncomfortable asking those questions and it was pretty shocking.”

It is, in fact, shocking – especially given the fact that Michigan law expressly forbids authorities from engaging in such actions. Indeed, the ACLU of Michigan fired off a letter expressing concern about Corey’s “outrageous and unacceptable” treatment. The letter cites a Michigan law forbidding the disclosure of another person’s HIV status without their permission. “MCL 333.5131 makes it very clear that information pertaining to a person’s HIV status is confidential and can only be released under particular circumstances.” Violating these provisions is classified as a misdemeanor.

Nonetheless, Corey is scheduled for another hearing Monday, April 4 at 1:30 PM in front of Cass County Circuit Court Judge Michael E. Dodge. Things do not look good. At his preliminary hearing, the prosecutor called Corey “deceitful” and “dishonest,” without providing any basis for these accusations. Authorities have thus far failed to turn over basic records about Corey’s case to his defense attorney, making it all but impossible for him to receive a fair hearing. His friends and supporters are gravely concerned that Corey’s HIV status is biasing Corey’s treatment and that he is at risk of being sent to prison for years for a very minor infraction – an infraction that would not normally be punished so harshly.

Corey’s treatment is sadly not unusual in Michigan. For my doctoral research at The University of Michigan, I reviewed every conviction under Michigan’s antiquated HIV disclosure law since the law was enacted in 1989. That law makes it a felony for an HIV-positive person to engage in “sexual penetration” without first disclosing their HIV-positive status – whether or not that sexual contact poses any risk of transmission.

When I learned about Corey’s case, the judge’s name jumped out at me. I realized after reviewing my records that there was a troubling reason: Judge Dodge is exactly the same judge who sent an HIV-positive dancer, Melissa Goodman, to prison in 2009 for giving a lap dance.

Of the many criminal cases I reviewed for my dissertation, Goodman’s was perhaps the most disturbing. Goodman was arrested after a raid on a strip club in which she danced. Local media outlets at the time reported her case in vague terms, stating simply that she had engaged in “sex acts” with a client without disclosing her status. When I finally tracked down the transcripts from Goodman’s plea hearing, I realized that the media was being evasive about what really transpired.

Let me quote directly from the transcript where the prosecutor asks the detective on the case what transpired between a confidential informant and Goodman:

Q Can you tell us, sir, did he indicate receiving a dance or dances from her?

Q Did any of that include any type of sexual penetration, and if so, please explain?

A He received several dances from her.

Q Let me focus you particularly on a situation involving a penetration with his nose or nasal area of his face.

A He would pay her twenty dollars a song for a lap dance, and on this occasion she was topless, she began dancing, started grinding on him, trying to arouse his penis. At one point she exposed her vagina area to him and placed it on the tip of his nose and began grinding on his nose with her vagina.

Q Did the confidential informant indicate that his nose actually went inside or penetrated her vaginal area?

Yes, you read that correctly: Judge Dodge convicted Goodman in 2009 for allegedly allowing a man’s nose to penetrate her vagina. Even if it were true that the client’s nose penetrated her vagina (a fact that seems highly unlikely), HIV has never been transmitted through nasal-vaginal penetration. But under Michigan law, risk is not part of the equation; you could argue that a pelvic exam would fall under the law’s purview.

Judge Dodge’s courtroom has already played host to one of the most troubling criminal cases brought under an HIV-specific criminal laws in recent memory. Will Judge Dodge let stigma prevail again on Monday?

If you are troubled about Corey’s treatment, call Judge Dodge at 269-445-4412 and demand that he treat HIV-positive people with dignity and respect. Tweet your concerns with #FreeCorey to the Sherriff @CassSheriff or to Michigan’s leading news source, MLive at @MLive or to local newspaper Leader Publications at @LeaderPub. And if you’re local, come out Monday to show your support for Corey at the Courthouse.