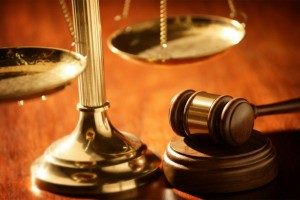 A former police officer accused of having unprotected sex with multiple women without telling them about his infection is heading to trial.

Being convicted of just one count could bring a prison sentence of up to 30 years for the 41-year-old ex-cop.

It’s unclear whether any of the women contracted HIV as a result of their relations with the officer. The felony charges are based only on the claim that he didn’t inform any of them he had HIV before they had sex.

Jury selection is set to begin Tuesday in one of the cases. Trials involving the other women will be held later.

Prosecutors say the crimes occurred in various Palm Beach County bedrooms from 2010 to 2013, when Saintclair was still on the force.

The South Florida Sun Sentinel is not identifying the women due to the nature of the charges.

Saintclair has pleaded not guilty on each count.

Neither Saintclair nor defense attorney Ade Griffin could be reached for comment Monday. Assistant Public Defender Perry Thurston Jr., who also represents Saintclair, also could not be reached despite calls to his office.

Prosecutor Brianna Coakley said she could not discuss the cases because they are pending.

Saintclair found out he was HIV-positive as early as April 2007, when he received blood test results as part of his job screening to become a cop, arrest records show.

Saintclair’s doctor, from a medical practice in Quincy in North Florida, notified the City of Greenacres that Saintclair was told about his HIV diagnosis and instructed to practice safe sex.

Dr. Carla M. Holloman also sent a letter to Greenacres officials explaining that “HIV infection would not preclude anyone from becoming, or working as, a police officer,” records show.

Last year, his attorneys were unsuccessful in attempts to keep juries from seeing these medical records based on a claim the files were obtained on the basis of faulty search warrants.

An investigation of Saintclair began in January 2014, after Saintclair’s ex-wife ed the Palm Beach County Sheriff’s Office with a complaint.

She said Saintclair told her about the HIV only after they had sex numerous times, reports show. Investigators said they could not bring charges concerning her claim because too many years had passed.

But the former wife then provided the names of several women she said were with Saintclair more recently. That’s what led to the charges.

One woman told a detective that she and Saintclair had a sexual relationship, including unprotected sex, from 2009 to 2013, without knowing about his HIV diagnosis, an arrest report states.

One woman, who said Saintclair wore condoms with her during a relationship from 2012 to 2013, said she confronted him after finding out about his infection.

“Saintclair laughed, told her he did not have HIV and said that his ‘ex’ was ‘real bitter’ and making up the allegations,” tthe woman said the officer told her. That woman said she was tested for HIV and the results were negative.

A former Greenacres police officer convicted of failing to inform his sexual partner of his HIV status was sentenced to eight years in prison Friday.

Judge Samantha Schosberg Feuer imposed the sentence X during a hearing at the Palm Beach County Courthouse. The sentence came after Saintclair was convicted in April on one count of uninformed HIV sexual intercourse.

During Friday’s hearing, Saintclair apologized for his actions and several family members spoke on his behalf, telling the court that he was a changed person.

“I made some bad choices and because of those choices I’m here,” Saintclair said during the hearing. “I took away a choice from the victim by not giving her the information she needed.”

His attorney, Sam Gershon, asked for a sentence of no more than the minimum of 21 months.

As Feuer made her ruling, she noted Saintclair’s career in law enforcement and said that he had put his accuser’s life in danger.

“Police officers are supposed to uphold the law and he put this individual in jeopardy numerous times,” she said.

Saintclair was arrested in January 2014 after a woman told authorities he failed to disclose his HIV status to her to during an off-and-on sexual relationship between 2009 to 2013.

A mistrial was declared in November after a jury failed to reached unanimous verdict and the case went to trail again in April.

Saintclair’s accuser, a now 40-year-old U.S. Postal Service worker, testified during the first trial last year and again in April that the two of them had unprotected sex throughout their relationship and at one point were trying to conceive a child.

During the trial, Assistant State Attorney Brianna Coakley presented medical records and testimony from doctors who examined Saintclair, telling jurors the former officer knew he was infected as early as 2007.

At the time of his arrest, Saintclair has worked as an officer for six years with the Greenacres Police Department, which was later disbanded when the Palm Beach County Sheriff’s Office assumed law-enforcement responsibilities for the city.

Saintclair also faces another legal action involving the same woman, plus three charges in connection with the case of a woman who said she had sex with Saintclair between March 2012 and November 2013 without him ever telling her that he was HIV-positive.

A hearing regarding those cases was set for June 26.

Nearly five months after a first jury could not decide whether Ervans Saintclair was guilty of exposing a sex partner to HIV without her knowledge, it took a new jury less than an hour Wednesday to reject the former Greenacres police officer’s claims that he didn’t know he was infected when he repeatedly had unprotected sex with the former neighbor.

Jurors convicted Saintclair on a single charge of uninformed HIV infected sexual intercourse, a first degree felony for which the 41-year-old potentially faces up to 30 years in prison when Circuit Judge Samantha Schosberg Feuer sentences him on May 31.

Feuer ordered Saintclair taken into the Palm Beach County Jail immediately after the verdict Wednesday, over objections from defense attorney Ade Griffin. Saint Clair had been free on $30,000 bond since his arrest in January 2014.

“He has maintained his innocence from the beginning and he continues to do so. Now we’ll just have to go through the appellate process,” Griffin said after the verdict.

Saintclair’s appeal will likely center on Griffin’s arguments, echoed from his first trial in November, that prosecutors did not present all the elements necessary for a conviction under the Florida statute that makes it a crime for someone who knows he or she is infected with the virus that causes AIDS to have sex without informing partners of the diagnosis.

Griffin tried unsuccessfully this week to convince jurors that prosecutors failed to prove that Saint Clair knew he was infected when he had sex with a woman with whom he was in an on and off relationship from 2009 to 2013. The woman, a now 40-year-old postal service worker, testified at Saintclair’s first trial last year and again this week that the two of them had unprotected sex throughout their relationship and at one point were trying to conceive a child together.

The woman, who said she and Saintclair initially had protected sex but stopped using condoms after their relationship grew more serious, contacted police after media coverage of Saintclair’s arrest.

She said the two of them discussed sexually transmitted diseases before they stopped using condoms and “Saintclair assured her that he was ‘good’ and she did not have to worry about him,” according to arrest reports.

GREENACRES, Fla. (WPEC) — A Palm Beach County jury declared it could not reach a verdict in the case of a former Greenacres police officer charged with having sex with women without informing them of his HIV-positive status.

Saintclair was released from the Greenacres Police department in 2014 when investigators began looking into several allegations from alleged victims.

A new trial date is set for January 29, 2018 at 9 a.m. Saintclair faces 3 other similar charges in a separate case.

That case is up for a status check on December 18. Saintclair will remain on pre-trial release.

A former police officer accused of having unprotected sex with multiple women without telling them about his HIV infection is heading to trial.

Ervans Saintclair, who was a Greenacres officer until the allegations surfaced in 2014, faces five major felony charges.

Being convicted of just one count could bring a prison sentence of up to 30 years for the 41-year-old ex-cop.

It’s unclear whether any of the women contracted HIV as a result of their relations with the officer. The felony charges are based only on the claim that he didn’t inform any of them he had HIV before they had sex.

Detectives think there may be more victims and are asking them to come forward. “The Public Safety Department has 111 employees and a small percentage of them will make mistakes in life, some of them criminal,” Greenacres Police Lt. Brady Myers said. “It’s a disappointment not tolerated by the Director of Public Safety or this agency.” X, who is on administrative leave, has been with the Department since May 2007.