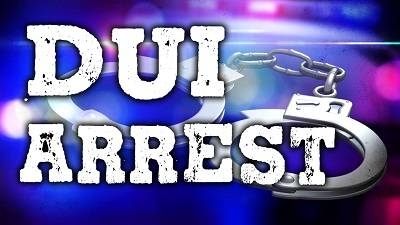 KINGSTON — A man from Wyoming County kicked two police officers and threatened them with HIV by wanting to spit in their “pigs” faces during a drunken driving arrest late Tuesday night, according to court records.

O. allegedly switched from the driving lane to the passing lane 10 times without signaling before he pulled into a parking lot at 499 Wyoming Ave.

Police said O. showed an officer his cellphone asking for directions, but he was engaged in a text or chat application that was displayed on his phone, court records say.

Police allege O. appeared to have bloodshot eyes and his speech was extremely slurred to a degree he was not understandable.

When an officer directed O. to exit his vehicle, he replied he only consumed three beers and stated, “I want a lawyer,” court records say.

After repeated requests to exit the vehicle, two officers removed O. who became combative. O. allegedly threatened to kill the officers if they did not allow him to call his grandmother.

O. was handcuffed and placed in the rear seat of a cruiser where he repeatedly kicked the officers attempting to place a seatbelt on him, court records say.

O. was transported to Geisinger Wyoming Valley Medical Center where he again kicked officers when they unlatched his seatbelt. O. refused to exit the cruiser and requested a lawyer allegedly refusing to submit to a blood alcohol test.

Police said in court records say O. kicked officers when they latched him in a seatbelt before leaving the medical center, and later became combative again by threatening the officers with HIV by wanting to spit in their “pigs” faces.

O. was arraigned by District Judge Rick Cronauer in Wilkes-Barre on charges of aggravated assault, terroristic threats, resisting arrest, driving under the influence and two traffic violations. He was released on $10,000 unsecured bail.