Honduras has both an HIV-specific law and general criminal provisions which have the potential to be used to penalise HIV transmission.

In 1999 Honduras passed an HIV-specific statute, Decree No. 147-99, the Special HIV/AIDS Law, that contained a number of provisions regulating those living with HIV, as well as codifying various protections.

Article 74 imposes an obligation on those aware of their HIV-positive status to communicate that with their sexual partners in order to have their “informed consent”.

Prior to their repeal following the entry into force of the new Criminal Code in 2020, Article 80 of this law also specifically criminalised intentional HIV transmission and made this subject to the penalties under Articles 180, 184 and 191 of the Criminal Code. This allowed for imprisonment for three to six years, and even held the offender culpable for homicide if death occurred.

Following these reforms, Honduran law is no longer explicit on the criminalisation of HIV transmission. However, there is still a possibility of criminalisation under Article 307 of the Criminal Code which prohibits the propagation of epidemics or infectious diseases. It states that anyone who spreads an epidemic through “pathogenic germs” is liable to imprisonment for six to ten years and a fine. The same penalties apply to those who spread an epidemic in violation of health measures imposed by competent authorities.

Additionally, HIV status could be relevant as an aggravating factor in sexual offences under Title 9, Chapter 1 of the Criminal Code. Article 255 increases the penalties outlined in this chapter by up to one third if the perpetrator has, through serious negligence, endangered the life of the victim or seriously compromised their health.

At least one case of HIV criminalisation has occurred in Honduras. In 2017 a man was arrested after allegedly intentionally transmitting HIV and tuberculosis to several of his neighbours. The outcome of this case is not known. Importantly this case happened when HIV transmission was still specifically criminalised under the Criminal Code.

ARTICLE 307: Spread of epidemic and contagious infection: Whoever causes, introduces, or spreads a human epidemic by spreading pathogens or germs, will be punished with an imprisonment sentence of six (6) to ten (10) years and a three hundred (300) to five hundred (500) days bail.

The same penalties should be applied to anyone who introduces or spreads a human epidemic by violating the measures previously imposed by the competent authorities to prevent it.

ARTICLE 255: Specific aggravating factors of crimes against sexual freedom: The penalties provided in the previous articles may increase by up to a third (1/3) by any of the following circumstances:

2) The perpetrator has, through serious negligence, endangered the life of the victim or seriously compromised his health;

REPEALED ARTICLE 73.- People infected with HIV or sick with AIDS, should practice their sexuality responsibly towards others.

REPEALED ARTICLE 74: All people aware of their HIV seropositivity have the obligation to communicate their serological condition to people with whom they have established, are establishing or are going to establish sexual relationships in order to have their informed consent.

ARTICLE 75 Reformed by Decree 25-2015: The Ministry of Health, through its dependencies, will be responsible for offering the necessary information to people diagnosed with HIV regarding the access to care services, treatment, care and support, as well as their sexual and reproductive rights linked to HIV, in order to facilitate communication about their serological condition with the person with whom they keep sexual activity.

ARTICLE 77 Reformed by Decree 25-2015: People with HIV have the right to reproduce, and the State must guarantee that there is no transmission of HIV from the mother to her children, granting her timely treatment during pregnancy

REPEALED ARTICLE 80: The spread of HIV in a intentional, guilty or recklessly manner will be subject to the sanctions and penalties stated in articles 180, 184 and 191 of the Criminal Code.

ARTICLE 180: Whoever intentionally spreads a dangerous disease or causes an epidemic spreading pf pathogens, germs, will be imprisoned for 3- 6 years.

ARTICLE 184: If of the crimes stated in the four (4) preceding articles, results the death of any person, the person responsible of the crime will be punished for committing homicide.

ARTICLE 191: Crimes against public health committed in a guilty or recklessly manner will be sanctioned with the corresponding penalty reduced in 2/3.

ARTICLE 140: Special rape crime is committed and will be punished with 15-20 years of imprisonment when any of the following circumstances occur: 5) By someone who commits rape crime knowing they are HIV+ or have AIDS .

Our thanks to Dentons Law Firm for their research assistance to confirm current relevant legislation. 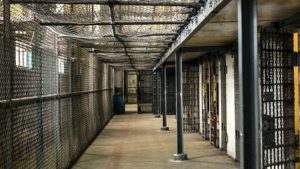 Honduras: Journalist in Honduras arrested for allegedly transmitting tuberculosis and HIV to neighbours