Four HIV criminalisation cases have been reported in Cambodia although each case has involved very different circumstances and three of the four have intersected with other issues including rape, immigration status, and provision of health care.

The Cambodian Law on the Prevention and Control of HIV/AIDS is worded very broadly, covering ‘any practice or acts’ of a person living with HIV, carried out with ‘the intention to transmit HIV’. Issues such as disclosure, consent and transmission risk are not addressed in the law, and case law suggest that ‘intention’ has been interpreted as including instances where transmission of HIV is not planned or premeditated.

The first HIV criminalisation case (2006) relates to an HIV-positive man who was prosecuted for raping his wife without using a condom. The woman testified that despite the man knowing he had HIV, he refused to use a condom during sex. When she refused to have sex with him, he beat and raped her.  It is understood that the man was sentenced to 10 years under Cambodian’s Law on the Prevention and Control of HIV/AIDS (rather than a sexual assault law), which makes it illegal to undertake any practice or acts which have the intention to transmit HIV to other people, although it is not clear that he wanted to transmit HIV, or whether HIV was transmitted.

The second case (2013) involved an HIV-positive man convicted for having sex with a woman without disclosing his HIV status or using a condom although HIV was not transmitted. The man testified that he loved the woman and had been ashamed to tell her he had HIV. The case was appealed in 2019 although the outcome is not known.

The third case (2018) relates to a Kenyan man arrested after his ex-girlfriend reported him to the police, saying that he had transmitted HIV to a number of women. The man was found to have overstayed his visa and to have worked without a permit, and he was detained. Outcomes related to the HIV allegations are not known.

The fourth case concerns the 2014 conviction of an unlicensed doctor who was charged with intentionally transmitting HIV (Articles 18 & 50 of the Law on the Prevention and Control of HIV/AIDS), committing murder through cruel actions (Article 205 of the Criminal Code), and running a clinic without permission from the Ministry of Health. The accused confessed to re-using needles after more than 200 local people were diagnosed HIV positive in the local area. In the most affected village, HIV prevalence had reached 20 times the national average. His conviction was upheld at the Appeal Court. At his final appeal in Supreme Court, the accused acknowledged his mistakes, explaining that he reused syringes on multiple patients because it was difficult to get new ones. He asked for his sentence to be reduced arguing that he had had no intention to transmit HIV, with his mistakes unintentional and not premeditated. His defence also argued that if the Health Department had conducted regular and thorough inspections of hospitals, the issue would have been identified far earlier.  Again, his conviction was upheld, and he was sentenced to 25 years in prison and required to pay a fine for running an unlicensed clinic and to provide significant compensation to more than 100 of those living with HIV. The case remains concerning, in part because it is unclear whether forensic evidence proving he was the source of all the alleged transmissions made it into the courtroom.

A number of international agencies worked to support forensic analysis regarding the mode of transmission, including the Institut Pasteur in Phnom Penh, which undertook tests to determine whether those living with HIV in the region were infected by a unique source, or whether HIV may have been transmitted through the practices of several practitioners, sexual transmission and drug use. This kind of analysis is particularly important given reusing needles would generally not be considered to lead to so many infections.

Law on the Prevention and Control of HIV/AIDS

Article 18: Any practice or acts of those who are HIV positive, which have the intention to transmit HIV to other people, shall be strictly prohibited.

Article 50: Any person, who violates the Article 18 of this law, shall be punished to imprisonment for ten (10) to fifteen (15) years. 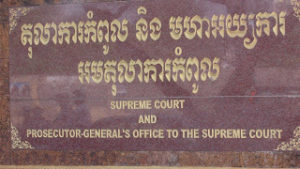 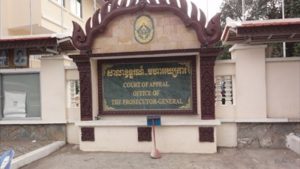 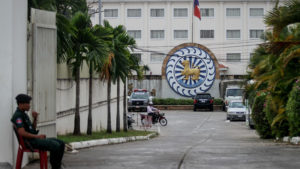 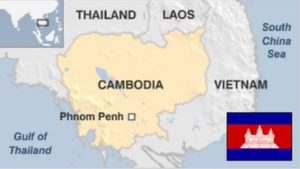