There is no HIV-specific criminal law in Portugal, however the Penal Code contains general provisions which have been used to criminalise the transmission of HIV on at least four occasions.

In particular, Article 283 of the Penal Code criminalises the spread of contagious diseases in a way which creates a ‘danger to life’ or a ‘serious danger to the physical integrity of another’, with a penalty of one to eight years’ imprisonment, or lower in the case of negligence.

The base provisions of simple and serious offences against physical integrity carry penalties of up to three years and two to ten years’ imprisonment, respectively, though these sentences can be enhanced by the other provisions in certain circumstances. Under Article 147, Articles 143 to 146 can also be aggravated in the case of death, with penalties being increased by one third or one quarter.

Article 148 also criminalises ‘negligent’ offences against physical integrity, which carries a penalty of up to one year’s imprisonment or a fine.

Of these offences against physical integrity, Article 144 is of particular relevance to HIV criminalisation as the provision specifically includes causing a permanent illness.

Furthermore, the penalties for some sexual offences can be aggravated by the presence of diseases. Article 177 of the Penal Code states that the penalties under Articles 163-167 and 171-174 are increased by one third where the perpetrator is living with a sexually transmitted disease. Similarly, Articles 163-168 and 171-174 are aggravated by half where they result in the transmission of a ‘pathogen’ that creates danger to the victim’s life. At the time of adoption this provision of the Penal Code made explicit reference to the transmission of HIV, however this has since been removed by amendments.

The first prosecution for HIV transmission in Portugal occurred in the late 1990s. In the case a man was convicted under Article 283 and sentenced to three and a half years’ imprisonment. The Court of Appeal found that he was aware of his HIV status, had intended to cause transmission and succeeded in doing so.

In the second case from 2017, a man was convicted for qualified harm to physical integrity (Articles 143/145) and for the spread of a contagious disease (Article 283), and was sentenced to two years and four months’ imprisonment. The case related to an incident in which the defendant, while receiving treatment for a head injury at hospital, allegedly rubbed his bloody bandage on a nurse while declaring that he was HIV-positive.

Information around a third case in 2018 is limited, however the case involved a man who was living with HIV but did not tell his partner, and allegedly denied his status when asked by her. The woman eventually contracted HIV and the man was charged with a qualified offence of serious harm against physical integrity. The outcome of this case is not known.

The most recent case heard at appeal by the Court of Appeal in March 2020 involved a man who was knowingly living with HIV and repeatedly had sex with a partner without a condom and without disclosing his status. His partner subsequently contracted HIV. The accused was convicted of an offence under Article 144 and sentenced to four years and six months’ imprisonment, and his appeal was later dismissed by the Court of Appeal.

and thereby create danger to the life or serious danger to the physical integrity of another is punished with imprisonment from 1 to 8 years.

2 – If the danger referred to in the preceding paragraph is created by negligence, the agent is punished with imprisonment for up to 5 years.

3 – If the conduct referred to in paragraph 1 is committed through negligence, the agent is punished with imprisonment for up to 3 years or with a fine.

1 – Anyone who offends the body or health of another person is punished with a prison sentence of up to 3 years or a fine.

2 – The criminal procedure depends on a complaint, except when the offense is committed against agents of the security forces and services, in the exercise of their functions or because of them.

Whoever offends the body or health of another person in order to:
(…)
c) Provoking a particularly painful or permanent illness, or a serious or incurable psychic anomaly; or
(…)
he is punished with a prison sentence of two to ten years.

Article 147 (Aggravation due to the result)

3 – The penalties provided for in articles 163 to 167 and 171 to 174 are increased by one third, in their minimum and maximum limits, if the agent has a sexually transmitted disease.

5 – The penalties provided for in articles 163 to 168 and 171 to 174 are aggravated by half, in their minimum and maximum limits, if the behavior described there results in pregnancy, offense to serious physical integrity, transmission of pathogen that creates a danger to the victim’s life, suicide or death.

A rapid scan of the laws and rates of prosecution for HIV transmission within signatory States of the European Convention of Human Rights. 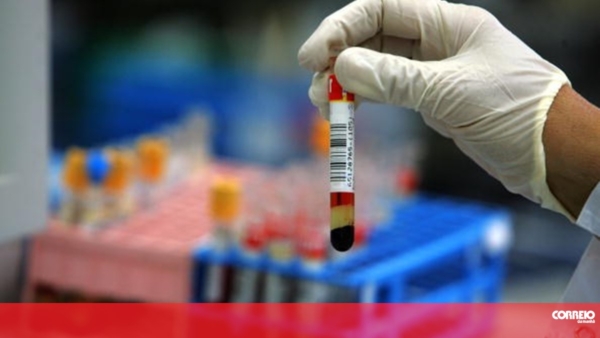 Portugal: Court of Appeal of Évora dismisses appeal of man living with HIV sentenced for rubbing bloody bandage on nurse

Portugal: Court of appeal confirms sentence of three and half years in jail for alleged HIV transmission