There are no HIV-specific offences in Colorado; however sentence enhancements exist for certain offences committed by people living with HIV. These were reformed in 2016, repealing one form of enhancements and narrowing another. General criminal laws have also been used to prosecute perceived HIV ‘exposure’ and alleged transmission.

Prior to 2016, people aware that they were living with HIV were subject to significantly higher prison sentences for sexual offences involving penetration (defined broadly to also include oral sex) regardless of whether transmission occurred and whether there was intent. This effectively criminalised ‘exposure’ in the context of non-consensual sex. The enhanced penalty was at least three times the maximum of the base offence, resulting in significantly higher penalties for people living with HIV. Additionally, the offence of ‘prostitution’, ordinarily a misdemeanour offence, was increased to felony level where committed by a person aware they were living with HIV. All people convicted of sex work offences were required to be tested for HIV, and if found to be HIV-positive, this could be used to prosecute them for the enhanced offence.

Despite these laws being in place for many years there were few known prosecutions. In 2016 research identified only a few cases in which people had been charged under the ‘sexual assault with HIV’ provision, and all ended in plea bargains, meaning that no court cases had ever taken place. For the ‘sex work with HIV’ offence, there were only six known cases, several of which were against one person.

Despite the low number of known cases, a group of HIV advocates began to organise to modernise the law. The group, led by the Positive Women’s Network-USA Colorado, would later become known as the ‘Colorado Mod Squad’, and over the course of more than four years, built grassroots support for reform by working with local networks of people living with HIV, other allies and advocates, medical experts, and officials in the Department of Health. Having built this network, the Mod Squad approached state Senator Pat Steadman to sponsor a bill that would ‘modernise’ HIV laws in Colorado. In March 2016, SB 146 was brought before the legislature and passed both houses in May. It was signed into law in June 2016. See HJN’s 15 minute video, ‘The Colorado Story’, for a more detailed account of this process.

SB 146 fully repealed the sex work offences requiring HIV testing for all arrests as well as enhanced sentences for those living with HIV. It also amended the ‘sexual assault with HIV’ provision to require transmission for the offence to be satisfied. The sentence required was also adjusted, and now judges can impose a sentence ranging anywhere from the maximum of the base offence to life imprisonment. Despite the positive step of requiring transmission to occur, this reform still leaves open the possibility of severe prison sentences for people living with HIV convicted of sexual offences. Furthermore, there is still no requirement of intent, so someone could be convicted even if they take precautions that ultimately fail to prevent transmission.

Furthermore, prosecution under general criminal laws is also possible. There have been convictions for ‘reckless endangerment’ for people living with HIV and proof of intent or transmission is not required. The offence of ‘felony menacing’ has also been used, which requires a person to place or attempt to place another in fear of ‘imminent serious bodily injury’ by threat or action, and where this involves a ‘deadly weapon’, this is a class 5 felony. HIV status has been considered a deadly weapon for these purposes, given the perceived risk of ‘serious injury’ it entails (see CHLP report for case details). Transmission is again not required. Assault has also been used to prosecute cases of spitting, despite the lack of transmission risk.

In 2009, a case made headlines in which a man living with HIV was convicted of child abuse resulting in serious injury after having sex with his pregnant fiancée. Both the woman and her unborn child acquired HIV, but no charges were brought in relation to the woman. This was said to be the first ever ‘father-to-child transmission’ criminal case.

Public health officials can also impose restrictions and obligations on people living with HIV. This can include compulsory testing, examinations, and orders to cease certain conduct. These orders must be issued as a last resort, but failure to comply can result in temporary commitment upon a court order.

Other law (active)
Year enacted
2016
Relevant text of the law

b. If the district attorney determines that the person tested pursuant to subsection (2) of this section had notice of his or her HIV infection prior to the date the offense was committed, the district attorney may file an indictment or information alleging such knowledge and seeking the mandatory sentencing provisions authorized in subsection (5) of this section. Any such allegation must be kept confidential from the jury and under seal of court.

Other law (active)
Year enacted
2016
Relevant text of the law

1. A person commits the crime of assault in the second degree if:

b. With intent to cause bodily injury to another person, he or she causes such injury to any person by means of a deadly weapon; or

d. He recklessly causes serious bodily injury to another person by means of a deadly weapon; (…)

A person who recklessly engages in conduct that creates a substantial risk of serious bodily injury to another person commits reckless endangerment, which is a class 2 misdemeanor.

How a group of dedicated advocates in Colorado ‘modernised’ their HIV-related laws to improve the legal environment for people living with HIV. Featuring Barb Cardell and Kari Hartel of the Colorado Mod Squad and Colorado State Senator, Pat Steadman. Interviews by Mark S King. Written and introduced by Edwin J Bernard. Directed and produced by Nicholas Feustel for the HIV Justice Network 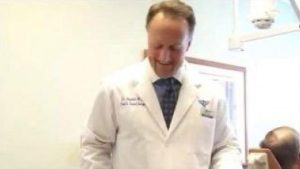 US: Police continue to investigate dentist who reused needles

END_OF_DOCUMENT_TOKEN_TO_BE_REPLACED 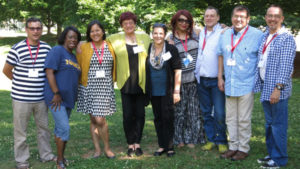