In 1997, New Jersey amended a criminal offence entitled ‘Diseased person committing an act of sexual penetration’ to add an HIV-specific provision to the existing sexually transmittable infection provision. This provision stood for more than two decades until New Jersey became the third US state to fully repeal its HIV criminal law in 2022.

Prior to reform, the law made it a third-degree felony offence for someone who knew they were living with HIV to have penetrative sex without their partner’s ‘informed consent’, which was interpreted to criminalise non-disclosure of HIV status. The offence did not require an intention to transmit or actual transmission. The section of this offence criminalising other sexually transmissible infections was a lesser, fourth-degree felony.

There were limited prosecutions under the HIV-specific provision during its lifetime, though some cases were reported in the media. For instance, in 2015 a retired police officer who was living with HIV was convicted under the HIV-specific offence for failing to disclose his status to two former partners, neither of whom contracted HIV. There was another reported case involving non-disclosure of HIV status in 2019, though the outcome of this case is not known.

Despite the limited number of prosecutions, advocacy efforts to limit and/or repeal the HIV-specific law were successful. This first led to Prosecutorial Guidance being issued by the Acting Attorney General in October 2021 which called for changes to be made to the way the HIV-specific criminal law was enforced to tackle the stigma which persists around HIV, and to reflect advances in medical treatment over the preceding two decades. To this end, the Guidance called for prosecutors to consider whether a sexual act was forced or coerced, whether there was an intention to transmit, and whether the individual was adhering to an appropriate HIV treatment plan, before bringing charges.

The Guidance stated that it would be “virtually impossible” to imagine a scenario in which someone living with HIV could be appropriately charged with this offence when their viral load was undetectable and there were no “aggravating factors”. If charges were being considered in such circumstances, the Guidance required internal consultation before these charges could be laid.

Although this Guidance significantly limited the scope of the law, it left open the possibility for prosecution in some cases, so efforts to fully repeal the law continued. A Bill was introduced in April 2021 by Democratic State Senators Vitale and Ruiz, and in January 2022 it was passed by the New Jersey Senate. Bill 3707 fully repealed the state’s HIV-specific criminal law, as well as the sexually transmittable infections offence contained within the same provision. With this, New Jersey became only the third US state (after Texas and Illinois) to fully repeal its HIV-specific criminal law.

While the repeal of the HIV-specific law is a positive and destigmatising move, it did not eliminate the possibility of perceived HIV ‘exposure’ cases being prosecuted. A statement released by the Senate Committee following the repeal of the law suggested that such cases could be prosecuted under the state’s criminal endangerment law, which criminalises acts that carry a ‘substantial risk’ of bodily harm. However, it is not clear whether this provision will be used to prosecute HIV cases in practice.

The effect of this reform, therefore, is to remove any HIV-specific criminalisation under New Jersey law, without eliminating the possibility of prosecution under different provisions. In fact, in some ways the scope of the offence is broadened as under the HIV-specific law only ‘sexual penetration’ was criminalised, while the criminal endangerment provision applies to any act which could cause a substantial risk of bodily harm.

There have also been several cases of people living with HIV being convicted of other non-HIV specific criminal laws, including attempted murder, aggravated assault, and offences related to use of a ‘deadly weapon’ (in this case, a needle allegedly infected with HIV).

a. A person is guilty of a crime of the fourth degree who, knowing that he or she is infected with a venereal disease such as chancroid, gonorrhea, syphilis, herpes virus, or any of the varieties or stages of such diseases, commits an act of sexual penetration without the informed consent of the other person.

b. A person is guilty of a crime of the third degree who, knowing that he or she is infected with human immune deficiency virus (HIV) or any other related virus identified as a probable causative agent of acquired immune deficiency syndrome (AIDS), commits an act of sexual penetration without the informed consent of the other person.

Syphilis, gonorrhea, chancroid, lymphogranuloma venereum and granuloma inguinale are hereby declared to be infectious and communicable diseases, dangerous to the public health. 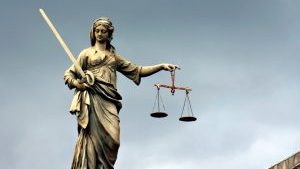