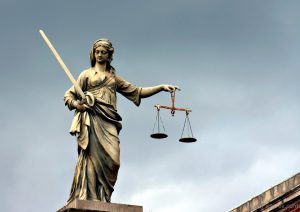 The New Jersey Attorney General’s Office has taken the unusual step of superseding the prosecution of an Atlantic County case for a man accused of knowingly spreading HIV by having unprotected sex.

Peter Aseltine, a spokesman for the AG’s office, said the office reassigned the prosecution of A.X., 37, of Galloway Township, to the Cape May County prosecutor to “avoid any potential conflict or appearance of conflict” with the Atlantic County Prosecutor’s Office.

Aseltine would not say what led to the decision.

An alleged victim in one of the A.X. cases asked the AG’s Division of Criminal Justice to get involved in the case in August, arguing that the Atlantic County Prosecutor’s Office could not be trusted to handle the case fairly due to a conflict of interest, according to the complaint.

In a statement Wednesday, the Atlantic County Prosecutor’s Office said it made the request that the Attorney General supersede all matters involving that victim.

His complaint, obtained by NJ Advance Media, claims that Prosecutor Damon Tyner has a long-standing relationship with the defendant’s father. The complaint also alleged bad blood between Tyner and the complainant from past dealings.

A.X. was charged on May 23 with committing an act of sexual penetration while knowingly infected by HIV without the other’s consent, as well as counts of aggravated assault and endangering another person for the same incident in August 2016, according to the criminal complaint.

He was charged Oct. 3 with committing an act of sexual penetration while knowingly infected by HIV in connection with an encounter with another man a year earlier, police records show. A court official said both cases would no longer be prosecuted by the Atlantic County Prosecutor’s Office.

Reached Wednesday, A.X.’s former attorney said he no longer represented him and did not know if he had a new lawyer.

The complaint to the AG’s office claims that Tyner and his office’s victim witness coordinator, Raymond Royster, both have personal relationships with A.X. and his father. Tyner, Royster and A.X.’s father also collaborate as members of the Coalition for A Safe Community, the complaint said.

Earlier this year, when three current and former prosecutor’s office staffers sued Tyner alleging gender discrimination and other misconduct, a committee of community leaders held a rally to support him.

The complainant told the AG’s office that X and his family have used Tyner’s name in attempts to intimidate him into dropping the charges against A.X.

Those attempts, he wrote, included telling him that pressing forward with the charges “won’t go well” for him and that Tyner will “get back at [him] and handle him.”

A Galloway Township man already charged with knowingly infecting a man with HIV is now accused of failing to disclose his medical history before having unprotected sex with a second man.
AX, 36, was charged last week with committing “an act of sexual penetration without the informed consent of the other person while knowingly infected…,” according to a complaint obtained by BreakingAC.
He is scheduled to be in court Oct. 30.
He already faces charges filed this past May, after another man was allegedly infected in 2016.
It is not clear whether the second man became infected.

A Galloway Township man is accused of giving a man a sexually transmitted disease after failing to disclose he was HIV positive.

X was arrested last month in a separate case in which he allegedly punched and threatened a man outside the Cathedral Grace Family Church.

The victim in that case said he was in a relationship with X but the two have had issues, according to the complaint obtained by Breaking AC. He was released from jail as those charges go through the system.

Now, X is accused of failing to disclose he was HIV positive before having sex with a man, who was infected.

X is accused of committing “an act of sexual penetration knowing that he is infected with a sexually transmitted disease” and for “knowingly acting in a manner likely to be injurious to the physical welfare of the victim.