South Dakota criminalises HIV ‘exposure’ in a number of situations. The law has been enforced on a number of occasions since its adoption in 2000. Following a 2008 amendment to the law, people convicted under the HIV ‘exposure’ offence must register as sex offenders, which places numerous restrictions on their lives.

The Criminal Code includes a provision entitled ‘criminal exposure to HIV’, which makes it an offence for anyone aware they are living with HIV to ‘intentionally expose’ another person by four means:

Although the law requires intent to ‘expose’, there is no requirement of intent to ‘transmit’. In effect this has been interpreted merely to mean non-disclosure of HIV-positive status. The law also includes a statement that transmission is explicitly not required. There is, however, an affirmative defence to prosecution if prior disclosure resulted in consent to the act. ‘Criminal exposure to HIV’ is a class 3 felony, punishable with up to fifteen years’ imprisonment and a fine.

We are aware of at least six cases, with the first recorded enforcement in 2002. In most cases the accused have received relatively lenient sentences, despite the high statutory maximum. The longest known sentence was eight years in a 2014 case of unprotected sex without disclosure. The only non-sexual case we are aware of came in 2017, when a man living with HIV was charged after allegedly scratching a security officer’s face and attempting to spit on him during an altercation.

Health laws in South Dakota also permit officials to compel individuals living with HIV and other health conditions to undergo testing or treatment, or to refrain from certain behaviours. Failure to comply can result in restraining orders being placed if the person is considered a health threat.

Any person who, knowing himself or herself to be infected with HIV, intentionally exposes another person to infection by:

(1) Engaging in sexual intercourse or other intimate physical contact with another person;

(2) Transferring, donating, or providing blood, tissue, semen, organs, or other potentially infectious body fluids or parts for transfusion, transplantation, insemination, or other administration to another in any manner that presents a significant risk of HIV transmission;

(3) Dispensing, delivering, exchanging, selling, or in any other way transferring to another person any nonsterile intravenous or intramuscular drug paraphernalia that has been contaminated by himself or herself; or

(4) Throwing, smearing, or otherwise causing blood or semen, to come in contact with another person for the purpose of exposing that person to HIV infection; is guilty of criminal exposure to HIV.

Criminal exposure to HIV is a Class 3 felony. 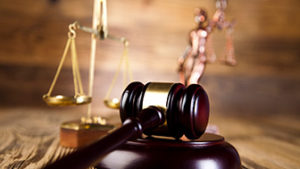 US: 37-year-old man charged with intentional exposure to HIV and assault in South Dakota for spitting at police officer