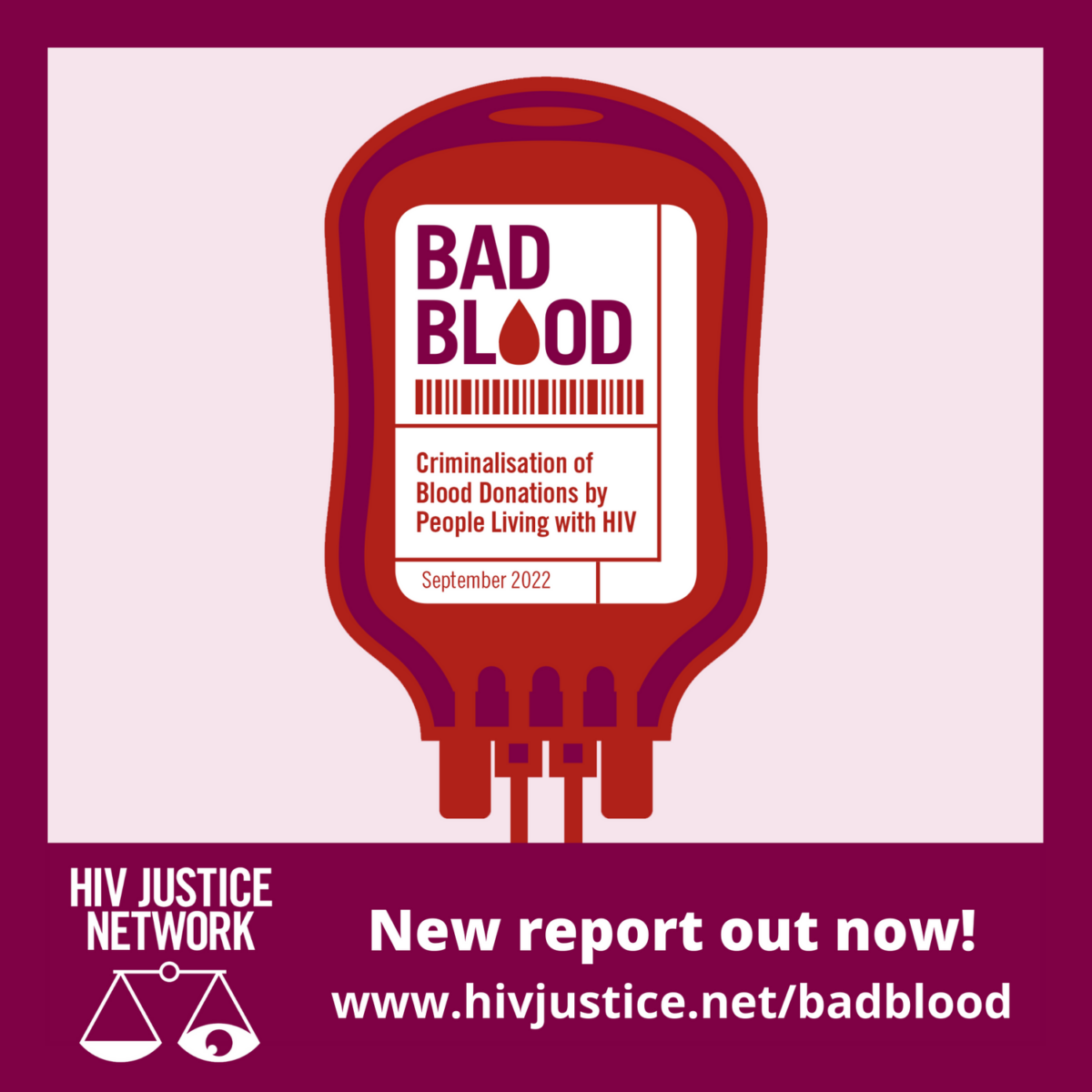 Preventing the transmission of blood-borne infection by imposing limitations on the donation of blood is an important and legitimate public health objective.

Since the beginning of the HIV epidemic, certain groups – including, but not limited to, gay men and other men who have sex with men – have been subjected to restrictions on their ability to give blood.

Sustained advocacy by gay rights organisations in many high-income countries has focused on the discriminatory nature of these so-called ‘gay blood bans’, highlighting significant advances in blood screening capabilities. This has led to a general softening of restrictions on blood donations for gay men in many of these countries – allowing donations with ‘deferral periods’, or allowing donations based on individual risk assessments.

However, this advocacy has generally not translated into the removal of HIV-specific criminal laws for donating blood, nor has there been a call for a moratorium on singling out people living with HIV for donating blood using non-HIV-specific general criminal laws – even though many of the same public health and human rights arguments apply to both the so-called ‘gay blood bans’ and to HIV criminalisation more generally.

That is why today, the HIV Justice Network has published Bad Blood: Criminalisation of Blood Donations by People Living with HIV. The report was written by Elliot Hatt and edited by Edwin J Bernard, based on research undertaken by Sylvie Beaumont, with additional input provided by Sarai Chisala-Tempelhoff and Paul Kidd (HIV Justice Network’s Supervisory Board); Sean Strub (Sero Project) and Robert James (University of Sussex). 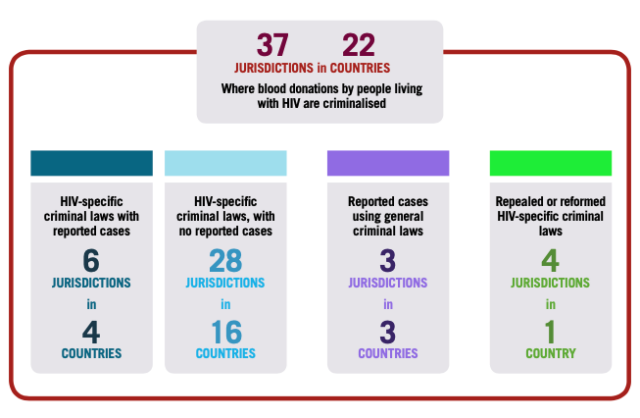 Although prosecutions are relatively rare, we are aware of at least 20 cases relating to blood donation since 1987. Half of these cases have been reported in Singapore, including two as recently as 2021.

We argue that the criminalisation of blood donations by people with HIV is a disproportionate measure – even if the aim of protecting public health through the prevention of transfusion-transmitted infection is legitimate – and is the result of both HIV-related stigma and homophobia. It is not supported by science.

Blood donation criminal laws focused on HIV should be repealed, prosecutions based on general laws should end, and instead science-informed measures – such as individual donor risk assessments and universal blood screening – should be relied on to protect the public against transfusion-transmitted infection.

Read the report at: https://www.hivjustice.net/publication/badblood