Washington state previously broadly criminalised perceived ‘exposure’ to HIV, criminalising conduct which carried little to no risk of transmission. In 2020 the law was modernised, replacing the criminal provision with a new misdemeanour offence of ‘intentional sexual transmission’ under public health law.

In the 1980s Washington criminalised ‘exposure’ to, or transmission of, HIV within a section of the first-degree assault provision which prohibited the administration of ‘noxious substances’. This section neglected to define what conduct was encompassed by this offence, enabling broad criminalisation of people living with HIV. Intention to transmit and actual transmission were not required elements of the offence, and there were no defences for the use of protection or disclosure of status. This offence was a felony, punishable with up to life imprisonment and a fine. Those convicted for multiple offences were ordered to serve consecutive sentences, while those who were found to have committed the act with ‘sexual motivation’ were required to register as sex offenders.

The law was enforced during its lifetime, and the Department of Health reported that between 1986 and 2019 there were a total of 33 criminal cases filed, three of which resulted in felony convictions. Media reports suggest this included conduct ranging from unprotected sex to rubbing blood on a security guard and nurse.

In 2014, Governor Inslee issued a proclamation to end AIDS in Washington, aiming to halve diagnoses by 2020. A coalition of stakeholders including people living with HIV, activists, and public health officials, worked on a set of recommendations to help achieve this target, including within them a call to modernise the state’s HIV laws. Following sustained advocacy by advocates, this goal was eventually achieved in 2020 when the legislature adopted a bill after a narrow vote in the Senate. The bill was signed into law by the Governor in March 2020.

House Bill 1551 made several important changes to the law. Firstly, the HIV ‘exposure’ and transmission element of the first-degree assault offence was repealed, with a new section criminalising intentional transmission of HIV to a child or vulnerable adult being added. The bill added a new provision to the Public Health Code which made it a misdemeanour to intentionally transmit HIV to another. As well as intent, the accused must have been informed by a healthcare provider of the risk of transmitting HIV to others, and their partner must be unaware that they are living with HIV. It is an affirmative offence to show that measures were taken to avoid transmission, for instance condom use or the adherence to antiretroviral treatment, or that transmission did not occur. This wording suggests that the accused has the burden of proving that transmission did not occur if the other elements of the offence are proven by the prosecutors. The base penalty for this offence is just 90 days and a fine, but can be increased to 364 days where the accused misrepresented their status to their partner. Registration as a sex offender is no longer required for the misdemeanour offence (but continues to be for the felony assault offence).

This reform effectively ended the criminalisation of ‘exposure’ to HIV in Washington, now requiring intentional transmission for prosecutions to occur. This is likely to drastically reduce prosecutions, and we are not aware of any case reports since the reform took effect. The shifting of the offence from the Criminal Code to the Public Health Code (except for cases involving vulnerable people) reflects the need to treat HIV as a public health issue rather than a criminal issue, and the removal of stigmatising language from the law, also achieved by this reform, also helps to achieve this goal.

Although the 2020 reform was a significant modernisation, other aspects of state law can be used to punish people living with HIV. For instance, sentencing guidelines permit courts to impose enhanced penalties for non-HIV offences, for example sex offences, if the convicted person is living with HIV. Other aspects of Washington’s public health and administrative codes enable public health officials to order compulsory testing, treatment, counselling, and even temporary confinement of people living with STIs, including HIV, if deemed a danger to public health, or to order them to stop engaging in certain behaviours, such as unprotected sex, sharing needles, or donating fluids. Violation of these orders can result in a gross misdemeanour charge and up to 364 days’ imprisonment.

Assault in the first degree

(1) A person is guilty of assault in the first degree if he or she, with intent to inflict great bodily harm:

(b) Transmits HIV to a child or vulnerable adult; or

(2) Assault in the first degree is a class A felony.

(1) It is unlawful for a person who knows that he or she has HIV to have sexual intercourse if:

(a) The person has been counseled by a health care provider or public health professional regarding the risk of transmitting HIV to others;

(b) The partner or partners exposed to HIV through sexual intercourse did not know that the person had HIV; and

(c) The person intended to transmit HIV to the partner.

(2) It is a defense to a prosecution under this section if:

(a) HIV was not transmitted to the partner; or

(b) The person took or attempted to take practical means to prevent transmission of HIV.

(b) Violation of this section is a gross misdemeanor punishable as provided in RCW 9A.20.021 if the person knowingly misrepresented his or her infection status to the partner.

(c) Violation of this section does not require registration under RCW 9A.44.130, unless the partner is a child or vulnerable adult victim.

(a) “Practical means to prevent transmission” means good faith employment of an activity, behavior, method, or device that is scientifically demonstrated to measurably reduce the risk of transmitting a sexually transmitted disease, including but not limited to: The use of a condom, barrier protection, or other prophylactic device; or good faith participation in a treatment regimen prescribed by a health care provider or public health professional.

(b) “Sexual intercourse” has its ordinary meaning and occurs upon any penetration, however slight, of the vagina or anus of one person by the sexual organs of another whether such persons are of the same or another sex. 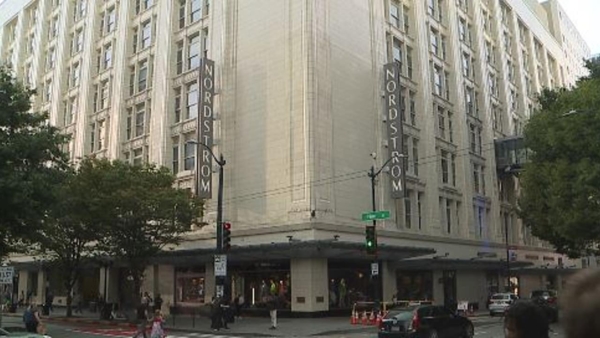 US: Journalist Luke Baumgarten's powerful exposition of HIV prosecutions in Washington state and beyond

END_OF_DOCUMENT_TOKEN_TO_BE_REPLACED 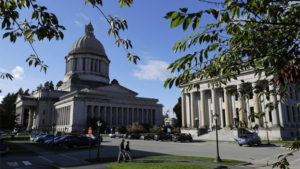