Taiwan’s HIV Infection Control and Patient Rights Protection Act makes it a crime for a person who knows they have HIV to have ‘unsafe’ sex, share injecting equipment, or make a blood donation or provide organs, tissues, body fluids or cells for transplantation without disclosing their HIV status. The law applies regardless of whether HIV is in fact transmitted. The sentence under this provision ranges from five years up to twelve years’ imprisonment.

As of December 31, 2019, a total of 20 prosecutions were reported. Seventeen returned a guilty verdict and three people were acquitted. Thirteen of these prosecutions were for perceived HIV exposure as no transmission took place. The cases were often accompanied by sensationalist media reports, including the first known case, first reported in 2012, involving a gay man in Taipai who was alleged to have infected 50 men during sex parties.

In 2019, the Taipei District Court convicted a gay man living with HIV of having condomless sex without disclosing his HIV-positive status, as prohibited by Article 21. He was given a reduced sentence of 17 months’ imprisonment, as permitted under Article 59 of the Criminal Code which allows for reduced punishment in ‘extenuating circumstances’, as HIV was not transmitted.

In May 2020, a man living with HIV was convicted for having oral sex, and allegedly sexual intercourse, with a partner without disclosing his status. The defendant was sentenced to a year’s imprisonment in the first instance, however in June 2020 he was acquitted by the High Court. In reaching its verdict the appeal court relied upon the latest international medical guidance by UNAIDS which recommends that there should be no use of the criminal law for cases where there is no risk of transmission. The court found there to be a lack of evidence that sexual intercourse occurred, the risk of transmission for oral sex without ejaculation is zero, and transmission did not in fact take place in this case, thereby acquitting the defendant.

Individuals who are fully aware that they are infected have, by concealing the fact, unsafe sex with others or injections by sharing needles and syringes, diluted fluids or containers, and thus infect others, shall be sentenced for five years up to twelve years.

Individuals who are fully aware that they are infected and supply blood or provide organs, tissues, body fluids or cells for transplantation or for use by others, and thus infect others, shall be sentenced the same.

Unaccomplished offenders of the preceding two Paragraphs shall be punished.

The definition of unsafe sex shall be formulated by the central competent authority following the relevant regulations outlined by the World Health Organization.

Analysis of HIV criminalisation cases in Taiwan up to December 31, 2019.

Our thanks to PRAA, The Persons with HIV/AIDS Rights Advocacy Association of Taiwan, for their research assistance to confirm current relevant legislation. 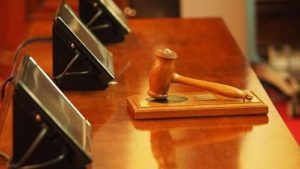 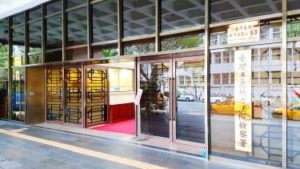 [Update]Taiwan: Moral panic continues as gay man is indicted for alleged 'intentional' HIV transmission to many others