Beginning in 1988, California adopted a number of criminal provisions targeting people living with HIV. These laws governed sexual activity, the donation of blood and other bodily substances, and sex work. Following sustained advocacy from civil society groups, California modernised its HIV laws in 2017.

Prior to reform the law contained felony offences which ostensibly criminalised perceived ‘exposure’ to HIV transmission, while perceived ‘exposure’ to other communicable diseases was categorised only as a misdemeanour offence which carried much lower penalties. Under the Health and Safety Code, people living with HIV could be imprisoned for up to eight years for engaging in unprotected sex without disclosing their HIV status, or for up to six years for donating blood, tissue, semen or breast milk. Additionally, under the Penal Code the HIV status of people previously convicted of ‘soliciting or engaging in prostitution’, determined through mandatory testing upon conviction, could be used against them in criminal proceedings for subsequent charges, resulting in enhanced penalties for people living with HIV. None of these offences required transmission to be proven or to actually occur in order to prosecute.

A large number of cases were prosecuted during the lifetime of these provisions. A 2015 study by the Williams Institute, UCLA, found that from 1988 to 2014, HIV laws had been applied against 800 people, with 33% resulting in criminal charges for HIV-related offences, all of which resulted in conviction. The law overwhelming targeted sex workers; 95% of those effected by the laws during this period were people engaged, or suspected of being engaged, in sex work. Black people, Latinos, and women, particularly transgender women, were all overrepresented in criminal statistics.

Although the number of enforcement incidents peaked between 1995 and 2004 and had since fallen, people living with HIV continued to be liable to prosecution under the law, leading civil society to formally join their efforts to modernise the law. In 2016, Californians for HIV Criminalization Reform, a coalition of organisations and individuals dedicated to ending HIV criminalisation in the state, was established. This intersectional coalition included organisations working to support affected communities including people living with HIV, LGBT people, ethnic minorities, women, sex workers, as well as general legal and human rights organisations.

The coalition worked closely with Senator Scott Wiener to advocate for a series of legal changes. In 2017, the Governor of California signed into law Senate Bill 239, co-authored by Senator Wiener, giving effect to a number of landmark reforms modernising the state law and meeting all of the principles advocated for by the Coalition. The law repealed the provisions which criminalised perceived ‘exposure’, donation of blood and other bodily substances, and sentence enhancements for sex work offences by people living with HIV. All mandatory testing and attendance at HIV education programmes under these provisions were repealed. The law also vacated all convictions under the felony sentence enhancement provision related to engaging in sex work while living with HIV.

In place of the repealed provisions, the law maintained and amended Section 120290 of the Health and Safety Code, which makes it a misdemeanour to ‘intentionally transmit an infectious or communicable disease’. HIV transmission is now only liable to a misdemeanour offence, equal with all other significant communicable diseases. The elements of this offence, which must all be satisfied, are that:

This provision carries a maximum penalty of six months’ imprisonment, while unsuccessful attempts to transmit a disease are punishable by 90 days’ imprisonment. The provision includes two specific protections for defendants; it states that an act is not rendered involuntary solely due to a lack of knowledge that the other party was living with a disease, preventing any claim to non-consent to activity where the defendant has not disclosed their HIV or other status. Furthermore, it states that a defendant who takes ‘practical means’ to avoid transmission, including the wearing of a condom and/or undergoing proper medical treatment, is not guilty of intentional transmission, and that failure to take such measures is not itself sufficient to prove the required intent.

This provision is a significant improvement upon the previous HIV law and has been praised for reflecting up-to-date science, as it treats HIV equally to other communicable diseases, requires both actual transmission and a specific intent to transmit, substantially reduces the penalty available, and provides for defences where precautions are taken.

Notwithstanding reform, provisions under the general criminal law could still be used for HIV criminalisation prosecutions. Defendants have occasionally been convicted under provisions prohibiting ‘criminal threats’ in relation to HIV transmission, which while rare, remains a possibility post-reform. The reforms also did not affect aggravated sexual offence provisions, which provide for an additional three years’ imprisonment for people living with HIV who are convicted of certain offences, including rape and unlawful intercourse with a person under 18, regardless of intent, transmission risk or occurrence.

(a) (1) A defendant is guilty of intentional transmission of an infectious or communicable disease if all of the following apply:

(b) The defendant does not act with the intent required pursuant to subparagraph (B) of paragraph (1) of subdivision (a) if the defendant takes, or attempts to take, practical means to prevent transmission.

(c) Failure to take practical means to prevent transmission alone is insufficient to prove the intent required pursuant to subparagraph (B) of paragraph (1) of subdivision (a).

(2) A person who attempts to intentionally transmit an infectious or communicable disease by engaging in the conduct described in subparagraphs (A), (B), (C), and (E) of paragraph (1) of subdivision (a) is guilty of a misdemeanor punishable by imprisonment in a county jail for not more than 90 days.

(a) A person who violates one or more of the offenses listed in subdivision (b) with knowledge that the person has acquired immune deficiency syndrome (AIDS) or with the knowledge that the person carries antibodies of the human immunodeficiency virus at the time of the commission of those offenses shall receive a three-year enhancement for each violation in addition to the sentence provided under those sections.

(b) Subdivision (a) applies to the following crimes:

(2) Unlawful intercourse with a person under 18 years of age in violation of Section 261.5.

(4) Oral copulation in violation of Section 287 or former Section 288a.

"Using data from the California Department of Justice Criminal Record Information system, this study examines the impact of HIV criminal laws on people engaged in sex work in California between 2005 and 2013".

Argues that laws criminalising HIV exposure fail to satisfy criminal law functions of retribution and deterrence. Retribution is problematic as laws are applied when no intention to transmit HIV, little to no likelihood of transmission and multiple factors may make disclosure difficult. Laws fail to deter unprotected sex and are a poor fit for acts that include no risk of transmission, including sex and blood donation. Instead, laws cause harm, with discriminatory enforcement compounding injustice and stigma. California’s law reform is commendable, while other problematic U.S. HIV-criminalisation statutes should be restructured, amended, or repealed.

"California has five HIV criminal laws. Using data from the California Department of Justice Criminal Record Information system, this study examines the impact of those laws on people with HIV from 1988 to 2014".

US: California judge calls for higher penalty for violating misdemeanour STI health code during sentencing of gay man alleged to have 'willfully' infected his former partner with HIV

END_OF_DOCUMENT_TOKEN_TO_BE_REPLACED 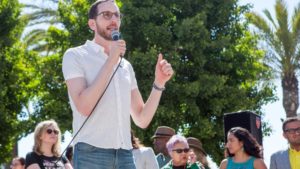 US: Q & A with Sen. Scott Wiener, one of the authors of Senate Bill 239 that modernised HIV criminalisation law in California

US: HIV criminalisation distracts from the real challenges involved in HIV prevention and compounds injustices 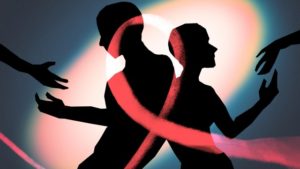 US: Gael Adrien Mbama explores why California HIV laws are antiquated and must be modernised 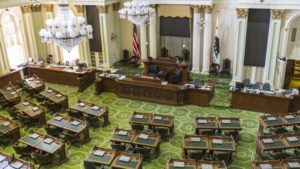 US: California Assembly votes to reduce the penalty for HIV-exposure from felony to misdemeanour in line with other communicable diseases