South Carolina law contains an HIV-specific provision which criminalises perceived ‘exposure’ and HIV non-disclosure in various areas. Other types of ‘exposure’ are criminalised through disease and general criminal laws. There have been multiple prosecutions under the law.

The HIV-specific ‘exposure’ provision is found with the Health Code and makes it an offence for people who are knowingly living with HIV to undertake a range of conduct. Firstly, the law prohibits vaginal, anal, and oral sex without disclosing HIV status, and also explicitly prohibits ‘forcible’ sexual intercourse without consent by someone living with HIV, though this would already be an offence under sexual assault laws. The law also prohibits the donation of blood, organs, and other fluids, as well as the sharing of needles and syringes without disclosing that they had been used by someone living with HIV (see our report, Bad Blood, for a global analysis of the criminalisation of blood donations). Finally, this provision prohibits people living with HIV from engaging in sex work. This essentially acts as a sentence enhancement for the base offence of ‘prostitution’ which is ordinarily a misdemeanour offence (for first time offenders), punishable by up to 30 days’ imprisonment and a fine.

The penalty provided by the HIV-specific offence is a felony conviction with up to ten years’ imprisonment or a fine. The law does not require an intention to transmit or actual transmission. It also does not require any actual risk of transmission; for instance, sex acts which carry little to no risk of transmission, such as oral sex, are criminalised. Equally, in the case of sex work, no sexual contact even needs to be made as the base ‘prostitution’ offence is satisfied upon an offer of sex. Disclosure is the only defence to sexual acts, as the law makes no mention of condom use or viral suppression, and disclosure does not appear to be an available defence for the sex work element of the offence.

We are aware of at least 11 cases under the HIV-specific provision relating to sexual contact, with the most recent being in 2019. At least one person has been prosecuted more than once. Additionally, there has been at least one reported case relating to sex work; a woman living with HIV was arrested in 2012 after a former client discovered her status and reported her to police. There are no reported cases relating to the blood donation or sharing of needles/syringes element of the offence.

Although this provision criminalises a wide range of conduct, non-sexual ‘exposure’ – for example, by biting and spitting – is not covered by the HIV-specific criminal law. In these cases, other criminal laws not specific to HIV can be used to prosecute people living with HIV. For instance, a general disease law makes it a misdemeanour for anyone living with an STI, including HIV, to ‘expose’ another by contact with bodily fluids, with a penalty of up to 30 days’ imprisonment or a fine. The length of the available prison sentence for this provision compared with the HIV-specific law demonstrates the disparity in the punishment of perceived ‘exposure’ to HIV compared with other STIs. General non-disease criminal laws have also been used; in 2009 a man living with HIV was convicted of assault and battery with ‘intent to kill’ after biting his neighbour. The charge was increased by prosecutors upon discovery of the man’s HIV status, despite the negligible risk of transmission.

The law of South Carolina also empowers the Department of Health to order people living with STIs to modify their behaviour and comply with directives aimed ostensibly at protecting public health, including reporting for testing, treatment, or counselling, refrain from sex without disclosure and condoms, and notify past sexual partners of their status. Failure to comply can result in orders of isolation for up to 90 days upon approval of a court. There is no evidence of this provision being enforced, however. The Department of Health may also be required to aid prosecutions by disclosing medical records where ordered by a court.

Penalty for exposing others to Human Immunodeficiency Virus

It is unlawful for a person who knows that he is infected with Human Immunodeficiency Virus (HIV) to:

(2) knowingly commit an act of prostitution with another person;

A person who violates this section is guilty of a felony and, upon conviction, must be fined not more than five thousand dollars or imprisoned for not more than ten years.

Sexually transmitted diseases which are included in the annual Department of Health and Environmental Control List of Reportable Diseases are declared to be contagious, infectious, communicable, and dangerous to the public health. Sexually transmitted diseases include all venereal diseases. It is unlawful for anyone infected with these diseases to knowingly expose another to infection.

(2) A person who violates this subsection is guilty of a felony, and, upon conviction, must be imprisoned for not more than twenty years (…)

(2) A person who violates this subsection is guilty of a felony, and, upon conviction, must be imprisoned for not more than ten years (…)

(D)(1) A person commits the offense of assault and battery in the second degree if the person unlawfully injures another person, or offers or attempts to injure another person with the present ability to do so (…)

(2) A person who violates this subsection is guilty of a misdemeanor, and, upon conviction, must be fined not more than two thousand five hundred dollars, or imprisoned for not more than three years, or both (…)

(E)(1) A person commits the offense of assault and battery in the third degree if the person unlawfully injures another person, or offers or attempts to injure another person with the present ability to do so.

(2) A person who violates this subsection is guilty of a misdemeanor, and, upon conviction, must be fined not more than five hundred dollars, or imprisoned for not more than thirty days, or both (…) 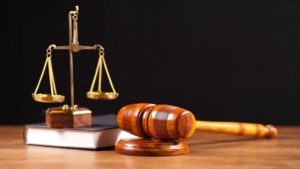 US: South Carolina man charged with alleged HIV exposure could face up to 10 years in prison 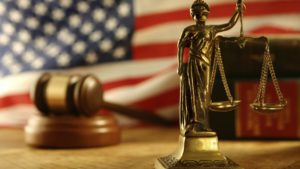 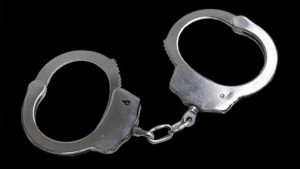 US: Man arrested in South Carolina for alleged HIV exposure 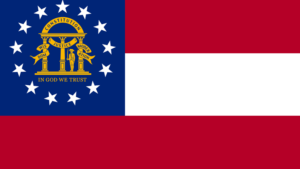 US: Man previously convicted of 'HIV exposure' in South Carolina charged in Georgia with 'reckless conduct' for not disclosing his HIV-positive status