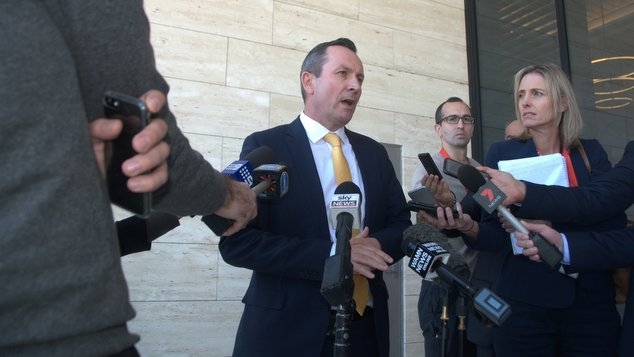 Source: Out in Perth

Proposed laws to forcibly test prisoners for HIV have no basis in science, perpetuate stigma, and should be referred to a parliamentary committee, according to the West Australian AIDS Council and National Association for People with HIV Australia.

Under laws set to be introduced to the WA Parliament’s Legislative Council on Tuesday, a prisoner who assaults a prison officer will be immediately tested for HIV.

HIV and blood-borne disease experts say the proposed laws overlook critical facts and are not based on science. They highlight that  HIV is not transmitted through saliva, a key myth perpetuated to justify this and similar legislation.

The legislation also fails to acknowledge the very successful treatment options available for people who are concerned they may have been exposed to HIV such as PEP treatment.

The experts say in the unlikely event a prison officer was exposed to HIV, they should take post-exposure prophylaxis, a medicine which can prevent transmission within 72 hours of exposure.

Additionally they say the McGowan government’s media releases on the issue falsely claims prison officers who have been assaulted have to wait three months before they themselves can be tested for HIV. They highlight that modern tests can detect exposure within just six days, rather than the 90 day description put forward by the government.

Corrective Service Minister Fran Logan has publicly stated that prisoner officers currently have to wait three months to get tested.

“Currently prison officers, who have been assaulted by a prisoner, have to wait three months before they themselves are tested to see if they have contracted an infectious disease such as Hepatitis C or HIV.” the Minister said in a media statement in February.

There is also concern that falsely equating HIV with criminality inflames stigma and discourages people from seeking tests for HIV.

The health experts also highlight that the debate in parliament, and reasons given for needing the new legislation make incorrect statements about Hepatitis, ignoring that a vaccine exists for Hepatitis B and there is a cure for Hepatitis C.

“HIV thrives on stigma and misinformation. These laws inflame that problem and hinder our prevention efforts. Marginalised communities such as gay and bisexual men, people who inject drugs, and sex workers will be less likely to seek a test for HIV when they see it associated with criminality.

“Part of the case for these laws rests on the discomfort prison officers face when they are spat upon. However, HIV is not transmitted through saliva, destroying one of the key arguments for introducing this legislation.

“The Government has also argued a prison officer may face an anxious three month wait to know if they have contracted HIV. The truth is that modern tests pick up the presence of HIV within six days of exposure. Rapid tests provide highly accurate results within fifteen minutes.” Gunasekera said.

Scott Harlum, the President of the National Association of People with HIV/AIDS (NAPWHA) said the workers the laws were proposed to be protecting were not being told the truth.

“Frontline workers including prison officers need to know they’re being sold a lie and offered nothing but dangerous false reassurance by these proposed laws and any government promoting them.

“There is no mystery in how best to respond to a genuine potential exposure to HIV, such as a needle-stick injury, and that does not include any time wasted or misdirected attention on anybody but the person potentially exposed.” Harlum said.

“In cases where someone faces genuine potential exposure to HIV, such as a needle-stick injury, post-exposure prophylaxis medicine is highly effective at preventing HIV transmission if taken as soon as possible and within 72 hours. Additionally, all front line workers should be protected against hepatitis B through vaccination.

“These laws fail to solve any problem, and only hinder the HIV prevention effort. Likewise, there is no evidence mandatory testing of prisoners will do anything other than further marginalise those living with HIV and other blood borne viruses. Amplifying anxiety and misplaced fear around HIV is simply the wrong thing to do.” Harlum said.

In 2014 the Barnett Liberal government introduced similar laws that relate to police officers. Despite international experts highlighting the laws ignored modern science and would lead to increased stigma the government proceeded with the legislation.

When the laws were introduced then Attorney General Michael Mischin told parliament that it was expected that mandatory testing would only be used on a small number of cases.

Last year Researcher Sally Cameron, one of the authors of the report, told OUTinPerth that the reality is it would be extremely unlikely that a officer could be infected by HIV.

“It’s remarkable that these laws have come in now, when treatments are so good, so many people now have a low undetectable load. The odds of – first of all a policeman coming into contact with someone who has HIV, and then there’s an incident, and that incident could involve the transfer of bodily fluids, and then that that incident could include any risk at all – is already really remote.” Cameron said.

Cameron argued that with the additional option of providing post exposure prophylaxis (PEP) treatment to anyone who has potentially come into contact with HIV, there is almost no possibility of an officer contracting HIV. The last recorded case of a front line worker contracting HIV appears to have occurred in 2002.

It is anticipated that the legislation will be debated in the Legislative Council on Tuesday.