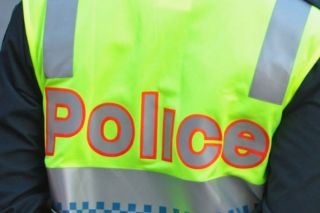 Spitters and biters beware.  From January 1 anyone caught biting or spitting at a police officer in Western Australia will be ordered to undergo blood tests for infectious diseases.

The new law, coming in at midnight on the busiest night of the year, has been introduced to streamline the testing process for officers who are injured by a potentially infected offender.

WA Police Minister Liza Harvey said officers’ concerns would be eased by immediately testing the blood of an attacker for infectious diseases.

“Previously a police officer has had an agonising three to six-month wait before they get results from their own blood testing to confirm if they have contracted a disease,” she said.

“So for those people who do decide to get on the wrong side of police and decide to bite them or spit at them we will be compelling those offenders to provide a blood sample.

“They [police] will have an idea of whether they’ll have contracted HIV or hep C or hep B and we can give the police officers peace of mind early in the piece as to whether they’ve been exposed to those diseases. ”

Ms Harvey said 147 police in 2013 were exposed to bodily fluids in a way that they could contract an infectious disease.

“This legislation will allow for the taking of blood samples from the offender which helps in diagnosis, clinical management and treatment of the exposed police officer,” she said.

She said the testing would only take place if transfer of an infectious disease, such as bodily fluid through broken skin, was possible.

Under the new law, approval for the blood test must come from an inspector or higher rank and a court order is needed if the offender is a child or is impaired.

Test will check for HIV, hepatitis B and C.