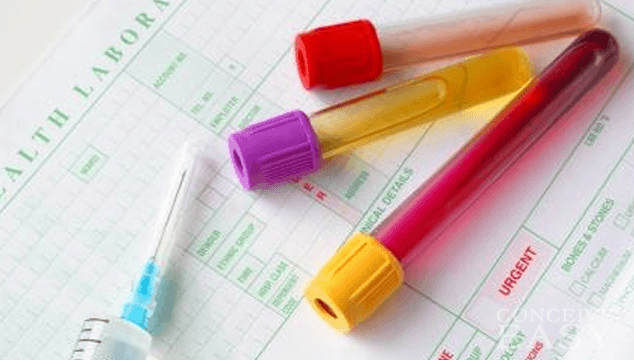 Have an STI? What you’re legally obligated to disclose

Jenelle Marie Pierce was 16 when she found out she had genital herpes.

“I was made to sleep on the floor at slumber parties because people thought they were going to contract my herpes from me,” the now 35-year-old from Caledonia, Mich., told Global News. “People can be cruel and really it’s just a product of a lack of information.”

Finding out you have a sexually transmitted infection (STI) may seem like the end of your love life, but according to experts, it’s not true. With the right amount of education, communication in disclosing your status and safe sex practices, you can foster a healthy intimate relationship.

In Canada, STI infections are on the rise. Between 1998 and 2015 (the most recent national data available), chlamydia — the most commonly reported STI in Canada — has risen from 39,372 to 116,499 annual cases among all ages and genders, and gonorrhea rates increased from 5,076 to 19,845 in the same time period. Infectious syphilis rates rose dramatically from 501 to 4,551 cases.

But aside from the obvious health implications these infections have, their emotional burden can be almost equally dangerous. A 2014 study published in the journalAIDS Patient Care and STDs found that STI-related stigma was associated with decreased odds of testing for STIs and decreased willingness to notify a partner of an STI among young African American men.

A similar study from 2009 that was published in Perspectives on Sexual and Reproductive Health also found that STI-related stigma was a barrier to adolescents’ screening behaviour.

“I’ve been called everything from a slut to a whore. People assume that you are a cheater, you are promiscuous … But it [affects] people from all walks of life, all backgrounds. It’s across the board. People from everywhere contract these infections.”

The key is to be open and ethical about your STI to prevent the spreading of any infections.

In Canada, it’s a crime not to disclose HIV or another STI before having sex that poses a “significant risk of serious bodily harm.” However, most prosecutions have been strictly related to HIV and hardly any have been related to herpes, syphilis, chlamydia or other STIs.

The legal obligation to disclose your status was established in the 1990s, but for people with HIV, the law became harsher in 2012. That’s when the Supreme Court of Canada decided that people living with HIV are obligated to tell their partner about their status before engaging in sex that poses a “realistic possibility of HIV transmission.”

According to advocates, this test has been applied inconsistently by the courts without proper regard to the science.

“The science is now established that there is effectively zero risk of transmission to a sexual partner if you have an undetectable viral load,” Richard Elliott, executive director of the Canadian HIV/AIDS Legal Network, told Global News.

There have been conflicting court decisions for people with HIV with an “undetectable” viral load. Some have been prosecuted and other’s haven’t.

At least 184 people have faced charges related to HIV non-disclosure after sex in Canada, one of the highest rates of HIV criminalization in the world, Elliott added. Only a few prosecutions have been related to herpes and syphilis. There haven’t been any prosecutions for non-disclosure of chlamydia, gonorrhea or HPV.

Besides the legal obligations laid out by the Canadian criminal code, some experts believe it’s important to be transparent about your STI in the name of public health.

“You want to be upfront, you want to tell the person, and you also want to reassure them that you will be performing safe and intimate contact,” Jason Tetro, a Canadian microbiologist, told Global News.

Tetro, who used to work in HIV research and policy, says STIs are becoming more and more resistant to antibiotics, which means they’ll be even more of a headache to treat — so, why not be open from the beginning, before any sexual contact?

“If you happen to be exposed you may be facing a very long and difficult antibiotic treatment before you’re clean, so the fact is, if we all work together to make sure we are not spreading these bugs, it’s going to improve public health overall.”

Having the awkward conversation

There are two approaches to talking to your partner, according to Pierce.

The first is being completely open about your STI status from the get-go. For those who are comfortable laying it out on the table, they can add their status to their dating profiles. The reason behind this approach, explained Pierce, is that you have a lower chance of getting your feelings hurt.

The second approach is more discreet. Just like any relationship that grows organically, some private matters like revealing your STI, are not discussed until trust is gained.

Of course, you need to disclose before there is any sexual contact.

“The idea behind that is that nobody actually puts everything out there on the table when they start dating. That’s kind of the whole dating process, it’s learning about somebody as you go,” Pierce said.

“Nobody says ‘I have horrible debt and my dad is an alcoholic and my brother is in prison’… [it’s a] myriad of things that might be a deal breaker for somebody.”

It really depends on who you are, there is no right or wrong way to do it, she added.

Once you’ve figured out the timing, you then need to figure out the method.

Avoid finding yourself in the heat of the moment. Find a private and quiet place to have the conversation, and approach it in a practical way, Pierce says. Lay out the facts in a neutral and non-emotional manner, because you don’t want to influence their response.

“It’s OK to acknowledge that it might be awkward or weird, but be as open and clear-cut as you can.”

Once you’ve disclosed your status and laid out the options for safe and protected sex, you have to let them decide if they want to take the relationship to the next level. Pierce’s biggest piece of advice? Don’t take the person’s response — positive or negative — personally.

Pierce, who has had a successful career and has had many healthy relationships, says you shouldn’t get discouraged. It’s better to be honest and straightforward, and foster a partnership with someone who will work with you to keep the STI contained to one person.