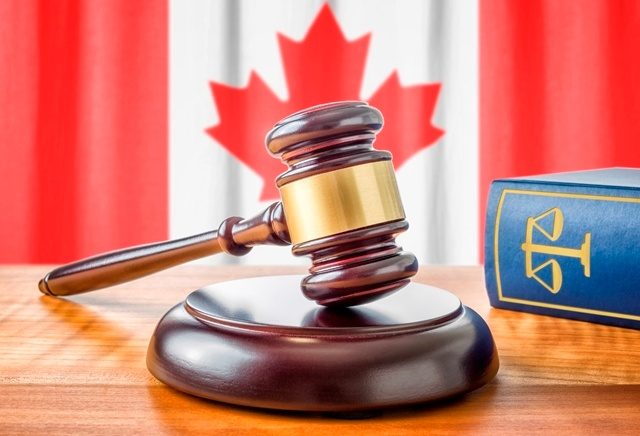 Ministers held productive talks on reducing delays in the criminal justice system, including progress on key legislative reform priorities. Ministers agreed on the need for urgent and bold reforms to reduce these delays. They discussed reforms to the Criminal Code’s mandatory minimum penalty provisions. Ministers supported improving the bail system to make it more efficient, while protecting public safety and considering the circumstances of Indigenous accused and accused persons from vulnerable populations. They looked at how to more efficiently and effectively address administration of justice offences, such as breaches of bail conditions, as these offences often lead to additional charges for vulnerable people.  Ministers also considered how the reclassification of offences could provide greater flexibility to use simpler and faster court processes.  Also highlighted was the need for reforms to the availability of preliminary inquiries in the criminal justice system, as they can contribute to court delays and their functions can be met through other mechanisms. Ministers recognized the importance of judicial case management in reducing delays and agreed on the need for legislative enhancements.

PT Ministers were briefed on Bill C-59, the proposed National Security Act, 2017, and provided views on how the federal government can work with provinces and territories to keep Canadians safe, while safeguarding Charter rights and freedoms. The Government of Canada signaled its openness to hearing further views as the legislation proceeds through Parliament.

Preparing for the cannabis and impaired driving legislation and implementation

Ministers agreed that the legalization and regulation of cannabis must be guided by the objectives of protecting the health and safety of all Canadians, particularly young people.

Ministers discussed Bill C-45, the proposed federal Cannabis Act, which would create a new legal framework for controlling the production, distribution and possession of cannabis in Canada. Ministers shared their views on the implementation of the regulatory regime for cannabis use. PT Ministers noted that there are significant administrative, regulatory, public education, officer training and law enforcement issues, including those related to home cultivation, which need to be addressed. These entail significant costs for provincial and territorial governments. They urged the federal government, as the government advancing this policy change, to invest the appropriate resources to support cannabis legalization. The Government of Canada has committed up to $274 million for this purpose. PT Ministers also noted that there are challenges associated with the federal government’s proposed implementation by July 2018 and that continued federal engagement and information sharing will be required to manage this transition.

The implementation of the federal government’s impaired driving legislation, Bill C-46, was also raised.  This legislation proposes new laws and penalties to address those who drive while impaired by drugs or alcohol. Ministers also discussed the federal consultations on lowering the criminal blood alcohol concentration to 50 mg of alcohol per 100 ml of blood; specifically, Ministers agreed to complete work, under the leadership of the federal government, on the design of a model law regarding the creation of administrative enforcement regimes for alcohol and drug impaired driving.

Ministers discussed HIV non-disclosure. They re-iterated the importance of an appropriate criminal justice system response to HIV transmission and exposure cases involving people living with HIV who do not disclose their status to sexual partners. FPT ministers agreed to collaborate on possible next steps on this important issue in the coming months.

Ministers also heard from representatives of the Assembly of First Nations, the Native Women’s Association of Canada, the Congress of Aboriginal Peoples and the Women of the Métis Nation regarding justice and public safety challenges for Indigenous communities. Key discussion items were: delays in the criminal justice system, restorative justice, gaps in services for Indigenous people involved with the criminal justice system, the Truth and Reconciliation Commission of Canada’s Calls to Action, violence against Indigenous women and girls, and Indigenous policing.

“I am pleased with the substantive discussions we had and the progress we have made on a number of priorities, from legislative reform and initiatives to address delays in the criminal justice system to preparing for a new regulatory framework for cannabis legalization and strengthened impaired driving laws. In the spirit of a renewed relationship with Indigenous peoples, we had the opportunity to engage with representatives of Indigenous organizations on the unique interface between the justice system and Indigenous people.”

Minister of Justice and Attorney General of Canada

“These meetings are a valuable opportunity for Ministers to discuss and collaborate on issues affecting the safety and security of all Canadians. I value the input and perspectives brought forward by my provincial and territorial colleagues and will take them into consideration when advancing Government of Canada initiatives. At the end of the day, we’re all working for Canadians.”

“Meeting with colleagues from across the country, and with representatives from National Indigenous Organizations, provides a tremendous opportunity to learn from one other and to forge a stronger justice and public safety sector. These meetings reinforced British Columbia’s commitment to develop a strategy to improve how Indigenous people interact with, and are treated in, the justice system, and advanced the dialogue needed to address critical justice issues, such as delays in the criminal justice system.”

“British Columbia was pleased to provide a venue for federal, provincial and territorial colleagues this week to engage in important debate, share ideas and look at key issues of concern for all jurisdictions, such as cannabis regulation and impaired driving. This provides a great opportunity to create common understanding to help us move forward on matters critical to public safety and the justice sector.”

Minister of Public Safety and Solicitor General of British Columbia

“Justice is a shared responsibility and this meeting presented a great opportunity to work together on a wide range of sensitive and complex issues, including cannabis and impaired driving legislation. We are looking forward to continued collaboration with our justice partners across Canada as we strive to increase access to justice on multiple fronts, including through improving the efficiency of the criminal justice system and addressing case lead times. Changes are needed, and they must be done in a thoughtful manner, on a principled basis with a thorough understanding of how they will impact the people we serve.”

Minister of Justice and Solicitor General of Alberta