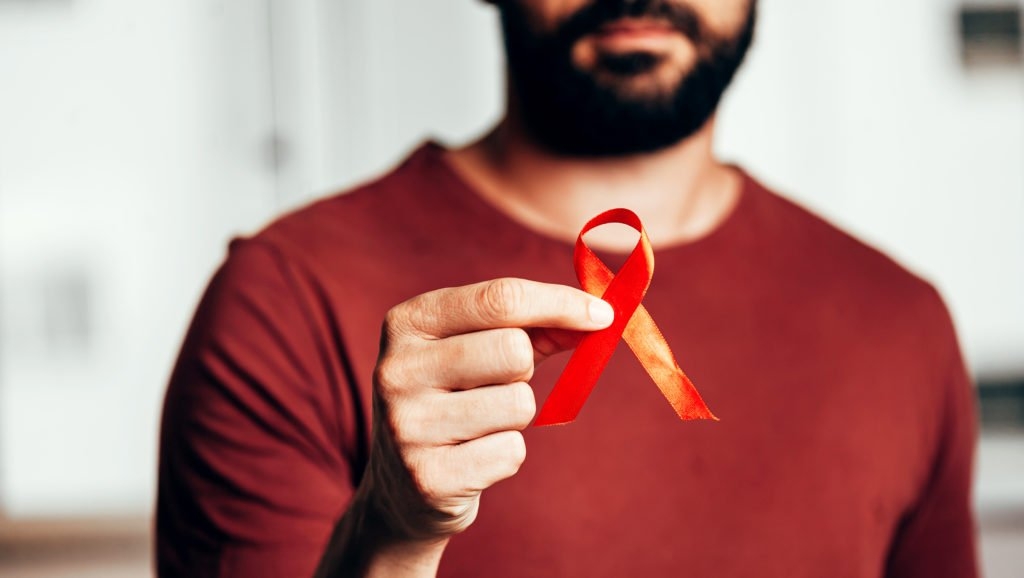 How LGBTQ2 communities are affected, what laws remain in place and what’s being done to end unjust criminalization

In early February, a man identified only by the initials N.G. had his appeal heard at Ontario’s Superior Court in what advocacy groups hoped could establish a new precedent for Canada’s HIV disclosure laws. N.G. was convicted of aggravated sexual assault in 2017 after three complainants said he did not disclose his HIV diagnosis before their sexual encounters. He used a condom and did not transmit the virus to any of his partners. Still, N.G. was sentenced to 42 months in prison—short of the life sentence an aggravated sexual assault conviction could carry.

According to a CBC report, the Crown attorney for the case, Grace Choi, said “low risk or lack of intent to transmit the virus are not sufficient, even if a person uses a condom.” She also reportedly questioned whether condom use “prevents the reasonable possibility of transmission.” Failing to disclose a person’s HIV status “deprives the sexual partner of meaningful choice,” she told the court.

But “continuing to criminalize people living with HIV who use condoms is discriminatory and an overly broad application of the criminal law that is harmful and bad for public health,” wrote Richard Elliott, executive director of the Canadian HIV/AIDS Legal Network (CHLN), in a statement in response to the appeal hearing.

What is HIV non-disclosure criminalization?

In Canada, there is no criminal statute that requires people to disclose their HIV-positive status before sex. But courts have taken matters into their own hands when it comes to defining when disclosure should happen.

But provincial and municipal courts dealing with HIV non-disclosure cases often prosecute outside of this Supreme Court ruling. According to the CHLN, many people living with HIV have been charged and convicted despite there having been little to no risk of transmission during their sexual encounters.

In Canada, there are currently about 200 people who have been charged for alleged HIV non-disclosure. The most common charge in these types of cases is aggravated sexual assault, defined as an assault that “wounds, maims, disfigures or endangers the life of the complainant.”

“The theory is, because you can die from HIV, then that’s an endangerment to your life,” Elliott says.

Being convicted of aggravated sexual assault can have dramatic consequences: Those convicted are automatically registered as sex offenders for life. People who are not Canadian citizens—including visitors and permanent residents—can be deported. And for many, the charge can lead to further stigma beyond their HIV status, including isolation and difficulty finding housing, employment and even healthcare support.

Since the HIV/AIDS epidemic of the 1980s, healthcare researchers and providers have made strides in managing the virus. With proper treatment, many living with HIV can have what is considered an “undetectable” viral load. That means the virus becomes so suppressed that HIV-positive people cannot transmit it, even in the absence of other forms of protection such as condoms, or medications like pre-exposure prophylaxis (PrEP) and post-exposure prophylaxis (PEP). The science has given rise to the phrase U=U, or “undetectable equals untransmittable.”

According to CATIE, Canada’s resource for HIV/AIDS and hepatitis C information, studies define “undetectable” as less than 200 copies of the virus per millilitre of blood. It’s higher than what most clinical tests aim for, which is 40 to 50 copies per millilitre. Canada’s Supreme Court uses the 200 copies-per-millilitre value—meaning, if someone has less than 200 copies/ml of the virus in their blood, there is a negligible reasonable risk of transmission and therefore no obligation to disclose.

What is the federal government doing about HIV non-disclosure criminalization in Canada?

In 2018, the federal government released a directive to the Public Prosecution Service of Canada that narrowed the scope of Canada’s HIV non-disclosure prosecution. It follows a 2017 report from the Standing Committee on Justice and Human Rights regarding Canada’s laws surrounding HIV non-disclosure.

The 2017 report notes that, because the current law treats all cases involving a “realistic possibility of transmission” as aggravated sexual assaults, there’s been an over-criminalization of those living with HIV: They’ve been charged with the most serious sexual offence on Canada’s books.

It also says that police should instead charge individuals with—and prosecutors should pursue cases where—criminal offences that are non-sexual in nature, such as in the cases of assault, criminal negligence or nuisance. This model follows in the U.K.’s footsteps, creating more flexibility for prosecutors and ensuring that those charged would not automatically be registered as sex offenders. If a person living with HIV has sought or received services from public health authorities, it should be taken into account when determining whether it’s in the public interest to pursue criminal charges against them.

The catch, however, is that the directive only immediately applies to the territories—the Yukon, Nunavut and the Northwest Territories—because the Public Prosecution Service of Canada is the prosecutor there; the provinces have their own prosecutors. Despite the directive, it’s still up to individual provinces to make their own choices in relation to non-disclosure prosecutions. That said, Ontario, British Columbia and Quebec have similar directives in place.

The 2017 Justice Committee report also recommended Parliament convene to establish a federal-provincial working group to develop a common prosecutorial directive for non-disclosure laws across Canada. In a media response to Xtra, the Justice Department was unable to confirm if that working group has been established.

In June 2019, Minister of Justice and Attorney General of Canada David Lametti acknowledged that the directive should go further, and, if re-elected, the Liberals would tackle the issue. In a follow-up from Xtra, the Department of Justice was unable to elaborate on what concrete measures will be taken.

Who is most affected by HIV non-disclosure laws in Canada?

Alexander McClelland, a researcher and Banting Postdoctoral Fellow at the University of Ottawa, has found that found HIV non-disclosure criminalization affects a number of communities in different ways—including a significant number of straight men who have sex with women. But when looking into other, more marginalized communities, McClelland discovered that those who engage in sex work and LGBTQ2 communities experience unique challenges with non-disclosure criminalization.

Of cases involving LGBTQ2 folks, McClelland says those involving gay men are most sensationalized by the media. “Gay men still represent a majority of the HIV cases in Canada, and I think the way in which gay men have [different] kinds of sex freaks out authorities,” he says. “It’s very polarizing when it comes out. A lot of people think when someone has been promiscuous and hasn’t disclosed their HIV status that they should be prosecuted or criminalized. Usually someone’s name and picture ends up in the media through the police—and that can create a sense of hysteria for those who slept with that person.”

McClelland says these media depictions, contribute to an ongoing stigmatization of people living with HIV. “The only time you see a representation of people living with HIV is when it’s a police photo in the media about them being a violent perpetrator spreading HIV,” he says. “In my research, when I actually spoke to people, they understood they were trying to do something to protect their partners by taking medication, using condoms or overtly telling people.”

Another barrier that increases the risk of prosecution, McClelland adds, is a lack of access to viral suppression medication. In line with the 2018 federal directive, Ontario, Quebec and B.C.  no longer prosecute people who can achieve undetectable viral loads. This caveat affects a wide number of socially marginalized communities, including people who are street involved, have recently been released from prison or those working on the street as sex workers, for example.

“This means those people will be further marginalized socially and thought of as more deviant, more diseased and more infectious—and more in need of criminalization,” McClelland says.

What still needs to be done to address these issues in Canadian law?

While reform in criminal justice has yet to happen, it could be on the horizon. Last June, the Justice Committee issued another report on HIV criminalization. This time, it called for two major changes: Removing HIV non-disclosure from the reach of sexual assault law, and limiting the criminalization of HIV to cases with actual transmission only.

In regards to the latter, CHLN wants the law to go further, limiting prosecution to intentional transmission of HIV. “There is an increasing amount of people that see using sexual assault laws for this as problematic,” Elliott says. “We don’t have an HIV-specific provision, or even an STI-specific provision in the Criminal Code. But the way the law has evolved we do effectively have prosecutions that target HIV-positive people with sexual assault.”