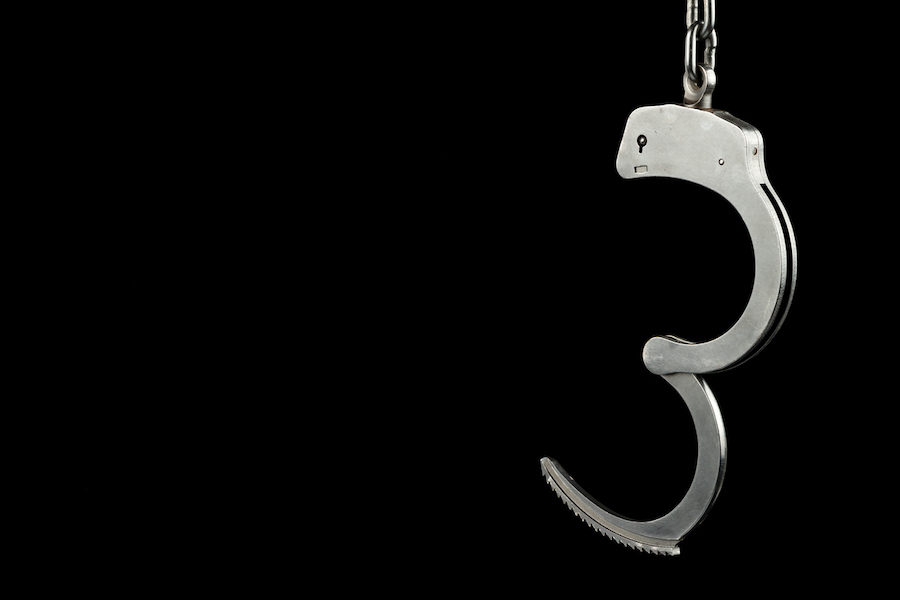 Decriminalizing Sex Work, HIV and Substance Use Is the HIV Prevention Strategy We Need

Though maybe not nationally recognized yet, the push to decriminalize sex work, substance use, and HIV has been one of the strongest and fiercest movements of our time. Activists globally are working with legislators to introduce bills that protect communities from harmful laws that keep innocent people behind bars.

You may have heard of activists’ efforts to legalize things that are currently illegal, like marijuana. Legalization, though it sounds progressive, often means including federal and state government. Due to the controlled and contained nature of legalization, it generally introduces added police and militarized involvement, which further harms communities already affected by the abusive behavior of police presence and force. This is why advocates often aim for decriminalization rather than legalization.

As the HIV epidemic progressed, we saw scientific advances in HIV prevention and treatment, including the knowledge of treatment as prevention, or “TasP,” the reality that effective treatment prevents the spread of HIV. This came alongside rapid testing and pre-exposure prophylaxis (PrEP), which are all steps people can take to prevent HIV transmission, depending on access to these avenues of preventative care. And while all of these are interpersonal ways that people can reduce HIV transmission, there is a structural tool that can use existing movements to prevent HIV—decriminalization. It’s what I call DasP, or decriminalization as prevention.

Sex workers continue to be some of the least protected people in our society, despite the long history of sex work as a profession. Sex work criminalization can include one of many things: criminalizing people for having condoms, jailing people for solicitation or for simply even walking while appearing to be engaging in sex work (locally known as “Walking While Trans” bills). The most recent and well-known example of criminalizing sex work is most likely FOSTA-SESTA, the federal law that penalizes sites like Craigslist and Backpage simply for hosting ads advertising sex work, even though those sites allowed sex workers to screen clients and stay safe.

With sex-work criminalization comes escalated intimidation from law enforcement, fear of seeking services from health care providers, and unsanitary working environments. Due to the covert and stigmatized culture of sex work (even at times as a direct result of criminalization), workers are forced to perform in isolated areas and are typically rushed while having sex, therefore not being able to use condoms. Many sex workers have also witnessed police destroying, confiscating, and using condoms as physical evidence to incarcerate. All of this instilled fear results in a decrease in sexual empowerment and a spike in HIV transmission rates for sex workers who do not feel permitted to access and adapt preventative care (such as PrEP and TasP). If we make a considerable effort to decriminalize sex work, studies show that we have the ability to drastically reduce HIV transmissions by 33% to 46% worldwide.

But why stop at decriminalizing sex work, when we can legalize it? The legalization of sex work, though sounding seemingly “progressive,” results in heavier regulations by government agencies, which in turn still criminalize sex workers who do not comply with existing law. Legalizing would also disproportionately affect communities that continually get harassed by discriminatory policing (including but not limited to undocumented people, drug users, and people living with HIV).

Decriminalizing Substance Use as Prevention

Although there is no federal ban on needle-exchange programs, prior to 2016, there was a funding ban for the government to use any money to support such programs. Still, there are currently 15 states in the U.S. that ban needle-exchange programs. For instance, when HIV advocates saw that Mike Pence was slated to lead efforts to confront coronavirus nationally, they referenced his response to an HIV outbreak in Scott County, Indiana. As governor, Pence actively delayed implementing needle-exchange programs across the state up until the federal Centers for Disease Control and Prevention intervened.

We know that as with sex work, drug decriminalization combined with needle exchange, harm reduction, and safe consumption sites have proven to drastically decrease HIV transmissions. Currently, drug-related offenders comprise 191,000 of the 1.3 million people in state prisons, 157,000 of the 631,000 in local jails, and 100,000 of the 226,000 people in federal prisons, according to the Prison Policy Initiative.

In addition to Portugal, the Czech Republic, the Netherlands, and Switzerland also have passed sweeping drug decriminalization bills. A 2019 UNAIDS report showed that once these bills were passed, the four countries invested in public programs that used harm reduction as a tool for substance users. The rates of HIV transmission among injection drug users in these countries are currently visibly low.

The report also proved that people who live in communities that have access to harm reduction services are more likely to get tested and therefore adhere to treatment if they test positive. Having empowering and affirming programs gives users support and not the fear and stigma that fuel new HIV transmissions.

Most HIV criminalization laws were introduced and passed during the early years of the epidemic, before there was effective medication. Fear of the virus created hysteria among legislators, and many wanted people (and communities) to blame for the rate of transmissions.

Many activists have historically argued that HIV criminalization laws were based on homophobic and racist bias. The Ryan White CARE Act, which continues to be a driving force getting Americans lifesaving treatment and prevention, required states to show that they made efforts to criminalize individuals who exposed people to HIV. Currently there are 34 states and two U.S. territories that criminalize people transmitting HIV. Although laws differ from state to state, as the American Academy of HIV Medicine states, “Many of these laws are applicable whether or not actual harm has been demonstrated or caused.”

Just this past January, New York City’s Port Authority Police Department arrested an HIV-positive man at LaGuardia Airport for spitting into an officer’s mouth. The police report and the CBS News article alerting the public that followed spread false information, stating that the officer was in danger of contracting HIV. As we know, HIV cannot be spread via saliva, yet the report included that the HIV-positive man had a “lethal weapon” on him. Since the report was not detailed, many advocates implied that the “lethal weapon” was the individual’s status. This is one of many examples of recent criminalization across the U.S.

Through the scientific advancements of treatment, testing, and prevention, we know that there is zero percent of transmission sexually from a person who is on successful HIV treatment (undetectable equals untransmittable, or U=U), we know that individuals will be less likely to transmit HIV if they know their status, and we know that PrEP is 99% effective to stop the transmission of HIV. We also know that through active criminalization laws, individuals are less likely to get tested out of fear of having HIV. A majority of criminalization laws only incarcerate if the individual knows their status. A study in Toronto between 2010 and 2012 showed that 7% of men who had sex with men were less likely to get an HIV test for fear of future prosecution. The same study also explained that the fear of knowing their status could lead to an 18.5% increase in HIV transmission. Additionally, people living with HIV who are in criminalization states fear seeking treatment, which is not only a detriment to their own health, but also to public health, because, as a result, HIV continues to spread.

We also know in 2020 that HIV is no longer a death sentence. People living with HIV live long and healthy lives, and are actually more in tune with their own physical health. If anything, active HIV criminalization laws enable and breed stigma and discrimination against people living with HIV and the communities disproportionately affected by it.

There has been a recent movement in HIV criminalization reform, as recently as weeks ago in Washington State, where legislators moved to reduce penalties for people transmitting HIV. This similar modernizing of HIV criminalization laws has also passed in states like California, where Rep. Barbara Lee has led the national charge with these repeals. She introduced the REPEAL HIV Discrimination Act back in 2011 in the House of Representatives, then reintroduced the bill in 2017.

In her own words:

“HIV criminalization laws are based on bias, not science. Instead of making our communities healthier, these laws breed fear, discrimination, distrust, and hatred. Punishments under these laws or statutes include decades-long sentences and sex offender registration, even for behaviors and situations that pose no HIV transmission risk. These dangerous and stigmatizing laws undermine public health and can contribute to worsening the HIV epidemic—and are one of the top 4 reasons why people living with HIV do not seek medical care. Our laws should not perpetuate prejudice against anyone, particularly against those living with diseases like HIV. By introducing this legislation, we are sending a signal that discrimination and stigma have no place in our laws. We must all keep fighting to ensure everyone can live with dignity and respect, and to one day achieve an AIDS-free generation.”

To end the epidemic, we—as Rep. Lee states—need to trust science, not bias.

With a continuing pandemic at our feet, we are already seeing how the government can prey on the marginalized during a public health crisis. As ProPublica reports, an alarming rate of Black and Brown Americans are contracting and dying of coronavirus. We also know that the hardest hit by new HIV transmissions are Black and Brown people, mostly in Southern states. They are also the most frequent victims of criminalization laws.

We are already seeing the beginnings of COVID-19 criminalization. As recently as March 25, officers in a Chicago Police Department station arrested a man who entered the precinct and coughed on them. He was arraigned for “reckless conduct.” The Department of Justice is planning to charge people as “terrorists” if purposefully exposing coronavirus to others. Additionally, Mayor de Blasio of New York announced on March 29 that the New York Police Department will begin fining people between $250 and $500 if they do not practice social distancing. Gov. Cuomo also voiced support for enforcing social distancing in New York State.

Many advocates say that these examples are a pathway to criminalization. As a response to these and similar offenses in countries such as Bulgaria, Canada, Peru, and South Africa, the HIV Justice Network (a global advocacy hub fighting HIV criminalization) released a statement, voicing, “Communicable diseases are public health issues, not criminal issues.”

As we see New York City jails become the epicenter of the pandemic in the world, we must reiterate that jails are not beneficial to public health. With overcrowded and unsanitary prisons come exponential numbers of transmission rates of both HIV and COVID-19. It is imperative that we mobilize and introduce sweeping decriminalization bills to radically reduce HIV and COVID-19 transmissions. These laws are not only harmful for the vulnerable communities affected, but for overall public health.