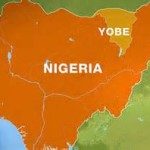 The Speaker of the Yobe House of Assembly, Alhaji Adamu Dala Dogo, has disclosed that the House would soon pass a law which would make it mandatory for all intending couples to undergo HIV/AIDS test before their marriages in any church or mosque in the state. He said this was to help prevent the spread of the scourge in the state, as it was on the increase.

The law, according to the speaker, is expected to be passed before the end of the year and would be useful in the efforts to ensure that the scourge of AIDS in the state is “remarkable curtailed.” “The spread of this deadly virus can only be effectively prevented from spreading among the people through ‘genuine tests’ on HIV/AIDS, particularly on all intending couples that want to get married.”