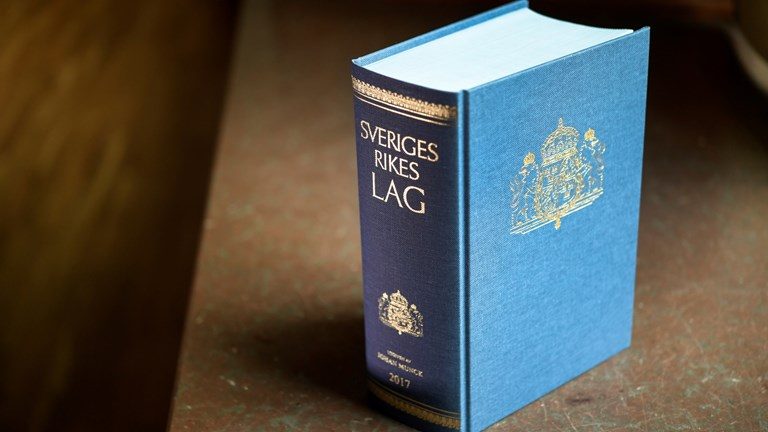 Published in aidsmap on February 6, 2019

Despite generally positive relationships with HIV clinic staff, men living with HIV in Sweden report that when it comes to rules regarding disclosure and legal obligations, clinicians were not always clear with patients regarding the meaning of undetectability and whether or not they still needed to disclose or use condoms. Men often needed to seek out other sources in order to find this crucial information, according to a recent qualitative study published in AIDS Care by Tobias Herder and Professor Anette Agardh at Lund University.

According to the Swedish Communicable Diseases Act of 2004, HIV infection is classified as a public health hazard. It stipulates that an HIV positive individual needs to be given written rules of conduct by the treating physician after diagnosis. These standardised rules outline the patient’s obligations, including disclosure of HIV status to sexual partners and using methods to minimise transmission, such as condoms.

In 2013, in accordance with results of the HPTN 052 study, the National Board of Health and Welfare issued a clarification that allowed physicians to exempt those with an undetectable viral load from disclosing their status to sexual partners.

In June 2018 the Supreme Court acquitted an HIV-positive man who did not disclose his status to his sexual partner. He was charged with exposing his partner to the risk of serious illness. However, the Court ruled that stable HIV treatment, with a maintained undetectable viral load, leads to no risk of infection and therefore the man did not need to disclose.

The main aim of this qualitative research was to explore experiences and perceptions regarding disclosure, infectiousness, undetectability, obligations and how this information was communicated to them. Researchers carried out ten in-depth interviews with men who have sex with men between November 2017 and February 2018. Median age was 43.5 (range: 25-71) with 7.5 median years since diagnosis (range: 2-27). Four men had received a disclosure exemption from their doctors, four had not and the other two were unsure. Most participants (70%) were born in Sweden.

An over-arching theme emerged from the interviews: navigating between rules and reality. This theme was identified through qualitative content analysis based on categories that emerged from the interviews. This theme — and the primary finding from the study — indicated that men living with HIV in Sweden needed to navigate the reality of living with HIV while trying to incorporate rules given to them by clinicians into their everyday lives. In certain instances, these rules were not clear or the men were given contradictory information.

Many participants expressed that clinics were safe, supportive spaces and that they had a positive relationship with clinicians, especially nurses. The men reported that they were able to request a change in treating physician if they did not have a good relationship.

‘In that sense I think it’s great to have such a close relationship with both the physicians and nurses. Because when we meet, we have fun. And they know me, they know the way I am.’

Participants revealed that information about HIV and rules about sexual conduct were not always provided at clinics routinely. However, the men took it upon themselves to find out necessary information and felt comfortable asking clinicians when they were unsure. Some participants sensed reluctance on the part of clinic staff to fully explain that undetectability equated to uninfectiousness. The implied message was that men should continue using condoms as a precaution.

‘After multiple ifs and buts [the nurse] finally explained the thing with low infectiousness. I recently thought about this and it was very moralising. “Well, don’t forget that there is still a risk of transmission”. All I really wanted was a clear answer. (…) But she hardly wanted to give me that information.’

Men described accurate information relating to undetectability as a welcome relief; it meant that they no longer viewed themselves as infectious and could be more confident regarding sex. In many instances, this information was acquired from peers, HIV organisations or the academic literature, and not directly from clinics. The importance of peer networks for information-sharing and support was emphasised by some participants.

‘There was a security within myself that the virus cannot be transmitted, and reasonably I should be able to have sex on equal terms, as if I didn’t have the virus.’

While mandatory disclosure to sexual partners and condom use were topics that all participants had discussed with their doctors at the time of diagnosis, the manner in which the rules of conduct were received, and their impact, differed among participants.

Some described it as an inherently stigmatising and negative experience, with a sense of being treated like a criminal. Others only vaguely recalled the discussion and cited their distress regarding the diagnosis as a reason for not fully processing all the information at the time.

“I believe it was more, like, how can you survive? Will I work? I mean questions about life that are bigger than the rules of conduct, more existential questions, I would say, were important at that time.’

‘I think it is really bad that they don’t tell you this. Really bad.’

Those who had received exemptions from the obligation to disclose their HIV status had generally asked their doctors directly. Some participants were not aware that they could be granted an exemption.

Due to fear of criminal charges, some men kept updated on court cases pertaining to HIV non-disclosure and based their rules of conduct on rulings from these cases.

‘As I have understood it, a prosecutor would not move on with the investigation if the person is well treated.’

Participants expressed frustration at receiving inconsistent information at clinics. Rules relating to condom use were particularly vague, with some physicians stating that condoms did not need to be used in long-term relationships when undetectable, while others stated that condom use was always necessary. Terms such as ‘minimal risk’ or ‘very little risk’ caused confusion and were not easily translated into real-life instances. Participants felt that younger doctors were more likely able to state unequivocally that undetectable equated to uninfectious, whereas older doctors were much more hesitant to do so.

‘There are quite different responses. Even from the same unit, institution, the response depends on who you talk to. As a person living with HIV I find this quite unpleasant.’

‘The newer ones that come (…) Well, they are more like “But, my goodness, you are not infectious anymore!”, or something like that, yes.’

This study highlights the importance of clear communication between healthcare providers and patients in a country where prosecution for HIV non-disclosure is still a possibility. While many participants expressed that HIV clinics were safe spaces and that they had developed good relationships with staff, they also reported that there were inconsistencies in the information they received pertaining to undetectability, condom use and their disclosure obligations. Some were not even aware that they could be exempt from disclosing.

Men needed to find ways of navigating the Swedish rules and their lived realities, often relying on knowledge gained from other, non-clinical, sources such as peers. Knowledge about being uninfectious was welcomed as a relief for the men, but needs to be communicated more directly, consistently and openly.

Herder T & Agardh A. Navigating between rules and reality: a qualitative study of HIV positive MSM’s experiences of communication at HIV clinics in