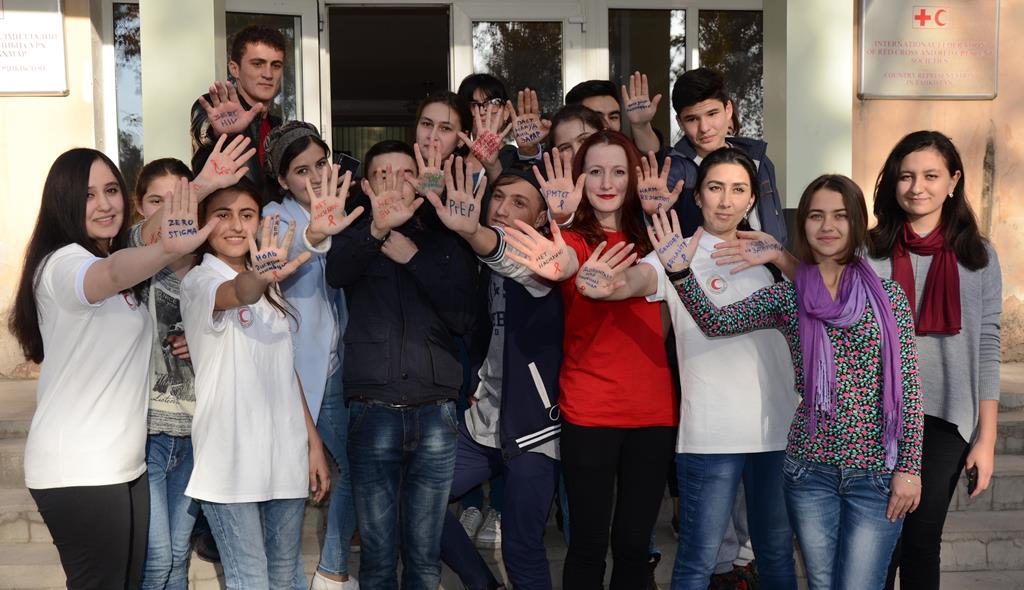 Why has the number of criminal cases for knowingly acquiring HIV infection suddenly increased in Tajikistan?

In Sughd Oblast, seven criminal cases against people living with HIV have been initiated since the beginning of 2019 alone.

Only seven per cent of HIV-positive women in Tajikistan are commercial sex workers, while the rest are ordinary women, wives of migrants and housewives. But against the backdrop of criminal cases related to deliberate HIV infection, which have noticeably increased, society only sees them as commercial sex workers.

And this is not the most important problem that people with HIV are facing,” said Takhmina Khaidarova, head of the network of women with HIV in Tajikistan.

– Takhmina, tell us how “deliberate infection” really happens, why do people go there?

– In practice, we meet with different people: some have three classes of education, others have graduated, and everyone needs a different approach. After a diagnosis is made, a person needs a detailed consultation in a language that is accessible to them. Unfortunately, we don’t have any specialized specialists who will do it.

People will find out that they are HIV-positive, and it is not a fact that they understand the seriousness of the situation. Or so – a person starts taking ARV therapy, and it often has very negative side effects, including hallucinations, and in order for the body to adapt, you need at least caloric food, which not everyone can afford, and people just quit taking medication.

Because they think, “I felt good, now I feel bad, so I’m better off not taking these drugs. Yes, after a person learns about his or her diagnosis, he or she is registered with the Republican Center for AIDS Prevention and Control, he or she signs a receipt stating that he or she has been warned about criminal responsibility, but who will guarantee that he or she understands the seriousness of what he or she is signing?

By the way, if a person who is HIV-positive and warns his or her sexual partner about the presence of an infection, and the latter agrees to have relations with him or her, then no criminal responsibility comes into play. However, it is impossible to prove it in court later on. Because partners do not give their consent in writing.

– Have such cases occurred in practice?

– Sometimes the partners are aware of it, but they refuse to be warned about it during the trial. In fact, all discordant couples (in which one partner is HIV-positive and the other is HIV-negative) can also fall under Article 125 Part 1 of the Criminal Code of Tajikistan. This part states: “Knowingly exposing another person to the risk of HIV infection”, i.e. it is not an actual infection, but a risk of infection. And all people with HIV-positive status who have a sexual partner, in fact, put them at risk of infection. But in reality this is not the case: if a person takes ARV therapy, their viral load is reduced, and even in the case of unprotected sex, their partner will not catch HIV.

Many high-profile criminal cases in Tajikistan have recently been initiated under the first part of Article 125 of the Criminal Code. This is very important to understand.

– So none of the victims were infected with HIV?

– The last sentences under this article were handed down in Khujand, and two women were sentenced to one year’s imprisonment: this is Article 125, Part 1 – it punishes by restriction of liberty for up to three years or imprisonment for up to two years. The second part of this article, “Infection of another person with HIV”, is punishable by two to five years’ imprisonment.

– How many women with HIV are commercial sex workers?

– According to statistics, only seven per cent of women work in the commercial sex industry, all other women are regular housewives, and more often they are wives of migrants who have contracted HIV from their husbands or contracted HIV through various medical procedures. But for some reason it still seems to everyone that a woman with HIV status is necessarily a commercial sex worker. And this leads to the fact that people are afraid to come to AIDS centers for help.

– Why do you think the number of cases under Article 125 of the Criminal Code has increased recently?

– When the head of state visited the Tajik Medical University last September and raised the problems of infectious diseases, including HIV infection, which are important for the modern world, we were very grateful, because we believed that now they will be paid even more attention to. However, things have turned out a little differently. Previously, HIV infection issues were dealt with by the Republican Center for AIDS Prevention and Control, specialized NGOs, as well as other competent and informed structures, and now many other specialists are involved in this issue, who, unfortunately, do not always understand what HIV infection is.

In addition, after the introduction of mandatory testing for young couples before marriage, it has become much more difficult for people with HIV to maintain their confidentiality.

Here is how it happens: during testing it becomes clear that a person is HIV-positive, this is known to the administration at the polyclinic in their area of residence, which issues a marriage license, and then the civil register office, which will register the marriage, learn of the status. In the regions of the country, where the functions of the registry office are performed by jamoat departments, jamoats will also be recognized. Given the fact that in Tajikistan, it is the parents who decide everything for the young people, if they are HIV-positive, the entire family of the groom or bride will also learn about their HIV-positive status. While the confidentiality of a person who is HIV-positive is guaranteed by law, he or she should only tell his or her sexual partner about his or her status.

The law does not prohibit HIV-positive people from having a family. But when a civil register office receives information that a person is HIV-positive, what should they do? No one has the right to prohibit marriage of a person with HIV, and no one has the right to disclose information about the presence of infection, then why is this testing? In general, enforcement mechanisms have not been designed.

Fortunately, at the end of January this year, the Ministry of Health and Social Protection of Tajikistan together with international organizations, in accordance with the WHO recommendation, adopted methodological recommendations for the introduction of pre-exposure prophylaxis for HIV infection, which sets out all the mechanisms of action. I hope that something will change now.

“We already know about a third case of HIV cure..– How does information about cases of deliberate HIV infection affect people who are positive?

– This has a very negative impact on people’s lives because they see all this negativity and can simply refuse ARV therapy so that they do not have to go to AIDS centres again. Or people who have doubts about their health may simply not take the test and lose valuable time. Medicine is now so advanced that a person who is taking ARV therapy correctly, becomes safe even for his sexual partner, for his future child. HIV infection is no longer a deadly disease, but a chronic one, which is regulated by therapy; just a few days ago a the third case of HIV cure became known.

In Tajikistan, there are no problems with ARV treatment, all medicines are provided free of charge, and people can take them and live just like everyone else. If you look at the world experience, thanks to new medicines, restrictions for people with HIV are being removed, but here, in our country, on the contrary, they become more common.

– In Denmark, seven years ago, the punishment for unprotected sex with an HIV-negative person was abolished, because the life expectancy of a person with HIV does not differ from that of a person who is negative when receiving therapy.

– In October 2018, the CEDAW Committee, which oversees the implementation of the Convention on the Elimination of All Forms of Discrimination against Women (Tajikistan is a signatory to the Convention – note: Autumn 2018), presented an alternative report in which the topic of women with HIV status was seriously discussed. The report recommended that part 1 of article 125 of the Criminal Code of Tajikistan be repealed.

In addition, a recommendation was made to repeal a government decree of 2004, according to which people with HIV could not be guardians and foster parents of a child. Comments were also made on the 2018 decree, which states that people with HIV status cannot study in medical universities. The Committee recommends that the Government remove these restrictions within five years.