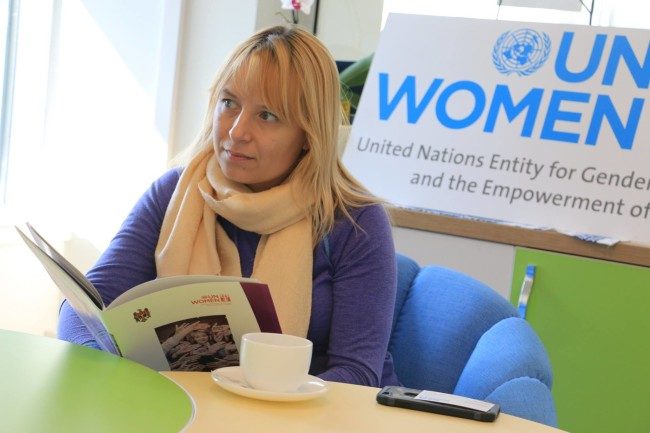 HIV criminalisation creates an atmosphere of false effectiveness of the State

Google translation – Scroll down for article in Russian

Global changes in Ukrainian politics in the spring and summer of 2019 generated a new wave of “high expectations” of civil society in relation to changes in the field of legislation. As a result, along with calls to immediately punish all corrupt officials and restructure the domestic economy, the concept of “decriminalization” has come into use in the media over the past half year.

The most famous today are public campaigns to decriminalize medical cannabis and sex work. Both topics are considered “hot” from the point of view of journalists and there is no doubt that a serious public discussion in this area awaits us in the coming months.

Unfortunately, the topic of decriminalization of HIV today is far from the focus of media attention. The draft amendments to the Legislation in this area was submitted for discussion to state bodies by human rights defenders at the beginning of 2017, but either because of the catastrophic stigmatization of the topic, or because of the total disinterest of officials in solving the problem, it is still “under the cloth” .

About why article 130 part 1 of the Criminal Code of Ukraine is so bad, how much the idea of ​​HIV transmission has changed over the past 30 years, and what do we need to do to remove the label “Potential Criminal” from tens of thousands of Ukrainians, we are talking with the chairman of the board of the Eurasian Women’s AIDS Network Svetlana Moroz.

Svetlana, I know that you have a lot of experience in protecting the rights of people living with HIV and you often represent Ukraine at international conferences on this topic. Is it true that the criminalization of HIV is a common place in the Criminal Codes of countries with different ideologies?

According to the HIV Justice Network and the Global Commission on HIV and Legislation, as of July 2018, 68 countries criminalize not reporting an HIV diagnosis, putting people at risk of transmission and transmitting HIV, and HIV-positive status can be considered aggravating and punishment of circumstance.

There is also information about prosecutions for HIV-positive status in 69 countries. The leaders in the number of criminal cases related to HIV are Belarus, Canada, Russia and the USA. Yes, in that order.

But, on the other hand, for the period 2012-2018. In several countries, such as Venezuela, Ghana, Greece, Honduras, Zimbabwe, Kenya, Malawi, Mongolia, Tajikistan, Switzerland, and two US states, laws criminalizing HIV transmission have been repealed. And this is also a fact.

What damage does HIV criminalization do in real life?

The criminalization of HIV is the application of existing criminal or other laws to people living with HIV (PLHIV) who establish responsibility for putting them at risk of infection and becoming infected with HIV.

Excessive use of laws that criminalize PLHIV is a public health problem, as it discredits evidence-based strategies for HIV prevention, treatment, care and support for PLHIV, and ignores scientific advances related to the risk of HIV transmission. Criminalization reinforces the stigma associated with HIV status and identifies HIV-positive people as potential criminals, which in turn further increases discrimination.

Thus, the fear of prosecution can deter many people living with HIV, in particular women and members of key groups (people who use drugs, sex workers, migrants, men who have sex with men and people from sex) from receiving the necessary treatment and support, prevents information disclosure and increases the vulnerability of people living with HIV to violence.

Much less commonly discussed is how these laws affect healthcare providers. When a criminal trial was conducted in the United States over an HIV-positive patient, his doctor was called as a witness. She told how she was in a situation where she was forced to violate professional ethics, confidentiality and trust of her patient. When the prosecutor congratulated her on the fact that she helped to put the “scum” behind bars, the doctor felt devastated, because she could not help her patient and even harmed him by violating the main oath – “do no harm”.

In Russia, it is enough for an HIV-positive person to bite or scratch a policeman to get a few months on top of the main sentence. In Belarus, people living with HIV, living in families with children for a long time, receive real terms, depending on who was first registered with the doctor.

How has the perception of HIV transmission changed over the past 30 years?

Science took a big step forward. We live in an era of highly active antiretroviral therapy (ART), which has made HIV infection a chronic disease. Three critical studies have shown that the risk of transmitting the virus to HIV-positive people with sufficiently suppressed ART viral load is zero.

At the same time, taking an HIV-negative person with pre-exposure prophylaxis (PCP) as prescribed by a doctor almost always protects against HIV infection. These facts helped lawyers defend themselves against criminal prosecution on charges of transmitting HIV and putting it at risk of being brought forward from misconceptions about HIV as a “deadly weapon”.

What is the main illusion of the criminalization of HIV?

Criminal prosecution of PLHIV places the responsibility for HIV solely on them, thus creating an atmosphere of false peace for the rest of society for their health. People think their partners will warn that they have HIV under pain of criminal liability. In reality, this rarely happens, because the very dynamics of intimate contact, especially random contacts, exclude such information. As a result, people do not practice safe sex because they believe that if the partner does not report having HIV, then he is healthy and you can’t protect yourself. In many cases, the additional burden of possible criminal responsibility for concealing HIV-positive status only exacerbates the problems, making it difficult to talk openly about HIV in building relationships, in the work community and in the family.

Criminalization creates an atmosphere of false state effectiveness: it is being eliminated from the implementation of effective HIV information and prevention programs.

When my organization began working in prisons in the Donetsk region in 2005, I listened with horror and indignation to the stories of social workers about how HIV + men who did not infect their wives and to whom their spouses had no complaints were serving their sentences. My colleague from Kharkov received a suspended sentence only because she was pregnant (a mitigating factor), otherwise, she would have been in prison for not informing the nurse about her HIV status.

What is the main goal of your advocacy campaign for decriminalizing HIV?

The maximum program is to remove HIV infection from criminal law and use general legislation, for example, causing harm to health where the intent of HIV infection has been proven. Otherwise, it is a stigma built into the laws.

We will also consider as a big advance the cancellation of Part 1 of Article 130 of the Civil Code of Ukraine (Intentionally putting another person in danger of contracting the human immunodeficiency virus or other incurable infectious disease that is dangerous to human life – is punishable by arrest for up to three months or restriction of liberty for up to five years , or imprisonment for up to three years), which human rights activists and activists have been talking about for many years, but the proposed laws were lost in bureaucratic corridors back in 2016. Our country has a very progressive AIDS Law, but the Criminal Code contradicts it.

And, of course, the minimum program – in our country, where laws are still in place that criminalize the transmission of HIV, the courts must, in accordance with the standards of the criminal process, require evidence of intent to transmit HIV. It is impossible to presume or justify the existence of intent by circumstances such as knowledge and / or non-reporting by the accused of their HIV-positive status, participation in unprotected sex, having a baby without taking measures to prevent mother-to-child transmission of HIV, or sharing injecting drug use equipment .

It should be noted that people living with HIV suffer from multiple criminalization, since many of them belong to marginalized groups – people who use drugs and have sex work. They are being persecuted for possession of drugs for personal use and for engaging in sex work. This, of course, is a separate big problem, worthy of increased attention of human rights defenders of Ukraine.