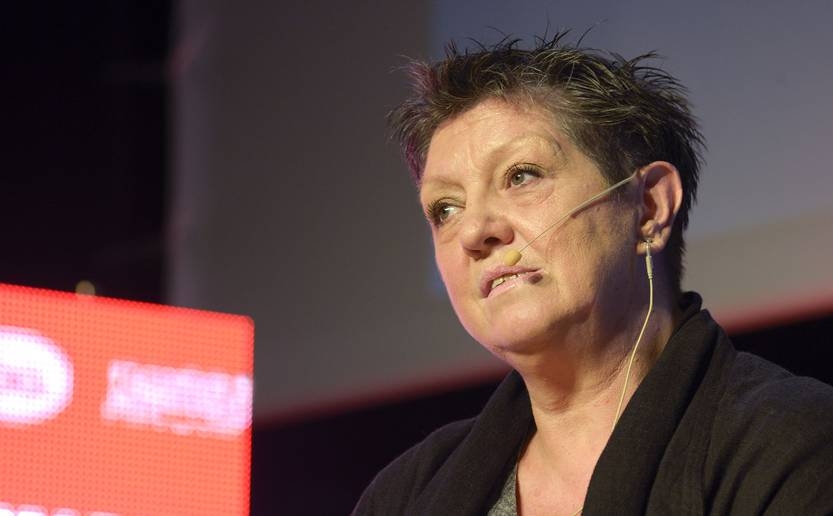 Google translation, for original article in Spanish please scroll down.

A delegation of Women and Health in Uruguay (MYSU) participated in the Senate Constitution and Legislation Commission to express their opposition to the bill that penalizes those who violate health provisions in the face of the coronavirus, presented in March by two deputies of the National Party . The feminist organization, whose mission is the promotion and defense of sexual and reproductive rights, has a field of practice specifically associated with identifying advances, obstacles and gaps in laws and public policies.

The delegation that appeared in Parliament was made up of Lilián Abracinskas, director of MYSU, Santiago Puyol, head of the Organization’s Sexual and Reproductive Health Policy Observatory, and Bárbara Strauss, head of communication, who presented their position against the amendment of article 224 of the Penal Code. The new wording proposes that “whoever, through violation of sanitary provisions issued and published by the competent authority in order to avoid the introduction into the country or the spread of an epidemic or contagious disease of any nature, puts human or animal health in actual danger, will be punished with three to twenty-four months in prison.The application of the maximum of the aforementioned penalty will be especially justified when the fact is a health emergency declared by the competent authorities ”.

Abracinskas said that although this project has the approval of the Chamber of Deputies, the proposal “did not have a treatment in which organized citizenship could be issued.”

Part of her argumentation was based on the Universal Declaration of Bioethics and Human Rights (UNESCO 2005), which provides a universal framework of principles and procedures that serve as a guide for states in the formulation of legislation, policies and other instruments in the field of bioethics. She particularly pointed out Article 27, which warns that “if limitations must be imposed with laws relating to public security and the rights and freedoms of others must be safeguarded, said law must be compatible with international human rights law.” She added that Uruguayan legislation includes these principles in Law 18,335 on the rights and obligations of patients and users.

For Abracinskas, the current wording of article 224 is already a regulatory framework that allows health authorities to act in the face of the pandemic. “The proposal to modify article 224, which aims to prevent the violation of sanitary provisions in order to prevent the introduction or spread in the country of epidemic or contagious diseases, in its modification of 2001 stipulates the crime of harm, in order to make it applicable. Insisting on modifying the crime of harm, again, for that of danger, generates uncertainties and a feeling of vulnerability, ”he said.

“What would be the legal asset that seeks to protect itself with this modification proposal?” She asked. And she added: “It would not seem to be the health of the person or the guarantees of their rights the center of concern, since people could be accused of committing a crime in the face of sanitary provisions that could become arbitrary or based on other interests that are not there to preserve the health of the population. Or, even from good intentions, to charge crimes without knowing exactly what the affected legal interest is ”.

For MYSU, the situation of the pandemic “has plunged us into profound perplexity”, but “our country is going through the situation without having the adverse impacts of neighbouring countries or other regions.” Although they welcomed the treatment of the pandemic by the authorities, they explained that they appeared before the Commission to “draw attention” since, “in the face of a temporary situation, modifying the Penal Code to apply a prison sentence for non-compliance with measures related to health care exceeds the context and exposes us to a multiplicity of situations that can violate human rights ”.

According to Puyol, “Uruguay has undergone a transition in recent decades towards a health model focused on promotion and prevention, with people as the focus.” For this reason, they consider “contradictory to run the axis of people’s health to pass to a sentence in case of not obeying health decrees”. “The State must guarantee the conditions for the prevention of contagions instead of criminalizing its citizens if they do not comply with the measures,” he said.

For Puyol, this measure could have an impact on different areas of public health. He gave as an example the treatment of gender violence. “What consequences would the implementation of this reformed article have in the face of the declaration of national emergency for gender-based violence that was carried out in December of last year? Has it been considered how this modification would be articulated with the non-compliance with the precautionary measures that protect the victims?

He also questioned the scope of this measure on other issues, such as sexually transmitted infections: “What happens in situations that happen in privacy, such as refusing to use preventive methods, which can generate sexually transmitted infections, including HIV ? Will people be penalized for not using a barrier method to prevent the transmission of a virus that is a global pandemic?

According to data from the observatory that Puyol directs, 33% of men (one in three) are willing not to use a condom in a sexual relationship with someone who does not want to use it. However, 63% never had an HIV test. “What would be done in these cases?” He asked.

The other example he gave was associated with the prevention of dengue: “Will people who have containers with stagnant water in their houses go to jail?”

He also pointed out that the government contradicts itself, since the explanation given by Luis Lacalle Pou, President of the Republic, for not declaring the mandatory quarantine in the face of the pandemic was “not to force what is not going to be fulfilled” and “not to become a Police state ”. “We are struck by the fact that, given the orientation of government policy, in whose measures none makes reference to criminal sanction, the Legislature and its own political force go in the opposite direction,” he explained.

For Strauss, “Uruguay has been an example for the countries of the region both in the way in which the spread of the virus has been contained and in its approach, based on what President Lacalle Pou has called” responsible freedom.

He pointed out that “the model that seems to demonstrate its efficiency and effectiveness has been able to combine respect for individual freedoms with care measures that made it possible to control the circulation of the virus and reduce the impacts of the pandemic.” He stressed that, “as an Argentine resident in Uruguay,” the neighboring country looks closely at the steps followed on this side of the river.

“The reason why legislators who make up the government coalition decide to opt for the modification of the Penal Code with a punitive approach is not understood then. The Executive Power has promoted, in public interviews given to international media, an approach that prioritizes freedom and appeals to citizen responsibility. Decisions that go in the opposite direction to this bill and, particularly, the grounds contained in its explanatory memorandum ”, he expressed.

In this sense, “and without ignoring the legitimacy and autonomy of the Legislative Power in its initiatives,” he said that “it is striking that the same coalition emits contradictory messages.” “We are concerned as an organization that this generates confusion among citizens and undesirable collateral effects,” he added.

He expressed concern that “the amendment of the Penal Code is used, imprisoning those who do not comply with the measures due to the health emergency” and also that “the arguments are not supported by scientific evidence.” “This has been the pillar of the government’s action based on the recommendations of the Honorary Scientific Committee, which has intervened to ensure the prevention of the circulation of the virus,” he said.

For the closing, Abracinskas returned to take the floor and resumed her concern about “these contradictory positions.”

She also emphasized “two substantive issues.” On the one hand, she stressed that modifying the Penal Code is “a long-term solution to a circumstantial problem by definition. “This type of legislative changes with lasting effect cannot be subject to the contingencies of a health emergency with particular characteristics,” she explained.

On the other hand, she questioned: “If it is not guaranteed that the population has sufficient and quality information to comply with the measures imposed on it for the prevention of any epidemic or any health emergency, how will it be ensured that the rights of the citizens are not violated by these decisions? How to ensure that different authorities can issue relevant sanitary measures? Will broad impact dissemination campaigns be carried out to ensure that the measures to be complied with are effectively known? Will this punitive amendment be widely publicized if approved? Who would make it public?

According to the director of MYSU, “it is necessary that the institutions of the State, both the Executive Power and the Parliament, issue clear signals and messages to the population, based on arguments and evidence that reassure and provide security.” She said that, “otherwise, it is fertile ground for worrying reactions to emerge.” In this sense, “we must avoid the proliferation of conspiracy theories and the circulation of false news that, taking advantage of the general confusion, achieve a destabilization of our democratic society.”

She conveyed the concern of the organization she represents, since they verified “the presence in the region of groups that support this type of theories and communicational forms that contribute to the general confusion”. “Given the risk that this presupposes, it is necessary to have clear minds, security in decision-makers, confidence in the measures, personal freedom and the promotion of an awareness of collective well-being. We do not need confusion, irrationality, perplexity or fear, but guaranteeing messages and joining efforts to reassure the population and allow the critical capacity to identify differences ”, he expressed.

That no final sanction be given

MYSU does not have an alternative text to contribute to the change to Article 224. Their suggestion is that the Senate not give it the final sanction it needs to be law. “What we recommend is that, in the event of an exacerbation of the pandemic, a permanent link be maintained with the Executive to provide the regulations that can be resolved by other means, other than the modification of the Penal Code.” For the organization, actions that “give security to the entire population, promoting awareness and not incarceration” should be promoted.