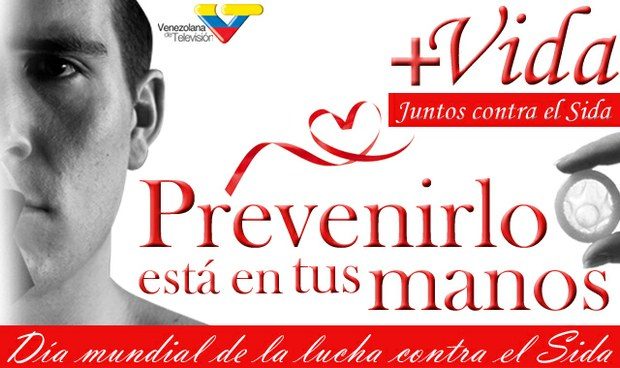 On August 14th, the National Assembly (NA) of Venezuela passed a set of laws that, among other functions, ensure the rights of people carrying the Human Immunodeficiency Virus (HIV) and their families. The Law on Protection of People with HIV will aim to prevent discrimination and provide health care to AIDS patients as well as those who are HIV positive. “This law is born of the living history of these patients and family, who suffers discrimination he faced, he had no right to health, education, work, sport, recreation, housing, vehicle, and this law lay that story they told us the family and patients, “ said Vice President of the Permanent Commission for Integrated Social Development, Henry Ventura. (from http://lainfo.es/en/2014/08/14/venezuela-will-protect-people-with-hiv/)

The bill guarantees HIV-positive people equal conditions in terms of the right to work and hold public office, to education, healthcare, culture and sports, the benefits of social programmes, bank loans, confidentiality about their health status and respect for their prívate lives. It also states that having AIDS cannot be grounds for the suspension of paternity rights, while establishing that families are responsable for caring for and protecting people living with HIV.

The law guarantees equality for young people, because 40 percent of new cases are in the 15-24 age group. It also does so in the case of women, for whom it orders that special care be provided during pregnancy, birth and the postpartum period, as well as for people with disabilities and prisoners. The bill establishes penalties, disciplinary measures and fines for those found guilty of discrimination.

The idea is to prevent a repeat of situations such as one faced by a schoolteacher in a city in western Venezuela, who remains anonymous at her request. She was fired after a campaign against her was mounted by parents who discovered that she had gone to the AIDS unit in a hospital to undergo exams. However, the miliary and the police are exempt from the protective provisions against discrimination.

“We do not agree with that exception,” Estevan Colina, an activist with the Venezuelan Network of Positive People, told IPS. “No one should be excluded and we hope for progress on that point when parliament’s Social Development Commission studies it and it goes to the plenary for the second debate,” which will be article by article.

Nieves is confident that the second reading will overturn the military-police exception. But more important, said the head of ACCSI, “is the positive aspect of the law, starting with the unanimous acceptance of a human rights issue by political groups that are so much at loggerheads in Venezuela’s polarised society.”

The law, which NGOs and activists expect to pass this year, will give a boost to anti-AIDS campaigns. The support will be similar in importance to that given by a July 1998 Supreme Court ruling that ordered public health institutions to provide free antiretrovial treatment to all people living with HIV.