Regular readers may be familiar with the case of Nick Rhoades from Iowa, who was arrested, prosecuted and sentenced to 25 years in prison because he didn’t disclose he was HIV-positive during a one-night stand with another man, despite using condoms and having an undetectable viral load.  Following intervention from human rights groups and HIV advocates, Nick’s 25 year sentence was eventually suspended, but he remains on parole and on the sex offenders list. 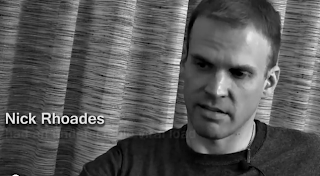 Nick is one of three courageous individuals who appear in the trailer for POZ Magazine founder, Sean Strub’s, ongoing documentary project ‘HIV is not a crime‘. Sean’s film will shed light on laws and prosecutions which treat people living with HIV as second-class citizens (Sean’s term is “viral underclass”) and which are informed by stigma, not science. 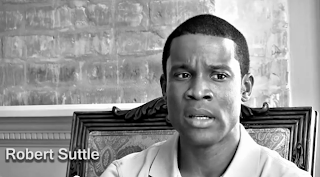 Sean and I share a common understanding that, especially in the United States, but not exclusively so, HIV criminalisation is having a serious negative impact on both human rights and public health. The high number of cases in the United States is primarily because many states are still enforcing outdated HIV-specific laws many of which were drafted earlier in the AIDS epidemic when HIV-related life expectancy was poor.  Reflecting moral panic and poor understanding of HIV transmission risks, their impact is still very much felt today, as Sean’s film will show. 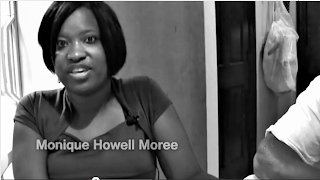 Sean’s documentary project could not have come at a more crucial moment, as efforts are underway on a federal level in the United States (and also on a state level including in Iowa) to modernise (or, ideally, totally repeal) these draconian laws. By focusing on the impact these laws have had on people who are often erroneously characterised by such laws – and the media – as vectors of the HIV epidemic, and even sometimes as “monsters”, and showing their vulnerability and humanity, Sean’s film should help explain in very personal and human terms why these laws are wrong and why they should be repealed.

Sean is looking for funding to complete the documentary (funders, please note!) and he also tells me in an email

I’m looking for additional people to interview, including those who have been prosecuted or are facing prosecution, as well as accusers, people who filed charges or considered filed charges and others.  To date I have only interviewed Americans, but I am looking for people with criminalization experiences in other countries as well.

Next week, Sean and I (along with Nick and fellow documentary interviewee, Robert Suttle) will be attending the UNAIDS Programme Coordinating Board’s thematic on HIV and enabling legal environments in Geneva and then will be briefly in London on Friday 16th.  If you have a story to tell and will be in Geneva or London next week (or indeed if you are living anywhere else in the world, bearing in mind that Sean is based in the United States) please contact Sean or leave a comment below (I moderate all comments before they are published and so this is simply a way to get in touch with me – I will forward messages to Sean). 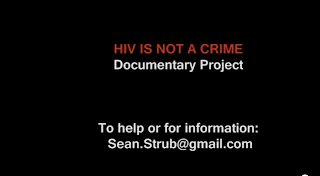