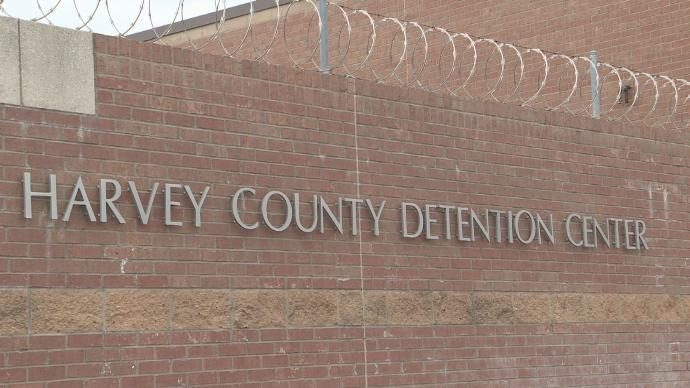 Harvey County man arrested for exposing others to life-threatening disease

HARVEY COUNTY, Kan. (KWCH) A Harvey County man is in jail after police say he exposed two people to a life-threatening communicable disease.

MX now faces charges for both exposing two people to the disease and attempted aggravated battery.

Newton Police Chief Eric Murphy said he can’t give too many details of the case now that it’s with Harvey County Attorney David Yoder. But he did say one of the victims reported the case to police.

“X was arrested for being involved in sexual relations with individual without disclosing that he had a communicable disease, which is in violation of Kansas law,” Murphy said. “If you have a communicable disease that could be life threatening, you’re required to notify that partner before you’re involved in some sort of sexual relation with them.”

Police said they couldn’t divulge much more about the case other than to say it’s not common and the case isn’t closed.

“It is still an open investigation,” Murphy said. “We do have a couple cases that have been presented to the county attorney’s office but we are still investigating any potential cases and if there’s a victim we’d like for them to come forward.”

Yoder said he could only confirm the people who reported to be victims in the case said X didn’t disclose he had HIV.

He also said the reason for the attempted aggravated battery charge is because the facts of the case led his team to believe there was something “deliberate” about the crimes. Yoder said he couldn’t explain further as X hasn’t had a first appearance yet.

One of X’s accusers who didn’t want to be identified gave FactFinder 12 a statement to encourage others to get tested.

She wrote, “I want anyone who has been with him since at least 2015 to get tested. Even if they don’t press charges, just go get tested. Make sure you are okay.”

Murphy echoed the same push saying, “If nothing else, get tested so you know whether or not you’ve been exposed.”

FactFinder 12 spoke with Donna Sweet who is a doctor with KU School of Medicine and also the director of the HIV services program. She said while anyone who believes they could be affected by this case should get tested, that’s not the only group who should.

Sweet said anyone who is sexually active needs to be tested for HIV as well as other sexually transmitted diseases. She said the CDC has had the HIV testing recommendation in place since 2006. She also recommends anyone who gets tested to get a 4th Generation HIV Test since it catches the virus sooner.