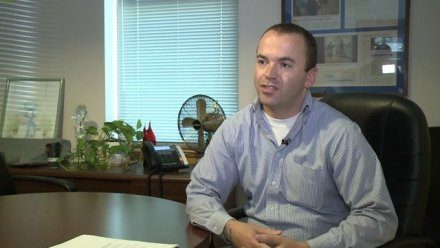 ST. LOUIS COUNTY, MO (KTVI) – A prostitute remains behind bars in St. Louis County, charged with exposing her clients to HIV. Information on whether 25 year-old X is being treated for HIV wasn’t readily available from the St.Louis County Prosecutor’s Office.

“Anytime we see a person arrested under these laws, my mind goes to, is the new science being considered, is she undetectable, is Bob McCulloch’s office going to consider this information when he chooses to prosecute her?” wonders Aaron Laxton.  He is a social worker who helps prisoners re-enter society. He was diagnosed with HIV in 2011, and since then, has also become an advocate for modernizing criminal laws related to HIV.

Laxton says a suspect’s treatment status shouldn’t be a minor detail in the court of law, because it’s often the difference between transmitting HIV, or not.  He cites a study with 34,000 sexual interactions, involving an HIV-positive partner: “Out of those 34,000 sexual interactions, zero of them transmitted the virus. So this really affirms that our medication works. HIV treatment does work, and it has to be considered in these criminalization cases.”

Laxton says many HIV and AIDS laws were created in the 1980s, when knowledge about the virus was limited. He explains, “We now know that it’s not transmitted by saliva; however, Missouri law says if you spit at someone, and are living with HIV, then that’s a felony.”

The Department of Justice agrees. This summer, the department released a guide to reforming HIV-specific criminal laws.  The DOJ’s release states, “Many of these state laws criminalize behaviors that the CDC regards as posing either no risk or negligible risk for HIV transmission even in the absence of risk reduction measures.”