Azerbaijan enacted an HIV-specific law criminalising both HIV exposure and transmission in 1999. The law is unclear regarding which specific acts come under its remit, and whether disclosure leading to informed consent could be a defence. Sentences range from two years’ to eight years’ imprisonment depending on the circumstances.

The first known prosecution took place in 2001 and there have been at least four others since then. The most recently reported, in 2008, involved an 18-year-old female sex worker. UNICEF publicly expressed concern about the young woman being treated as a perpetrator, rather than as a person who had been sexually exploited.

Infection with HIV of a person

Our thanks to the Eurasian Women's Network on AIDS for their research assistance in confirming the current relevant legislation.

END_OF_DOCUMENT_TOKEN_TO_BE_REPLACED 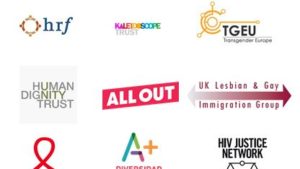