Egypt does not have any HIV-specific laws and there appears to be no general bodily harm laws which could criminalise HIV non-disclosure, exposure or transmission. However, Egypt does maintain a law prohibiting “debauchery” which is often used to criminalise same-sex sexual activity, and there is some evidence of this provision being used against people living with HIV.

In 2008, Human Rights Watch began reporting on a wave of arrests in an apparent ‘crackdown’ on people living with HIV. The events began in October 2007 when police intercepted two men having a public altercation in Cairo. After one told police that he was HIV-positive, the officers took both men to the Morality Police office and opened an investigation for “homosexual conduct”. There they were beaten for refusing to sign forged statements, handcuffed to a desk for four days, and subjected to forced anal examinations in an attempt to “prove” their homosexuality. Police subsequently arrested two more men whose photos and phone numbers were found on the detainees. All four were subjected to HIV tests without their consent.

Meanwhile, police detained four other men in the apartment formerly occupied by one of the earlier detainees. The men were charged with “homosexual conduct” despite the police report acknowledging that they were not engaging in any illegal activities at the time of arrest. The men were subjected to similar treatment as the first detainees and were also forced to take HIV tests without consent. In January 2008, these men were sentenced to one years’ imprisonment under Article 9(c) of Law 10/1961 on the Combating of Prostitution which prohibits the “habitual practice of debauchery”, a term used to criminalise alleged same-sex sexual activity in Egypt.

Then in February 2008, BBC News reported that another four men had been arrested and subjected to forced HIV tests. Two of the men tested positive for HIV and were allegedly chained to their hospital beds.

By June 2008, at least nine men had been convicted and sent to prison due to testing positive for HIV, which was seemingly taken as proof of illegal activity. Several other men were released without charge after months in detention when they tested negative for HIV, showing that even those perceived to be living with HIV can be criminalised in Egypt.

As well as these examples of the criminal law being used against those living with HIV, in February 2020 the first civil case resulting in compensation for HIV transmission was decided. A man was ordered to pay one million Egyptian Pounds (approximately €54,000) to his wife who contracted HIV from him, as well as child support for his child who also became HIV-positive. The man had allegedly been living with HIV for four months before marrying his wife and was aware of his status. 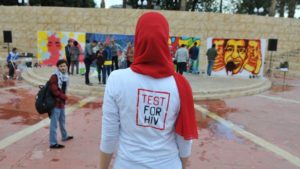 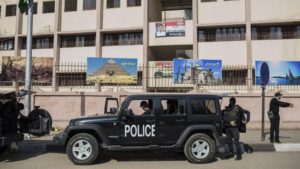 Egypt: Moral panic in Giza police jail when gay man arrested under 'moral debauchery' law is discovered to be living with HIV