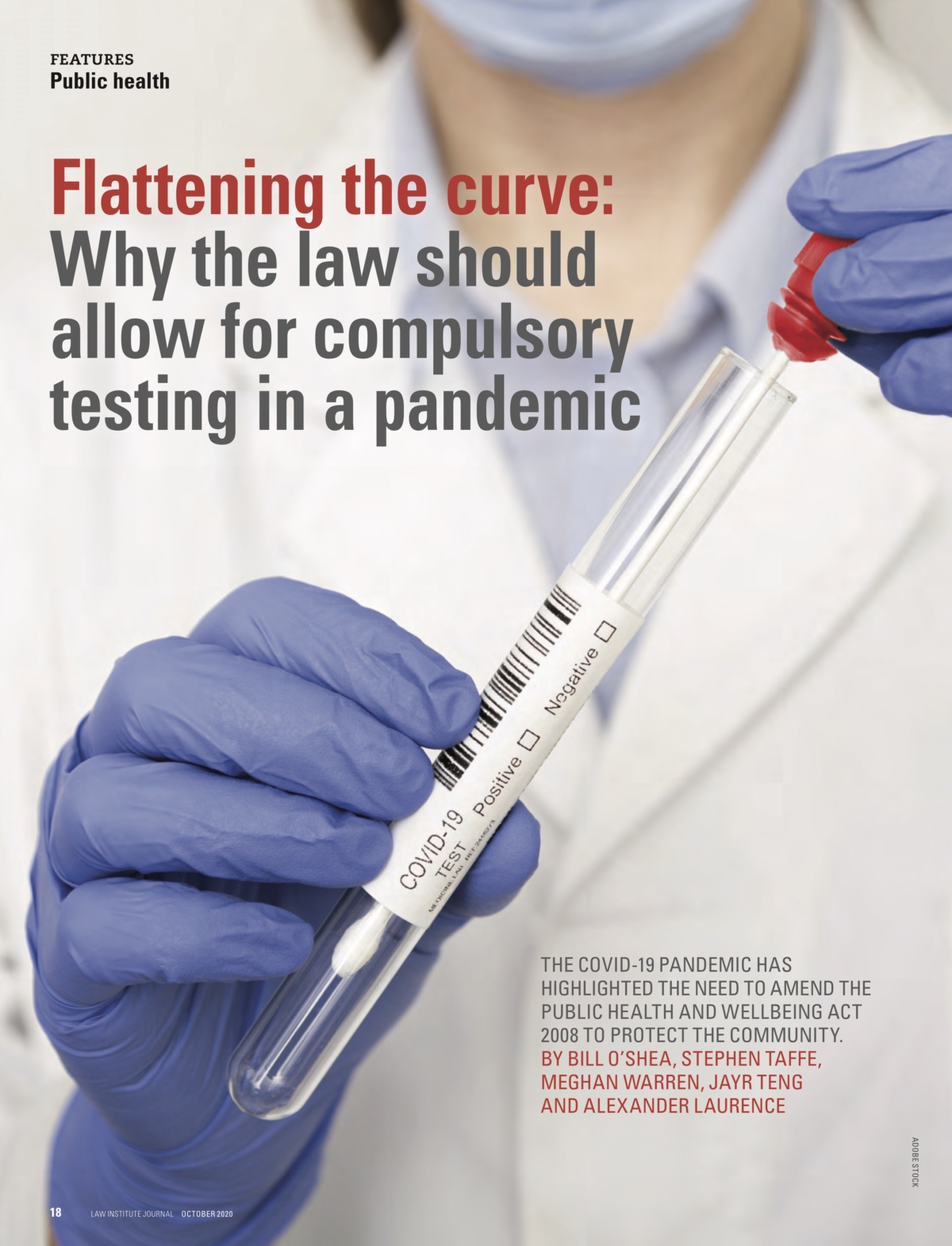 With the COVID-19 pandemic persisting for much longer than expected, particularly in Victoria where rolling lockdowns have affected us all, it’s understandable that there might be calls for legislative reform. But I was saddened to read a call for implementation of widespread coercive testing under the Public Health and Wellbeing Act 2008 (PHW Act) (“Flattening the curve – Why the law should allow for compulsory testing in a pandemic”, LIJ October 2020).

Threats to public health do sometimes require drastic measures, but where human rights are impacted, the legal profession should be the first to question whether such measures are proportional and justified. Existing provisions within the PHW Act allow for testing orders in strictly limited circumstances – as is appropriate given the extreme intrusion into human rights
that those orders can represent. The history of the response to HIV in Australia has frequently seen calls for curtailment of individual rights in the pursuit of the public good, and the current PHW Act was developed in part through consultation with the HIV-affected community. Notwithstanding that, there are powers to detain and test people in the Act and, while rarely used, they can be highly coercive.

The case of Lam Kuoth is an example. Accused of placing a woman at risk of HIV, Mr Kuoth, a young Sudanese man, was placed in public health detention for almost 16 months before his trial. On appeal, the Court of Appeal accepted that that period “amount[ed] to a term of imprisonment”1 in a matter where, ultimately, only a community- based order was imposed.

There is a well-developed international discourse about the most effective ways to protect the health of communities while also safeguarding rights. The Ottawa Charter for Health Promotion is globally recognised as a foundational document.2 The Charter sets out a framework of developing healthy public policy, creating supportive environments, and empowering and educating individuals, as the foundation to effective public health responses.

Victorians have been tested in huge numbers (more than 2.8 million tests). Our second wave wasn’t due to low testing, but emerged from outbreaks in workplaces – aged-care homes, abattoirs, and quarantine hotels – where low-paid workers, often with limited education and training, have been on the frontline of the pandemic. Better safeguards for their health and employment would have limited or prevented those outbreaks without the need for forced testing. Coercive responses like forced testing and detention should only ever be a last resort, if they are used at all.