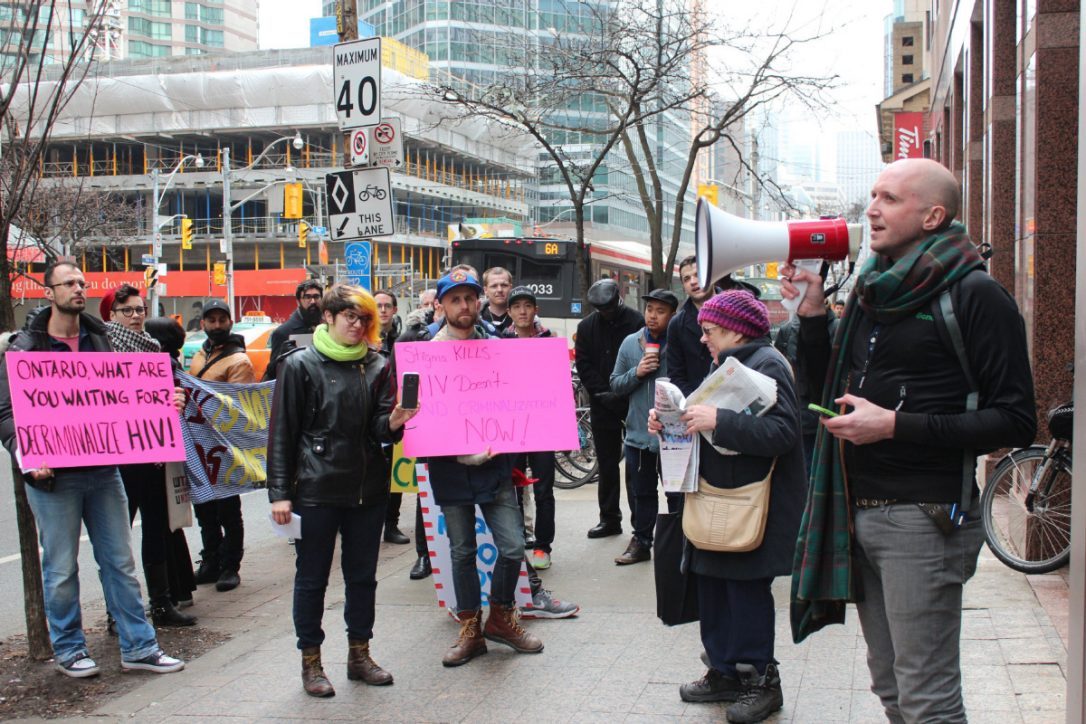 Advocacy groups are hoping the law criminalizing HIV non-disclosure in Canada will change after a meeting between Ottawa and the provinces in the spring.

Under Canadian law, people with HIV are required to disclose their health status to their partner before engaging in sexual activity. Those who don’t can be charged with aggravated sexual assault, whether or not HIV is actually transmitted, and face a maximum sentence of life in prison as well as permanent status as a registered sex offender.

Criminalizing non-disclosure only compounds the marginalization and fear in the lives of people living with HIV, advocacy groups say.

“This is a really important issue. The federal government has made a commitment to review the way our justice system handles HIV-related cases. And that’s something that we fully support and welcome,” Emilie Smith, a spokesperson with the Ministry of the Attorney General, told the Star in an email.

“Ontario is currently working with the federal government on this review — so that work has already started.”

The Supreme Court of Canada has ruled that a person with HIV can only keep their condition from a partner if they have a low viral load — the number of HIV virus particles in a millilitre of blood — and use a condom.

Advocates argue the law does not take into account science that says that as long as a person has an undetectable viral load, risk of transmission is practically zero, even if the person did not use a condom.

The Canadian medical community has also weighed in. In 2014, more than 70 national AIDS doctors and HIV researchers released a statement expressing concern for the Supreme Court’s approach to nondisclosure as “a poor appreciation of the science related to HIV contribut(ing) to an overly broad use of the criminal law.”

Internationally, the United Nations Programme on HIV/AIDS (UNAIDS) and the Global Commission on HIV and the Law both urged governments to limit the use of criminal law to cases of intentional transmission of the virus.

For advocates calling on lawmakers to catch up with science and reconsider its laws on HIV criminalization, the meeting between the federal government and the provinces cannot come soon enough.

In a 2013 report on the criminalization of non-disclosure and recommendations for police, the HIV & AIDS Legal Clinic Ontario underlined the “significant scientific consensus on certain key issues” as it relates to the virus.

“For over a decade, HIV has been medically understood as a chronic, manageable infection,” it reads, noting a low or undetectable viral load — usually the result of effective antiretroviral drug treatment — reduces the risks of HIV transmission through sex “to a point where the risk of transmission is negligible.”

The prosecutions are unfortunately having an impact on the most vulnerable people living with HIV, said Ryan Peck, the legal clinic’s executive director.

“There’s also the issue that the current approach to criminal law is impacting people’s decisions to test for HIV in the first place — the current use providing a disincentive to get tested.

“There is a deep fear that what people say to their health-care providers and public health authorities will end up in a court case against them.”

Last month, a protest was held outside the ministry’s office to protest the “overly broad and unjust” charges relative to HIV disclosure.

Ontario leads in the number of people charged with HIV status non-disclosure and 180 people have been charged across the country, Jonathan Valelly of Queers Crash the Beat said at the protest.

The protesters were calling for a moratorium on all HIV non-disclosure cases currently before the courts.

“This issue is just not that cut-and-dry. These cases are highly complex, and no two cases are exactly alike,” said Smith, the attorney-general spokesperson.

“What needs to happen and what is happening, is a conversation that looks at the law, how it is being applied as well as our understanding of HIV. We agree that a review is needed and the federal government has committed to look at the current law critically to see if there are changes to the Criminal Code that need to be made.”