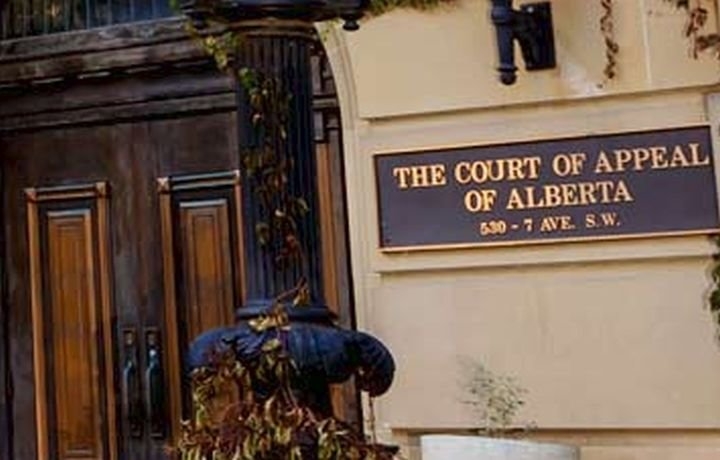 An HIV-AIDS legal advocate says Alberta’s top court has turned a deaf ear to the concerns of Canada’s HIV-AIDs community by upholding the automatic, lifetime listing of convicted sex offenders in a national registry, even if the assault conviction is based on a failure to disclose HIV or AIDS.

In a Sept. 3 split decision in R. v. Ndhlovu 2020 ABCA 307, the majority for the Alberta Court of Appeal overturned a 2016 ruling by now retired Alberta Court of Queen’s Bench Justice Andrea B. Moen, who found that Eugen Ndhlovu should not be subjected to mandatory registration and reporting for life under the Sex Offenders Information Registration Act (SOIRA), even though he had been convicted of two counts of sexual assault.

The Toronto-based Canadian HIV/AIDS Legal Network (CHALN) and the HIV and AIDS Legal Clinic Ontario (HALCO) applied for and were granted joint intervener status by the Alberta Court of Appeal. They argued that when sexual activity is consensual, an accused with HIV or AIDS with a suppressed viral load and no realistic possibility of transmitting HIV should not be prosecuted and that automatic listing of such offenders in the national sex offender registry is overbroad and grossly disproportionate under the Charter. CHALN and HALCO were the only interveners in the case.

However, the Court of Appeal declined to assess what it described as a “hypothetical” scenario involving a sexual offence stemming from non-disclosure of HIV.

“As this Court has previously found, assessing hypotheticals afresh on appeal is not ideal,” Justice Frederica Schutz wrote for the majority, including Justice Frans Slatter. “More specifically, in this matter the issues raised by the Intervenors including inter alia, assessing the risk of HIV transmission posed by an offender’s viral load, are outside the bounds of the facts and evidence presented in this case, particularly if the offender was to stop taking his medication.”

Richard Elliott, executive director of the Canadian HIV-AIDS Legal Network said more than 200 people a year in Canada plead guilty to, or are convicted of, sex-related charges due to HIV non-disclosure. Most typically, he said, the charge is aggravated sexual assault.

“There’s an ongoing problem here with what we characterize and many increasingly recognize as the overly broad use of the criminal law in this domain, and it has these very serious, harsh consequences,” he told The Lawyer’s Daily. “In addition to the ordinary sentencing provisions about years of imprisonment — including potential maximum life imprisonment for an aggravated sexual assault charge — there’s also this added punitive feature of mandatory lifetime designation as a sex offender.”

The Court of Appeal’s choice to ignore the issue was, at the very least, a surprise, said Elliott.

“The court itself granted us intervener status, presumably on the basis that they felt that the argument we proposed to advance had some relevance to the issue,” he said. “So having done that, it’s a bit strange to then not address the issue that you authorized the interveners to bring forward. So I’m not really sure what the point was.”

SOIRA was amended by the Conservative government of former prime minister Stephen Harper in 2011 to remove judicial discretion and require mandatory lifetime registration for anyone convicted of more than one sexual offence. The registry is only accessible by law enforcement officials. Those registered under SOIRA are also required to report to law enforcement authorities once a year for life. Both Justice Schutz and Justice Slatter are Harper appointees.

At his 2015 trial, Ndhlovu, then 19, was found guilty of sexually assaulting two women at a 2011 house party. Justice Moen later sentenced him to six months in jail followed by three years of probation. But she found the provisions in the Criminal Code related to SOIRA violated s. 7 of the Charter because she concluded they are overbroad and grossly disproportionate.

In a 2018 challenge by the Crown, Justice Moen found that those provisions could not be saved by the Charter’s s. 1 reasonable limits clause. The Alberta Court of Appeal majority disagreed.

“I conclude the sentencing judge erred in finding that the respondent had established a deprivation of his right under s. 7 to life, liberty or security of the person that was not in accordance with the principles of fundamental justice,” wrote Justice Schutz. “In the result,” she added, “ss 490.012 and 490.0 13(2.1) of the Criminal Code are constitutionally valid.

“The registration and reporting requirements under SOIRA are not so onerous as to be divorced from the purpose of the legislation,” the majority found.

In a dissenting opinion, Justice Ritu Khullar, appointed by Prime Minister Justin Trudeau in 2018, found that sections 490.012 and 490.013(2.1) of the Criminal Code violate an individual’s s. 7 liberty rights and are overbroad because they apply to sex offenders who are a very low risk to reoffend, like Ndhlovu.

“The Crown failed to show that s 490.013(2.1), which requires lifetime registration for offenders who have committed more than one designated offence, minimally impairs the liberty interest of very low risk offenders,” wrote Justice Khullar. “It also failed to establish that s 490.0 12 requiring mandatory registration, or s 490.013(2.1), contributed to any extent to preventing or investigating sexual crimes, so both provisions are disproportionate under the final stage of the Oakes test.”

The Oakes test is an analysis of the Charter’s limitations clause created by the Supreme Court of Canada in its decision in R. v. Oakes [1986] 1 S.C.R. 103.

The split Alberta Court of Appeal decision now opens the way potentially for the issue of mandatory, lifetime registration under SOIRA to go before the Supreme Court of Canada. Lawyer Elvis Iginla of Edmonton-based Iginla & Co., who served as counsel for Ndhlovu, did not respond to a request for an interview.

Professor Lisa Silver with the University of Calgary Faculty of Law called the majority decision a “very old school way of looking at constitutional law.”

“The majority does talk about in their reasons the importance of deference to Parliament,” she told The Lawyer’s Daily. “And in paragraph 88, the majority goes on to say policymakers are entitled to make choices within a reasonable range of options. The courts are not Parliament’s micro-managers.

“Of course,” she added, “the flip side of it is that courts have a duty to be that judicial scrutiny, that oversight, when it comes to legislation to ensure that it is consistent with the Charter.”

Silver said there is an increased possibility that the Supreme Court of Canada would grant leave to appeal the Appeal Court decision because Justice Khullar’s strong dissent brings out a different perspective on s. 7 of the Charter by highlighting privacy interests.

“That to me is an issue of national importance,” she said, “and it’s also an issue that hasn’t been fully developed in the Supreme Court of Canada.”

The Supreme Court of Canada might also intervene because the majority may have made an error by accusing the sentencing judge of reformulating the objective of the SOIRA amendments, said Silver.

However, she noted, a decision is already pending from the Supreme Court in Attorney General of Ontario v. G., which relates to mandatory listing on the Ontario sex offenders’ registry (Christopher’s Law) for a person who was deemed not criminally responsible.

The Ontario Court of Appeal unanimously allowed G’s appeal and concluded that the provincial and federal sex offender registries infringed G’s s. 15 Charter rights (and those of individuals in his situation), and that such infringements cannot be saved under s. 1. The Court of Appeal declared Christopher’s Law and SOIRA to be of no force or effect in their application to individuals in G’s situation. The Attorney General of Ontario appealed to the Supreme Court of Canada and arguments have been heard.

“Even though it’s not the same kind of offender,” said Silver, “it doesn’t make a difference when it comes to the Charter argument. I wonder, though, if the Supreme Court of Canada, when they come to their decision in G., is going to make the kind of broad comments about these kinds of legislation and how the Charter applies to them.”

Elliott agreed that there is a good chance the Supreme Court will want to review the Alberta Court of Appeal decision upholding mandatory registration of sex offenders.

“This is a live issue, and it seems to me that it may well be the sort of issue that the Supreme Court is ultimately going to have to revisit,” he said. “If they chose to revisit it, whether it’s in granting leave to appeal from this decision or in a subsequent case that may come along, certainly our concern will still remain as long as HIV non-disclosure is being captured under the law of sexual assault and these consequences therefore attach to people.”