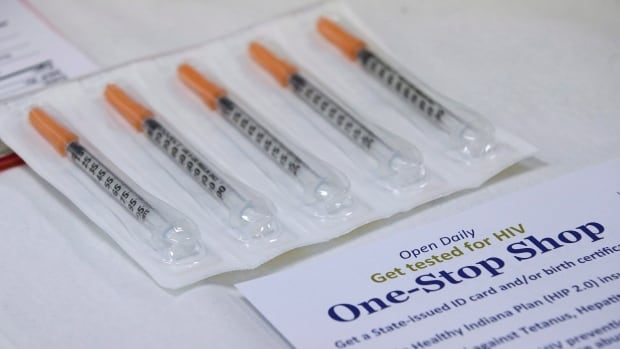 Canada’s HIV disclosure laws are dangerous for women, especially those in abusive relationships or who have been sexually assaulted, says a lawyer with the B.C. Civil Liberties Association.

Michael Vonn, the civil rights group’s policy director, says a lack of awareness of the law can lead people — mostly women, but not exclusively — to disclose their HIV positive status in situations where that information can be used against them.

“Women who are HIV positive, if they are in abusive relationships, are often essentially ‘disciplined’ with the threat of [revealing their status],” Vonn told Early Edition host Rick Cluff.

“If you don’t do what I say, or you try to leave me, I’m going to go to the police and I’m going to say you didn’t disclose,” she said. “It’s emotional blackmail.”

“[They are often] too afraid to go to the police to report that crime because of concerns it will somehow boomerang back on them,” she said.

This fear of criminal liability for failure to disclose is compounded, Vonn said, by the fact that Canada is one of the most aggressive prosecutors of HIV nondisclosure in the world on a per capita basis.

In 1998, a landmark Supreme Court of Canada decision made it a crime to not disclose a positive HIV diagnosis to a sexual partner. Someone with such a diagnosis can be charged with aggravated assault for failing to disclose it, even if the virus is not transmitted.

A 2012 ruling clarified that disclosure is not required if the “realistic possibility of transmission of HIV is negated” — specifically, if the HIV-carrying partner has a low viral load and a condom is used during sexual intercourse.

Vonn says that ruling can compel an HIV-positive partner to disclose even when an abusive partner could use that information against them.

It can also strengthen an abusive partner’s blackmail efforts by allowing them to lie and say one of those conditions was not being met.

“Treatment options [can] make you virtually unable to infect somebody, because your virus will be so successfully suppressed,” Vonn said. “Who exactly tells you that that good news story medically is not the good news story legally?”

Change not likely in short term

Vonn said she does not have any particular hope that the law will change any time soon, especially since the relevant Supreme Court rulings are so recent. In lieu of legal change, Vonn emphasizes education and prosecutorial discretion.

“[We want the Crown to] really think about the public interest in terms of making such prosecutions,” she said.

As for the education component, Vonn urged HIV-positive Canadians to familiarize themselves with disclosure law as it pertains to them. To that end, SFU is holding a free information session on Wednesday, March 30, at which Vonn will be a panelist.

“Understand the law,” Vonn said. “If this is news to you, there are resources that are available.”