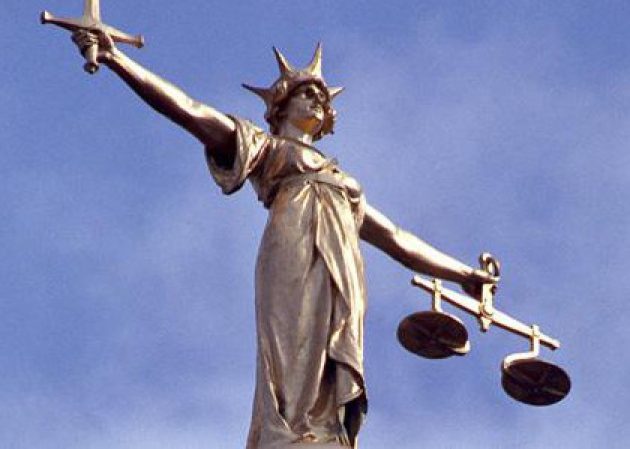 A newly disclosed document sheds some light on how Crown attorneys may have approached prosecuting HIV non-disclosure cases.

The Ministry of the Attorney General has released a document written by an assistant Crown attorney detailing her approach to prosecuting HIV non-disclosure cases.

The document discusses the admissibility of an accused person’s statements to public health as incriminating evidence — something human rights lawyers and HIV activists find troubling.

“The risk has always been that the use of an accused’s statements to public health would put a damper on HIV positive peoples’ willingness to be frank with public health, which puts their own health at risk and the population also at risk as well,” says Toronto lawyer Marcus McCann.

McCann says this approach could have a chilling effect on whether people with HIV will seek help from health professionals.

McCann obtained the document through a Freedom of Information request and subsequent years-long legal battle with the provincial government over whether the document should be disclosed.

Karen Shea, an assistant Crown attorney, wrote the document during the 2009 case of Johnson Aziga, an HIV-positive man who was convicted of murder for failing to disclose his status when he had unprotected sex with two women.

In the absence of an official set of prosecutorial guidelines for HIV non-disclosure cases, McCann first requested the document in the hope it could help discussions between the government and organizations that have been pushing the issue.

In November, the Divisional Court ordered MAG to release the document, and the provincial government decided not to appeal the decision.

The document includes a list of arguments against HIV non-disclosure criminalization and responses to them, which McCann says shows the government was aware of those critiques and had discarded them.

McCann says in the past there has been a view among HIV activists that they could push MAG to make meaningful change in the area if they could educate the ministry on current science.

“One of the things this document shows is that MAG knew full well what the concerns were with their approach and they were proceeding full steam ahead,” McCann says.

“It really is a document to my mind that is focused on prosecution at all costs and doesn’t take into consideration the kinds of situations in which a more lenient approach might be justified.”

Clare Graham, a spokeswoman for Attorney General Yasir Naqvi, says the document is not an official set of prosecutorial guidelines.

“The document is the work product of an individual Assistant Crown Attorney based on her knowledge and experience prosecuting HIV exposure and transmission cases,” she said in an email.

“The Assistant Crown Attorney prepared this document not only for her own use but also to assist her colleagues in a difficult and complex area of the law; however, this document is not a Ministry issued policy or guideline.”

In the legal proceedings concerning the document’s disclosure, MAG conceded that multiple versions of the document existed and that it had been shared on an intranet accessible to all Crown attorneys.

The document was disclosed as the Ontario Working Group on Criminal Law and HIV Exposure called for a moratorium on prosecutions in HIV non-disclosure cases, unless they involve allegations of intentional transmission, while discussions take place to develop an official set of guidelines.

The working group and its member organizations have been working for years towards the development of a set of prosecutorial guidelines.

The working group has obtained a commitment in the past from the provincial government, only to never see any guidelines materialize, Peck says.

“Unfortunately the dialogue over the past seven or more years, from our perspective, has not been meaningful,” says Ryan Peck, the executive director of the HIV & AIDS Legal Clinic Ontario, who sits on the working group.

But Peck says the working group is hopeful that it will be able to engage in meaningful dialogue with Naqvi, who has been attorney general since June.

Peck says the guidelines will need to be developed to bring the prosecutions of these cases in line with up to date science and human rights principles.

The group most recently met with Naqvi at a roundtable discussion on the topic on Dec. 5.

The federal government issued its own statement on World AIDS Day in early December acknowledging the effects of the over-criminalization of HIV non-disclosure. The statement, attributed to Justice Minister Jody Wilson-Raybould, committed to examining “the criminal justice system’s response to non-disclosure of HIV status,” saying this could include a “review of existing charging and prosecution practices, as well as the possible development of prosecutorial guidelines.”

Graham says MAG is committed to working with the federal government to “examine the law in this important area.”

McCann says he hopes the disclosure of the document will mean that both CLHE and MAG are starting future discussions on and equal footing.

“I feel like this document is part of a story and the last chapter is yet to be written.”