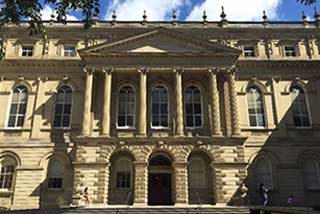 The Divisional Court has ordered the Ministry of the Attorney General to release a set of draft guidelines for prosecuting HIV non-disclosure cases.

An assistant Crown attorney developed the guidelines in the unprecedented 2009 case of Johnson Aziga, an HIV-positive man who was convicted of first-degree murder for failing to disclose his status when he had unprotected sex with two women.

The guidelines were shared throughout the province with Crowns involved in HIV prosecutions and uploaded to their intranet, says Toronto lawyer Marcus McCann, who sought the document as part of a larger Freedom of Information request.

The ministry refused to grant McCann’s request, arguing the guidelines were subject to solicitor-client privilege, but the Information and Privacy Commissioner sided with McCann.

“The fundamental unfairness that motivated me was that MAG has been able to avoid disclosure of this document simply by allowing Crowns to use this document created off the side of the desk without adopting it as official policy,” McCann says.

MAG sought judicial review of the privacy commissioner’s decision, but it was recently rejected by the Divisional Court.

The privacy commissioner, and later the Divisional Court, determined that solicitor-client privilege had actually been waived by the assistant Crown attorney who developed the draft guidelines, as they had been shared with a program manager with the Sexual Health and Harm Reduction of the City of Hamilton.

MAG also argued that the commissioner erred by failing to consider whether the ministry and the program manager had common interests, which would have preserved solicitor-client privilege. The ministry said the common interest was the reduction of harm and the protection of society, but the Divisional Court sided with the privacy commissioner, who said that interest was too broad and that the two entities have very different practical mandates.

“The Commissioner’s rejection of the common interest was reasonable. The result is justified, transparent and intelligible,” Justice Carolyn Horkins wrote in the Divisional Court decision, Ontario (Attorney General) v. Ontario (Information and Privacy Commissioner), which was released on Nov. 15.

It is not clear whether the provincial government plans to appeal the decision, but McCann says that if and once the document is released, it could help those being prosecuted in HIV-related cases understand how Crown prosecutors are approaching these matters.

For years, AIDS services organizations have pushed the provincial government to develop an official set of guidelines for prosecuting HIV non-disclosure cases, but with little progress. Between 1989 and 2013, around 155 people were criminally charged in Canada for not disclosing they had HIV and a majority of these prosecutions occurred in Ontario, according to the Canadian HIV/AIDS Legal Network.

Human rights lawyers say the problem with the lack of official guidelines for these HIV non-disclosure cases is that there is such a wide scope of charges defendants can face, some of which are very serious.

In 2010, a group called the Ontario Working Group on Criminal Law and HIV Exposure launched a campaign calling on MAG to create a set of prosecutorial guidelines. The ministry agreed to do so, but after years of consultations and delays, an official set of guidelines has not materialized yet.

“The current use of the criminal law is simply out of step with science and human rights,” Peck says. A handful of lawyers, including Peck, on the working group were allowed to review draft guidelines in November 2014. It is unclear whether these are the same draft guidelines McCann requested, as the lawyers who reviewed the guidelines are not permitted to discuss their contents.

The lawyers who viewed the draft guidelines asked that the ministry not issue the guidelines, and MAG complied with that request. The working group plans to meet with Attorney General Yasir Naqvi at a “minister’s roundtable” discussion, which is set to take place Dec. 5.

“They appear to be at loggerheads on the issue of not just should prosecutorial guidelines be drafted but what the content of them should be, and it’s my hope that this document being made public will help break that logjam,” says McCann.

Brendan Crawley, a spokesman for MAG, said it would be inappropriate for the ministry to comment, as the Divisional Court’s decision is still within the appeal period.