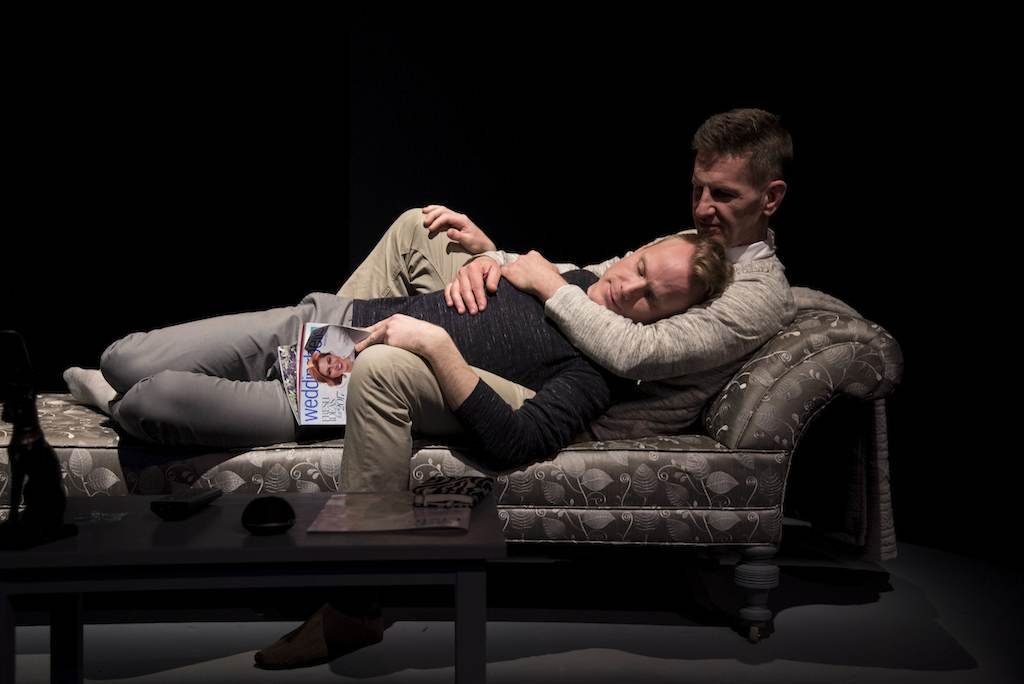 Drama about a couple affected by an HIV-positive man is a good introduction to thorny medical, legal and cultural issues

Gilbert shines a spotlight on Ontario laws, crafted during the AIDS crisis of the 80s and 90s, that still criminalize people with HIV who fail to disclose their status to sexual partners despite the advent of several drugs (including Truvada, referenced in the title) and practices that reduce the risk of transmission to near-zero.

Under the current law, people who fail to disclose can be charged with aggravated sexual assault (resulting in lengthy prison sentences and registry as a sex offender), or even attempted murder. Gilbert argues that these lagging laws produce draconian punishments and have become an instrument for unjustly targeting vulnerable members of the gay community.

The couple have an agreement that when the other is out of town, sleeping around is permitted so long as they both take the preventative drug PrEP and always use a condom. However, Travis procrastinates starting the drug, and during a fling with sketchy-dude Gideon (Caleb Olivieri) is subject to “stealthing,” a disturbing practice recently in the news in which someone removes a condom during sex without the knowledge or consent of the other participant.

Gilbert expertly muddies the water to show how complex the issue can be: Gideon turns out to be HIV positive (but with the virus at “undetectable” levels in his system), and calls Travis’s accusation of stealthing into question. Travis takes a “morning-after style” anti-HIV drug called PEP, and fesses up to Kurt, who goes ballistic and wants to use his powerful connections to put the already marginalized and precariously-living Gideon behind bars.

Rendered realistically with well-timed doses of humour, Gilbert’s narrative strategy relies on slowly making Gideon a sympathetic character. Olivieri is fine in the challenging role (Gideon has ADHD and other mental health issues), except for when his racing and scatterbrained way of speaking results in a few keys lines sounding muffled or flubbed.

Regardless, the show is an effective introduction and thorough exploration of this important issue.