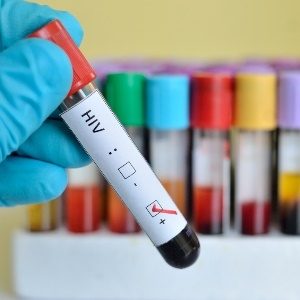 According to a recently published study, fear of prosecution over HIV non-disclosure was reported to reduce HIV testing willingness by a minority of HIV-negative men who have sex with men (MSM).

Even though HIV transmission risk is low with effective antiretroviral therapy (ART), non-disclosure criminal prosecutions among gay, bisexual and other MSM are increasing. Because reduced testing may decrease the impact of HIV ‘test and treat’ strategies, researchers aimed to quantify the potential impact of non-disclosure prosecution on HIV testing and transmission among MSM.

Researchers recruited 150 HIV-negative MSM attending an HIV and primary care clinic in Toronto from September 2010–June 2012. Eligible participants included males 16 years or older, HIV-negative patients, and those that had sex with another man in the previous 12 months.

Participants completed an audio computer-assisted self-interview questionnaire that incorporated demographic and sexual behavior characteristics. HIV-negative participants were asked whether concern over non-disclosure prosecution altered the likelihood of HIV testing. Answers were based on a 5-point Likert scale that ranged from much less likely to much more likely to be tested.

A total of 7% (9/124) were less or much less likely to be testing due to concern over future prosecution. There was no obvious socio/sexual demographic characteristics associated with decreased willingness of HIV testing to due concern.

Researchers estimated that this 7% reduction in testing could cause an 18.5% increase in community HIV transmission and that 73% is driven by unmet needs of HIV-positive undiagnosed MSM individuals.

“This reduction has the potential to significantly increase HIV transmission at the community level which has important public health implications,” study authors said in the study. “There are also great concerns surrounding how negative, crime-related framing of media reports and discourse surrounding HIV criminalization cases could deter HIV testing and increase HIV stigma and discrimination. Hence, HIV criminalization laws could also make disclosure and/or condom use conversations even harder.”

Study limitations include the fact that a clinic-based recruitment was used, which could lead to selection bias with respect to MSM seeking primary care. There was also not sufficient variability in the outcome in order to carry out a multivariable analysis.

Even though the full impact of non-disclosure laws are unclear, decreasing the population on ART through reduction in HIV testing will not reduce transmissions. Future studies are needed to determine the awareness and knowledge of HIV criminalization laws among HIV-positive and HIV-negative individuals. It’s also unclear if never having had a positive HIV test would be a legitimate argument against possible future prosecution.

The study, “Prosecution of non-disclosure of HIV status: Potential impact on HIV testing and transmission among HIV-negative men who have sex with men” was published February 2018 in PLOS One.