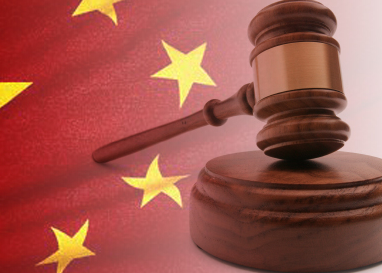 China’s highest court and public prosecutor have outlined a series of standards to mete out punishment for crimes relating to prostitution and the transmission of HIV.

The joint legal interpretation, released Sunday and effective since Tuesday, aims to strengthen the protection of children, women, and other vulnerable groups. It stipulates that forcing girls under age 14 into prostitution is categorized as a “serious violation” under the crime of coercing others into prostitution, and is punishable by a minimum of 10 years to life in prison.

The stipulation emphasizes that individuals do not need to have coerced more than one child into prostitution or committed the crime multiple times to be charged with a “serious violation.” Recruiting more than 10 people into prostitution, or more than five people from vulnerable groups — including minors, pregnant women, and the mentally disabled — also constitutes a “serious violation.”

Another significant point highlighted in the new interpretation is that people with HIV who knowingly transmit the virus to others through prostitution — as either buyers or sellers of sex — will face severe punishment for intentionally causing injury, even in cases where barrier contraception, such as a condom or diaphragm, was used. Punishments for those who transmit HIV through sexual conduct other than prostitution, however, will be considered on the basis of whether individuals are deemed to have intentionally neglected to take precautionary measures.

“The primary consideration is that those with HIV should be able to lead a normal life, that they should not encounter discrimination in making friends, and that their dignity should be respected,” an official at the Supreme People’s Court told ChinaCourt.org, a state-run website for judicial affairs.

“AIDS patients face discrimination in society generally,” Lü Xiaoquan, a women’s legal aid lawyer at Qianqian Law Firm in Beijing, told Sixth Tone. “The disease causes them to suffer not only physical harm, but also mental harm.” Lü added that in his view, the new guidelines are clearly intended to protect potential victims rather than further stigmatize carriers.

The interpretation also mentions that using social networks to sell sex is punishable by law, and that those who lure people into prostitution, provide premises for the sale and purchase of sex, or solicit sex themselves can be convicted of the crime even if they have not profited from it.

The previous interpretation on prohibiting prostitution was published by the same judicial authorities in 1992. Lü believes the fact that the former interpretation lagged behind the practical need to fight crime today is what led to this new interpretation, based on the ninth amendment to the country’s penal code, passed in 2015.

“The interpretation provides clear and unified standards for fighting crime, and this has the potential to eradicate random enforcement and unfair penalties,” Lü said. “However, good legislation is not enough — fair judgment and strict enforcement of the law are also needed.”