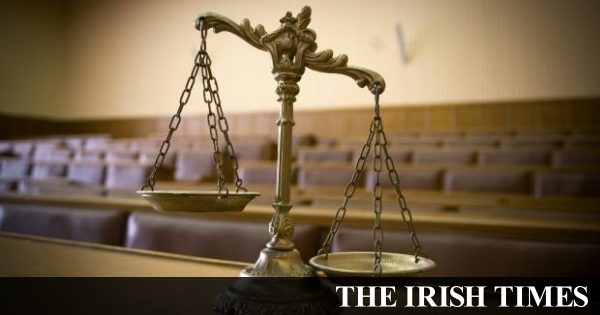 ‘Should society criminalise intimate relations between people in their mid-teens?’

The ways in which deception or pressure might negate consent are among the matters to be considered in a major review of sexual offences laws.

The review, being conducted by the Law Reform Commission, will also look at the age of consent, which is higher in Ireland than in most European countries.

NUI Galway lecturer in law, Tom O’Malley, who is a member of the commission, told its annual conference that the issue of consent remains a very contentious topic and one that many countries are trying to grapple with.

“When you have more subtle forms of pressure being applied, does that negate consent?”

He asked: What if a teacher or university lecturer told a student they would be failed unless the student slept with the lecturer, and the student did. “Is that rape?”

Suppose that a lecturer said a student would be given a first, rather than a 2.1, if the student slept with the lecturer, “would that be the absence of consent?”

“Those are the types of difficulties that are there and we have to grapple with them,” he said.

Speaking to The Irish Times, Mr O’Malley said that as part of its review, the commission would also be looking at how deception might influence consent.

For instance, he said, what if a man had not told a woman he was HIV positive prior to having sex with her. Would that affect the issue of consent and allow the man be charged with rape? Of if a man had promised a woman he would marry her, and then did not?

Another matter that will be looked at, he told the conference, is the age of consent. At the moment it is 17 years, and 18 years in cases where one of the parties is a person in authority.

“The real issue”, he told the conference, is whether society should criminalise intimate relations between people in their mid-teens.

While the age of consent is high in Ireland in comparison with most European countries, the Criminal Law (Sexual Offences) Act 2017 “mitigates the rigours of the law” by exempting a person who is younger or less than two years older than the child they had sex with, provided the child was between 15 and 17 at the time, and consented.

The commission will also look at the law on incest, which criminalises vaginal sexual intercourse between blood relatives.

Consenting intercourse between an adult brother and sister, even if there is no risk of pregnancy, is a crime. “One might question if such conduct should be criminal.”

As well as his work with the commission, Mr O’Malley is also the chairman of a working group set up by the Department of Justice and Equality which is reviewing the investigation and prosecution of sexual offences. It is due to report later this year, he said.

The chief executive of the Dublin Rape Crisis Centre, Noeline Blackwell, said sexual offences were different to most other types of crime as they involved activity that is normally seen as healthy and good. Sexual crimes are particularly “disruptive” for the victim, she said.

Victims are badly served by the criminal justice system and the fact that approximately 90 per cent of sexual offences are not reported damages the rule of law, she said.

From the point of view of victims, the criminal justice system remains “a lonely and a difficult and a hostile place.”