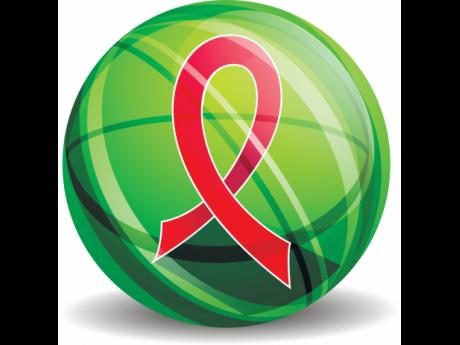 According to the 2017 Knowledge, Attitudes and Behaviour Survey by Jamaica’s Ministry of Health, one out of every five persons with multiple sexual partners never used a condom the last 10 times they had sex.

Fortunately, due to certain features of HIV and of our immune system, HIV does not always get transmitted every time someone is exposed. According to a top scientific journal, there is a one in 300 chance of the virus being passed from a man with HIV to a woman during sex. The overall risk goes up with each additional sexual act. The possibility exists that infection can occur the first time you have sex. The risk increases in certain situations, including the presence of sexually transmitted infections like syphilis and the time period just after becoming infected.

Avoiding HIV testing, some persons wrongly presume themselves to be infected based on the possibility that they had been exposed, or they wrongly presume themselves to be negative if a partner tests negative. No public-health initiative, indeed no law, obviates the importance of individuals taking responsibility for their health, embracing their right to pleasurable sex, yes, and empowered to seek out accurate information, getting tested regularly, and using protection.

Because we have become so accustomed to all the things that are wrong with our health system and legal system, we assume a state of powerlessness and thereby continue to embrace the status quo. Unfortunately, the set-up of some clinics is such that your diagnosis is made obvious by virtue of walking into a particular room.

The absence of anti-discrimination laws contributes to unfair treatment of persons living with HIV who are pressured out of their jobs, with a downhill spiral of their economic and health status. There is increasing access to redress for those who experience discrimination, and stigma from healthcare workers may be decreasing, but not nearly enough. The implementation of evidence-based prevention measures is slow, and I am hard-pressed to think of anything that could justify the withholding of such measures, especially in light of the fact that HIV infections have not stopped, many persons with HIV are deterred from accessing treatment, and majority of those in care have not attained optimal health status.

Criminalisation related to HIV is a seductive distraction from what we really should be focusing on.

In Scotland, a 20-year old man was convicted based on similarities in the genetics of HIV in his blood sample and his wife’s sample. His wife had reportedly contracted HIV from him during sexual intercourse in the two to three months right after he had become infected during a prior incarceration. The risk of transmitting HIV is 30 times greater in the first few weeks of becoming newly infected due to the large amount of HIV circulating in the body before the immune system manages to get a temporary hold on this new germ.

In Canada, a man was convicted under existing laws, charged with assault with a deadly weapon, after having sex without a condom with at least two women, despite a nurse’s insistence that he should disclose his HIV status. The Crown found that under Section 268 of Canada’s Criminal Code, the man’s sexual partners’ lives had been endangered, and no transmission needed to have actually occurred.

More than 60 countries have had prosecutions related to exposure, non-disclosure or transmission of HIV. One-half of these countries have done so under pre-existing laws, the others under specific legislation related to HIV. Adequate protection and remedies can be found in existing criminal laws, and the stigma of HIV-specific criminalisation can be avoided.

PUBLIC HEALTH AND THE LAW

Jamaica’s Joint Select Committee to review the Sexual Offences Act recommended that the law “should be amended to make it a criminal offence for someone to wilfully or recklessly infect a partner.” Concerns have been voiced as to whether criminalising HIV transmission will discourage persons from knowing their status.

According to researchers at the University of Edinburgh, a 25 per cent drop in HIV testing could result in a 50 per cent increase in HIV infections. Persons may be deterred from testing as they may believe that not knowing their status means that they are not at risk of being charged under the proposed law.

Although testing may be available virtually everywhere, stigma and privacy concerns are serious impediments to HIV testing being truly universally accessible.

During discussions, it is not always clear what exactly it is being proposed should be criminalised. What is the evidence to be relied on to prove that transmission occurred from person A to person B? Techniques for proving transmission from one person to another still require standardisation, are costly, and not widely available.

SCIENCE AND THE LAW

Another concern is whether a laboratory could be served a warrant, demanding that it hand over blood samples from patients. It may be possible to deduce ‘clusters’ of individuals linked by similarities in the genetic make-up of the HIV virus. Based on such clusters, individuals could become stigmatised based on assumptions that they belong to a particular social sexual network, for example, sex work or intravenous drug use, be it true or not. Information about the genetic make-up of a human being can be deduced based on unique ‘footprints’ left on the virus by an individual’s immune system.

Currently, this may seem like innocuous information, but if a particular genetic feature is subsequently found to be linked to one’s risk for cancer or lifespan, for example, one can imagine this information being (mis)used to influence insurance premiums or reproductive decisions.

Further, there is scientific proof that HIV is not transmitted from someone living with HIV who sticks to their antiretroviral medications resulting in totally suppressed HIV virus to the point where it is undetectable in the blood and semen and other body fluids.

The World Health Organization has adopted this as an important strategy in stopping the HIV epidemic. There remains room for improvement in raising awareness of these positive developments among patients, clinicians, and advocates, not to mention lawmakers.

Discussions about criminalisation of HIV can easily fall trap to fearmongering. A fundamental question is whether such legislation is helpful or would pose a hindrance to getting the thousands of Jamaicans who do not know their status to test and to retaining those who are receiving care.

[The views expressed are my own, and not necessarily those of any affiliate past or present.]