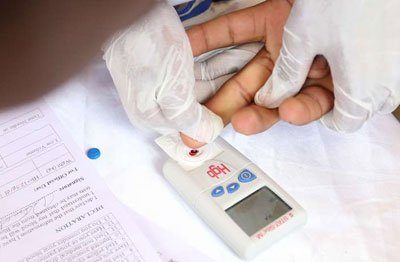 The government could be shooting itself in the foot in the ongoing efforts to contain the spread of HIV and Aids by allowing the Director of Public Prosecutions (DPP) to arrest and commence criminal trial against those suspected of spreading the virus.

The state has been calling on the public to come out openly and seek testing and treatment.

However, recent events where the DPP wants a 42-year-old woman in Nakuru jailed for breastfeeding and infecting her neighbour’s nine-month-old baby with HIV last year, could undo the gains already made in containing the spread of the virus.

It is feared that such prosecution may discourage others from going public about their status and seeking treatment among other state interventions aimed at curbing the virus.

The law under which the woman was charged, Section 26 of the Sexual Offences Act, is also the subject of litigation at the High Court by HIV positive persons (PLWHA) who want it repealed.

The woman’s lawyer, Ms Jenifer Mugweru, is appealing the orders issued by a magistrate on October 18, requiring her to provide her blood samples to be tested for HIV.

The woman who is out on a Sh50,000 bond is said to have committed the offence on September 18, 2018 at Gichobo area in Njoro Sub-County.

The HIV and Aids Prevention and Control Act (Hapca), which has been in force since 2009, provides at Section 14 that, “No person shall undertake an HIV test in respect of another person except: (a) with the informed consent of that other person.”

Informed consent refers to consent given with the full knowledge of the risks involved, probable consequences and the range of alternatives available.

“Informed consent for HIV testing means that the person being tested for HIV agrees to undergo the test on the basis of understanding the testing procedures, the reasons for the testing, and is able to assess the personal implications of having or not having the test performed,” the HIV and Aids Tribunal ruled in one of its decisions.

In their application challenging Section 26 of the Sexual Offences Act, and its subsections, people living with HIV and Aids argue that it could undermine government efforts to eradicate or contain HIV and Aids spread.

They have interpreted section 26 of the Sexual Offences Act to imply that a person living with the disease is a potential criminal, who needs to be prosecuted and jailed, should it be established that he or she is “spreading” HIV/Aids.

Section 26(1) of the Sexual Offences Act provides that “any person who, having actual knowledge that he or she is infected with HIV or any other ‘life threatening’ sexually transmitted disease, intentionally, knowingly and wilfully does anything or permits the doing of anything which he or she knows ….

“ … (a) Will infect another with HIV or any other ‘life threatening’ sexually transmitted disease … Shall be guilty of an offence, whether or not he or she is married to that other person, and shall be liable upon conviction to imprisonment for a term of not less than fifteen years but which may be for life.”

The effect of this section and its subsidiary sections is that it perpetuates discrimination, stigma and fear against persons with HIV/Aids.

Living with the disease makes a person a criminal waiting to be arrested, prosecuted and visited with a lengthy jail term.

“It therefore discourages people from testing for HIV, seeking treatment and disclosing their status,” the litigants said in court papers.

According to people living with HIV and Aids, knowledge of one’s HIV status is important because it allows one to seek treatment and greatly reduces if not eliminates the risk of further transmission.

It also makes it possible to employ a range of other transmission prevention strategies and can improve expansion of HIV diagnosis and treatment, therefore a necessary condition for a successful HIV response.

“Section 26 of the Act thereby threatens progress gained and severely constrains further progress in Kenya’s response to the HIV epidemic,” the PLWHA argue.

The section, according to the group, also intrudes on the privacy of marriage between consenting parties, it creates stigma and discrimination against couples in which one partner has HIV and the other does not (discordant couples).

It criminalises consensual physical intimacy between partners, threatens to separate families by removing a parent or partner from the family to be incarcerated (it criminalises procreation between discordant couples).

The group says the section creates stigma and discrimination against breastfeeding whereas this is the means by which most people in Kenya nourish their infants, and the only practical means by which to do so for many as well as the medically suggested means including people with HIV.

“And in that it threatens to separate children from their parents by removing the parent from the child to be incarcerated for lengthy periods on the basis of their HIV status, whereas it is in the presumptive interest of the child to be raised by both parents,” said PLWHA in court papers.

The group also takes issue with the meaning of the term “life-threatening sexually transmitted disease” or what constitutes it, saying it has not been explained in the Act, and the law is therefore vague in that respect.

The state in defending the law disagrees with the arguments being advanced by the group, saying the challenged provisions are clear, precise, unambiguous, and do not disclose any infringement of their constitutional rights.

The group wants the court to declare Section 26 of the Sexual Offences Act unlawful. The case is still pending in the high court.

Further, that it is important to appreciate why section 26 of the Sexual Offences Act was enacted.

“While examining whether a particular law is unconstitutional, the court must have regard not only to its purpose but also its effect. The purpose of section 26 of the Sexual Offences Act was to address the intentional spread of HIV and Aids,” state counsel Anne Wanjiku Mwangi in court papers.

Despite the opposition from the State, persons living with HIV and Aids want the courts to declare section 26 of the Sexual Offences Act unlawful.