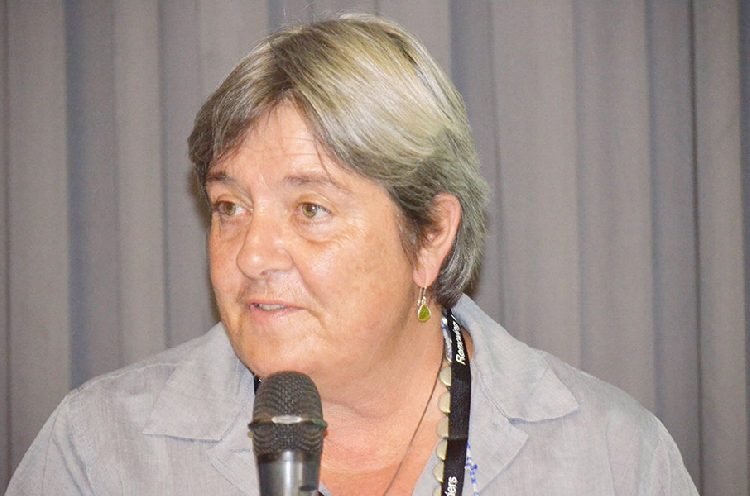 IT is very difficult to prove that someone infected another person knowingly with HIV and to then prosecute them, said Michaela Clayton, director of the AIDS and Rights Alliance for Southern Africa, last week.

Clayton said this in an exclusive interview with The Namibian on the issue of criminalising intentional HIV infection and to prosecute those believed to have transmitted the disease maliciously.

“It is very difficult to prove who the source of the infection is, because you will have to exclude every other sexual contact and every other potential risk that the person might have been exposed to in terms of HIV infections,” she said.

“You will then have to prove that the person knew that they were infected with HIV at the time of the intercourse, and that they failed to disclose that to their partner,” said Clayton, adding that many sexual offence cases were thrown out of court because “there would be no one to witness and there is no physical evidence”.

Criminalisation of intentional HIV transmission has become a concern in the management of the disease, with many countries adopting laws that allow for prosecuting those who knowingly spread the virus.

Clayton said the focus of lawmakers should be on how to use the law “to respond to the spread of HIV and effectively deal with the epidemic”.

Recently, the Confidénte newspaper reported about a woman who demanded money from her partner for allegedly knowingly infecting her with ‘a chronic disease’.

Pictures of the two individuals were widely shared on social media platforms, and many critics argued that intentional infection should not be criminalised as it would increase stigma and could lead to suicides and mental problems. Clayton said although it was difficult to prove the source of the infection, Namibia has laws that can be used to get justice for the person claiming to have been intentionally infected with HIV, such as “assault with intent to do grievous bodily harm”.

Clayton said the police could be approached and a case opened, and the accused person could potentially be prosecuted for assault, but then the accuser would have to prove that they had not had sexual contact with any other person.

She said a person would also not be found guilty if they had been on anti-retroviral therapy (ART), “which at times suppresses viral load and makes it impossible to infect another person”.

CRIMINALISATION AROUND THE WORLD

A report published last year indicates that 72 countries have adopted laws that criminalise intentional HIV infection. In most countries, HIV infection is listed as the only chronic disease subject to criminalisation.

The report further states that about 61 countries have recorded prosecutions for HIV “non-disclosure, potential or perceived exposure and/or unintentional transmission”.

According to Aljazeera reports from last year, the US has laws that allow for HIV positive people to be criminally charged for spitting on or biting someone.

Aljazeera also reported that an HIV positive person could end up serving a lengthy prison sentence for not disclosing their status before having sex or sharing needles.

According to the report, the criminalising of HIV infection has become concerning in Africa.

“The rise of reported prosecutions in Africa during this period [2016] (in Botswana, South Africa, Uganda, and especially Zimbabwe), along with the continuing, growing number of HIV criminalisation laws on the continent, is especially alarming,” stated the report.