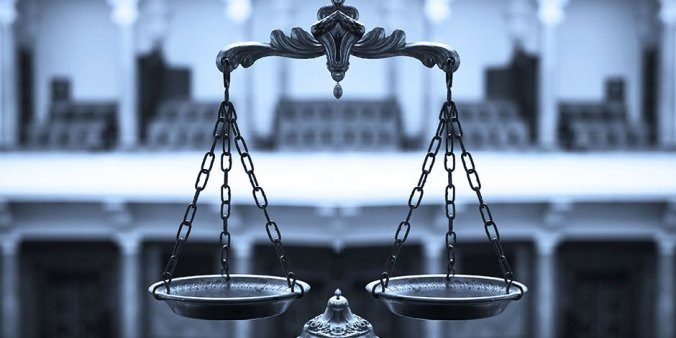 A victim of the first person prosecuted for infecting others with HIV says she is against making criminals out of transmitters.

Marama Mullen believes it only pushes the issue further underground.

The Waikato woman was given HIV by Kenyan musician Peter Mwai who was jailed for seven years in 1994 for having unprotected sex with seven women and infecting two.

Just 22 years old at the time, Mullen said she couldn’t “really fathom” what the trial would mean.

“Quite a few times I wanted to stop and back out because of the lack of support for being the person who was doing it. There was a lot of media and a lot of people had differing views and opinions.

“But a lot has changed for me since then – I’ve actually become an advocate for not criminalising the spread of HIV because I truly believe it creates more stigma.”

She’s now spent more than a decade working with agencies for HIV aids as well as indigenous groups. She said the stigma of infection was especially harmful for Maori and Pasifika people.

“You’re disappointing your family double – it’s one thing if you’re gay but to add to that the stigma of being HIV positive is another.”

Mullen said it was common for people of Maori or Pasifika descent to go into denial about their condition and believes that may have been the case for Mikio Filitonga.

“When you tell someone you’re positive, it gives them the power to do what they want with that information.”

Mullen said she “felt for” Filitonga because if he was in denial, being publicly identified in a criminal trial as a HIV positive person was the “worst thing that could have happened to him”.

Usually when people didn’t disclose their status it was more to do with the fear of rejection rather than a criminal intent to infect, Mullen said.

She doesn’t think prosecutions are the best approach unless the person actively intended to infect someone.

Making someone a criminal as well as HIV positive only worsened the problem, she said.

Mullen has worked on a management plan – similar to one in Australia – which refers people suspected of infecting others to an agency.

It would to establish whether there are any mental health or cultural reasons behind their actions and whether a prosecution is necessary.

Mullen said it was “sitting on a bureaucrat’sdesk somewhere” yet to see the light of day.

Today’s medication is able to suppress the virus to the point it is undetectable and non transmittable so it was questionable as to whether someone even needed to disclose their status to partners.

Mullen said she believed if a person was dutifully taking their medication, they were taking enough precautions not to pass on HIV.

Within two months of taking the antiviral drugs, Mullen said her viral load – the amount of HIV in someone’s blood – dropped from 1000 which was “heading towards Aids” to it being undetectable.

She’s since been able to have two children – who are both HIV negative – and live a totally normal life.

Except for the stigma.

After being an outspoken advocate for acceptance, she’s considering moving from the Waikato to live incognito for the sake of her children.

Other parents have tried to get her 10- and 7-year-old kicked out of school, they’ve been bullied, had people refuse to go to their home and have been excluded from birthday parties – despite both being negative.

“The biggest message we want to get out there is that if we’re on medication we can’t infect people and we’re not transmittable.”

Executive director Jason Myers said a prosecution should only happen if someone acted with the express intent to transmit the virus.

“Broad application of criminal law to the transmission of HIV has the potential to do significant damage to the public health and human rights based HIV response in New Zealand.

“It also increases the HIV stigma and discrimination experienced by people living with HIV, the vast majority of whom take care of themselves and their sexual partners.”

Myers said they knew the vast majority of people living with HIV who know their status act responsibly to take care of the health of both themselves and their sexual partners.

1994 – In a highly publicised case, Kenyan musician Peter Mwai was the first person charged with infecting someone with HIV. He sentenced to seven years jail for having unprotected sex with five women and infecting two with HIV. Deported in June 1998 having served four years in jail here, Mwai died in Uganda in September 1998.

1999 – Former male prostitute Christopher Truscott held in “secure” care (he has escaped many times) in Christchurch after being prosecuted in 1999 for having unprotected sex with four men.

1999 – David Purvis, a 31-year-old Pakuranga invalid beneficiary, sentenced to four months jail for committing a criminal nuisance by having unprotected sex with another man. Pleaded guilty.

2004 – Zimbabwean Shingirayi Nyarirangwe, 25, was jailed in Auckland for three years after pleading guilty to four charges of criminal nuisance and three of assault.

2004 – Justin William Dalley, an unemployed 35-year-old of Lower Hutt, was sentenced to 300 hours of community work, six months’ supervision and to pay a woman $1000 in costs because he did not wear a condom during sex with her, despite knowing his HIV positive status. The woman did not contract HIV.

Soon after, he was acquitted of a similar charge because he wore a condom and thus set the legal precedent that by wearing protection an HIV positive man is taking “reasonable precautions” against infection and need not disclose his HIV status.

2009 – Auckland train driver Glenn Mills took his own life facing re-trial for 28 charges relating to 14 people. He had been in custody for over six months.

November 2016 – Christchurch man Johnny Lumsden, 26, is arrested and charged with criminal nuisance following accusations he had unprotected sex with several men without telling them he was HIV-positive.

THE LAW AND HIV

• If you are HIV positive, you do not have to disclose your status before having intercourse as long as you are using a condom.

• If the sex is unprotected, the HIV-positive person has a legal duty to disclose his/her status.

During Mikio Filitonga’s trial, the court heard from Dr Graham Mills, an infectious diseases expert at Waikato Hospital. He said the most common mode of HIV transmission in New Zealand is male gay sex with 80 per cent of positive people believed to have been infected that way.

More than 50 per cent those who are HIV positive – 1500 to 2000 people – in New Zealand are believed to be living within the Auckland District Health Board’s boundaries.

Current estimates are that there are up to 4000 people in NZ who are HIV positive, he said.