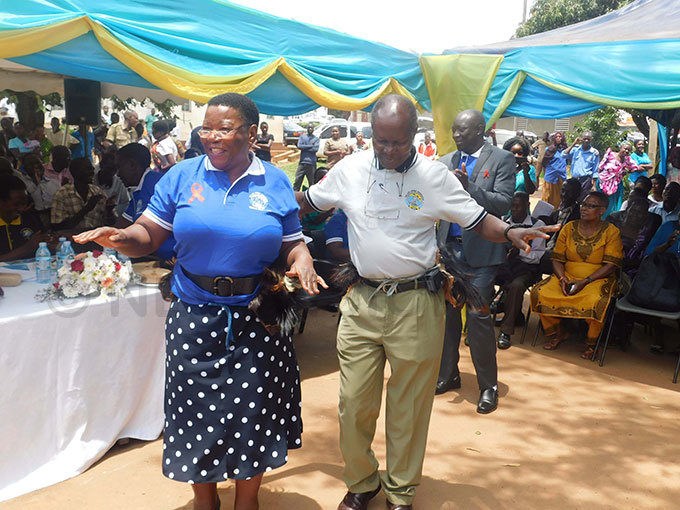 “Whereas the law contains important commitments by government for the HIV and AIDS response in Uganda, there are some “poisonous” clauses that could deter all the benefits realised in the fight against the scourge,” she said.

The founder of The Aids Support Organization (TASO), Noerine Kaleeba, has castigated members of parliament, saying they approved the AIDS law which is awash with numerous contentious clauses.

“Whereas the law contains important commitments by government for the HIV and AIDS response in Uganda, there are some “poisonous” clauses that could deter all the benefits realised in the fight against the scourge,” she said.

In 2014, Parliament endorsed the HIV and AIDS Prevention law, which came into effect the same year on July 31, when President Yoweri Museveni assented to it. The law seeks to provide for a legal framework geared towards the prevention and control of HIV.

The law requires mandatory disclosure of one’s HIV status, failure of which would be regarded as “criminal”, and attempting to or, intentionally transmitting the virus. Failure to use a condom where one knows their HIV status would constitute a criminal offence, making them liable for prosecution.

Speaking during the 29th Centre General Meeting (CGM) of TASO Mulago last week, Kaleeba regretted that these provisions in the law do not only stigmatise and discriminate against people living with HIV but also deter communities from seeking HIV services such as HIV Testing and subsequently HIV treatment.

She said that the clauses have fueled domestic violence in homes since the couples each blame one another for intentionally transmitting the virus. She said it is naïve to think that the person who tests first is the one who infects the other, it could be the other way round.

“Honestly, how can it be proven that indeed the HIV of the accuser was got from the accused? There is fear that public knowledge of one’s HIV positive status would be used against them due to personal differences,” she says.

She argued that this will ultimately discourage people from testing to know their status fearing that if found positive, their status could be used against them in courts of law at any point in time. It should thus be noted that one who does not know their status cannot be held liable under this law.

“We should avoid creating scenarios where people living with HIV/AIDS are looked at as criminals or potential criminals,” She says. Adding, “People will inadvertently live with the virus without accessing treatment and by the time they get to know their status it will be too late.”

Kaleeba says that both members of the previous parliament and the President (who signed the law) acted out of ignorance, and therefore made a mistake. She prays that the 10th parliament doesn’t have to keep the error, and this is urgent.

She also hailed the appointment of Winnie Byanyima as the new executive director of UNAIDS, saying it has come at the right time as we are closing the chapter of HIV/AIDS. She said Byanyima is an exceptionally good manager, and her appointment will elevate our country.

“She will definitely give a mirage to Uganda even for those who didn’t know Uganda, will come to know the country, whether they like it or not. The world will say the new UNAIDS ED comes from Uganda, and that way our reputation will be elevated. People living with HIV, therefore, need to double their efforts especially on issues of taking their medication,” she said.

“Strict adherence to treatment is where the war is. When you religiously adhere to your medication, your viral load becomes undetectable, meaning you will not transmit to others. Let us be exemplary and merit Bwanyima’s confidence.”

Responding to Kaleeba’s concerns, the guest of honour, Florence Nambozo, who is also woman MP for Sironko and chairperson HIV/AIDS committee, assured over 800 people who turned up for the CGM that she will talk to her fellow members of parliament to make sure that the law is amended.

She said Uganda is making good progress in the HIV fight and urged people living with HIV to stick to treatment since the ARVs are available and free in all government health facilities.

The Centre Program Manager TASO Mulago, Godfry Mafabi revealed that by end of July TASO Mulago had recorded a cumulative total of 7754 compared to last years’ 1145 in care against a target of 8371 to be achieved by September 2019.

Mafabi said that since the last AGM 918 clients were initiated on ART, of these 23 were children and 139 adolescents, and 756 were adults compared to 663 who were started on ART between 17 August- July 18. The suppression rate is currently at 97% surpassing the new national target of 95% target.

However, the institution is still faced with challenges of funding since the time the donors pulled out. The number of staff was also reduced at the facility to 27 from 75, which is a big setback. We are using expert clients to handle new clients, he said.