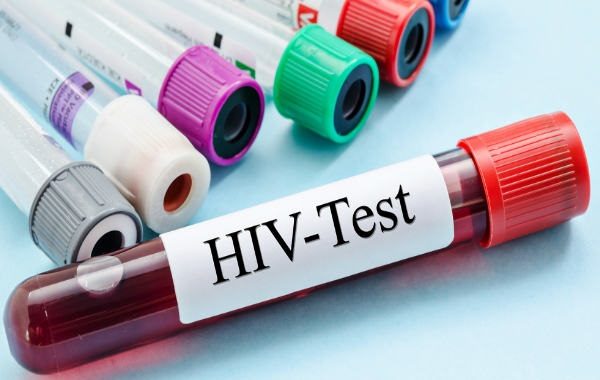 Kampala, Uganda | IAN KATUSIIME | Rosemary Namubiru, a nurse, was in 2014 sentenced to three years in jail for criminal negligence over what seemed a potential infection of a baby with HIV the virus that causes AIDS. Her crime was that as an HIV positive nurse, she placed the life of a baby in danger when she pricked herself with an injection she was administering.

In her defence, Namubiru said she pricked herself accidentally as sometimes happens among medical workers. But her pleas were cast aside as police and swarms of media cameras swooped on her. Test results for HIV infection on the baby were negative but Namubiru still served her sentence.

When she was released after one year of her sentence, she reportedly got threats to harm her from her neighbours and had to travel to the countryside and stay away from her home in Kampala for several months for her safety.

Although Namubiru was not charged under the HIV and AIDS Prevention and Control Act 2014, her case was widely discussed recently at a symposium organised for journalists by Uganda Network on Law, Ethics and HIV/AIDS (UGANET) meant to discuss better ways for which the media can report about the law. The symposium was held at Imperial Golf View Hotel in Entebbe.

UGANET has already challenged the law in the Constitutional Court but they say the symposium with journalists on Nov.6 and 7 was necessary to carry out more media sensitisation on the law.  They said they have faced an uphill battle challenging the law; especially its provisions on disclosure of HIV status.

“The vagueness of some provisions of the law has caused many arrests,” says Dora Musinguzi, the Executive Director of UGANET.

Some of the contentious provisions of the law include Article 18 (2) (d) where the results of an HIV test may be disclosed or released to “a medical practitioner or other qualified officer who is directly involved in the treatment or counselling of that person, where the HIV status is clinically relevant.”

Musinguzi says this is “too wide a window” for the medical officer to operate in. The other provisions of the law are those that criminalise “attempted transmission of HIV” and “intentional transmission of HIV”. The argument against this provision is that it interferes with medical ethics and the doctor patient relationship. She added that criminalisation of HIV positive persons fuels discrimination as happened in the case of Namubiru.

Members of UGANET were unhappy with the way journalists covered Namubiru’s arrest. The general feeling was that the media led the public trial and conviction of Namubiru.

Government is fighting people with HIV

Beatrice Were is the embodiment of living positively with HIV; the virus that causes AIDS. She was a young woman when she discovered she was HIV positive in 1991. Two years later, she lost her husband and thought her world had ended. She even wrote a will. But thanks to a support environment, she took on a new turn as an HIV activist. Over the years, she has spoken at various forums both in Uganda and abroad.

However a few years ago, Were said at the symposium, she started worrying not because of the deadly virus but due to the HIV and AIDS Prevention and Control law.  She said it has hindered some of her dreams.

“I love children and have always wanted to start a kindergarten but that law may kill the business,” she said and is worried of Article 18 (2) (e) in the HIV law which states that results of an HIV status may be disclosed to “any other person with whom an HIV infected person is in close or continuous contact including a sexual partner, if the nature of contact, in the opinion of the medical practitioner or other qualified officer, poses a clear and present danger of HIV transmission to that person.”

This means that a doctor can disclose the status of someone living with HIV to friends, workmates depending on the doctor’s assessment of the closeness. This possibility is something that alarms activists like Were.

She says the law ignores the high level of stigma attached to HIV/AIDS sufferers in Uganda and the caution required when disclosing a positive status.

She says, for example, she cannot start a kindergarten for fear of the law because a medical practitioner might disclose her status to children under her care and frighten some of them even if she poses no danger to them.

“I feel like the government is fighting people with HIV,” she says.

She says the proposed law is the latest sign that the government is making lots of steps backwards since the 1990s when it was regularly praised for its progressive policies on HIV/AIDS.

Were and other members of UGANET say the government largely ignored their views as the law was being made despite efforts to make their contribution.

HIV activists say that with the law in its current form, fewer people will be willing to come out on their status given the current environment.

“When the law is not there, you see a lot of Beatrices (Were) and less of Namubirus,” Musinguzi remarked.

“While some of these laws are well intentioned, mandatory testing laws are regressive,” says a lawyer who did not want to be named. “They drive people away from health facilities for HIV prevention and counselling,” she added.

Were says she is concerned about those who unlike her may fear disclosing their status and withdraw further due to the current legal regime.

“The law is a toxin in the environment of HIV where we have invested so much in the fight,” she said.

But Dr Medard Bitekyerezo, the chairman of the National Drug Authority and who was key in the composition of the law when he was a Member of Parliament for Mbarara Municipality says those who are against this law are being ‘’selfish’’.

“What happens when someone who smokes marijuana rapes your 12-year old daughter and infects her? Of course you test her and also this person to protect other people from him,” he explains.

Bitekyerezo says in the process of making this law, he and other MPs made serious consultations where a number of case scenarios were drawn up. “We are not traumatising or criminalising anybody. What is wrong with somebody knowing their status and then putting a safeguard? Let them not be selfish.”

He tells The Independent that part of the information that was used during the making of the law was gathered when he was chairman of Board of Trustees AIDS Information Centre (AIC).

On the charge of criminalisation, he says not everybody with HIV is bad-hearted. “There are some people who have HIV and behave more responsibly than those who are negative,” he adds that some of those who are positive are living safer lives.

Bitekyerezo who says he spent a lot of time in Mbarara treating HIV positive people says some of the clauses in the law have been misinterpreted. “There is no doctor who is going to disclose anyone’s status. He says the law is meant to help people who may be positive but have negative partners and are looking to conceal their status from the negative one.

“Activists don’t want to help people. The message to doctors and nurses is simple- safeguard the people in your hands, protect them from HIV.”

Outside the air-conditioned conference rooms of the luxurious Imperial Golf View Hotel, as those for and against argue and face off in courts of law, the media must now find new ways to cover contentious cases of HIV positive persons like Namubiru who get caught  under a disputed HIV law.